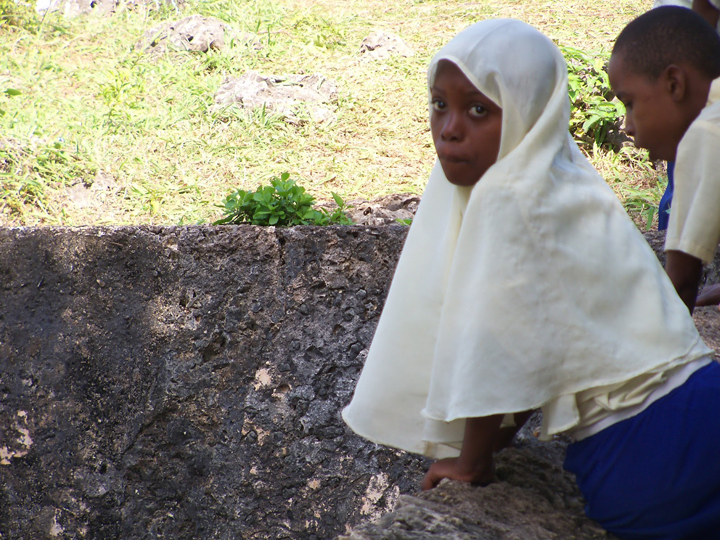 David Livingston, the English explorer, is given a lot of credit for halting or ending the slave trade here, but according to my guide, the abolition of the trade was an added benefit for Africans, similar to the bonus prize when the Confederacy refused to join the Union, and Africans were released from bondage Jan. 1, 1863.

He said Livingston’s maps made it easier for the Arabs to penetrate the “interior” and that after the British abolished slavery, the Arabs continued at the Mangapwani Caves located about “20km north of Zanzibar Town along the coast” (Lonely Planet 144). 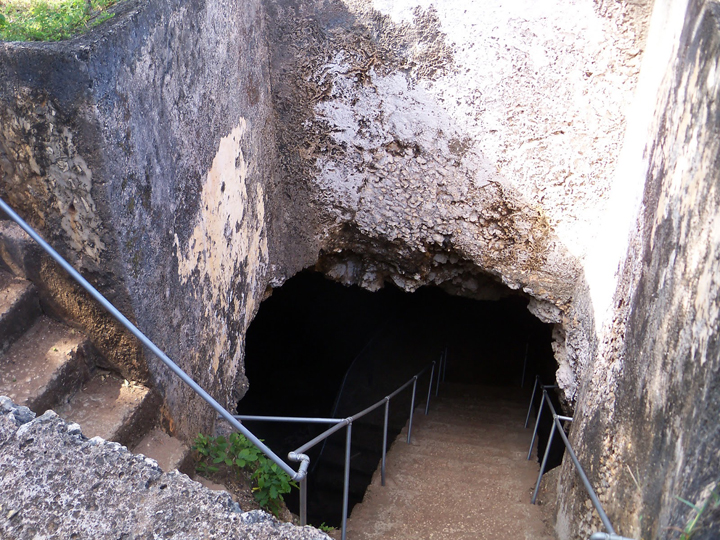 There are two spots, one a contested natural cave which has stairs carved into it so one can descend into the large open space where there is a source of fresh clear water. So even though the enslaved Africans marched into the cave from the beach after the dhows (sailing ships used by Arabs on the east African, Arabian and Indian coasts) dropped them at its mouth, a mile from where we stood, the water kept them from starving as sales were made.

The men or women were hoisted up through the hole by rope and auctioned off. Any rebellious Africans were chained to the natural coral walls of the cave. When asked about the potential for escape, the guide said that most of the captives had never been to sea prior to their enslavement, so the idea of going back through the tunnel to the ocean and trying to swim or run away was met with despair. 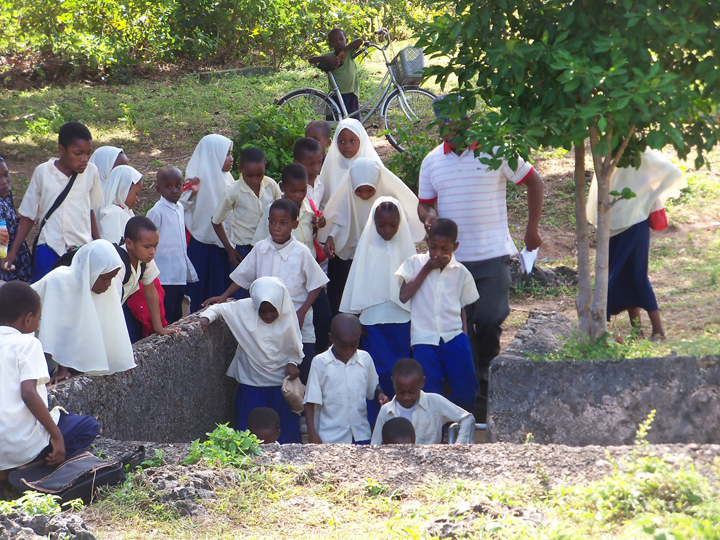 This cave held the less expensive Africans; up the road, a bit further north, was another place, a cave dug from the ground – out of the coral limestone deposits – where in two separate underground rooms enslaved Africans were placed on tiers chained facing one another and sold. 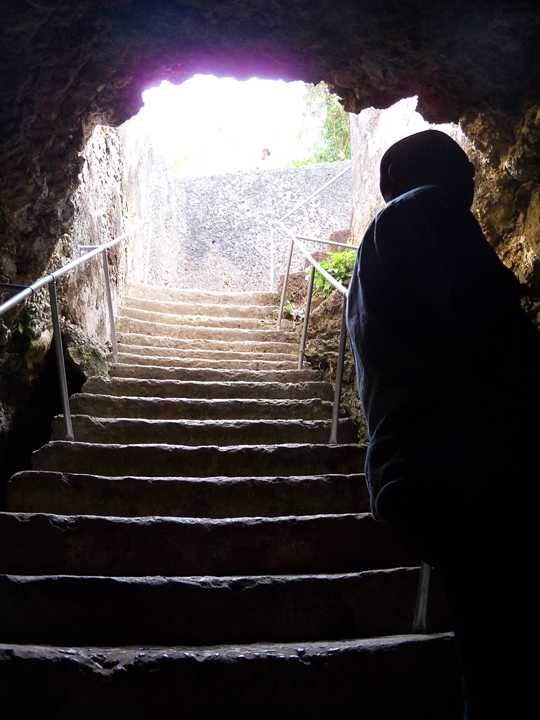 The buyers could walk between the rooms and tiers and see the “product,” which unlike the other Africans held in the natural cave, were washed and fed and treated a bit better given their higher market value. This particular cave was designated a UNESCO Heritage site in October 2009, 400 years after the atrocity.

The larger cave would be covered with leaves, so no one would know anyone was there. Without a road, in the middle of the forest, it was unlikely that the Arab traders would be caught and they were not.

It seems as if everyone – I am speaking of the Indian traders who had been present in Zanzibar for many centuries amassing wealth – turned a blind eye to this trafficking until Britain saw Arab wealth as a disadvantage and ended the trade and with other Western nations divided up Africa and began another sort of captivity and exploitation known as colonialism.

We drove through Bububu to get to the caves, and what’s interesting about this town is its name, which is taken from the sound the stream engine made while pulling trains carrying goods up and down the coast. The old train depot is now a police station, yet buses headed in this direction sputter this title. 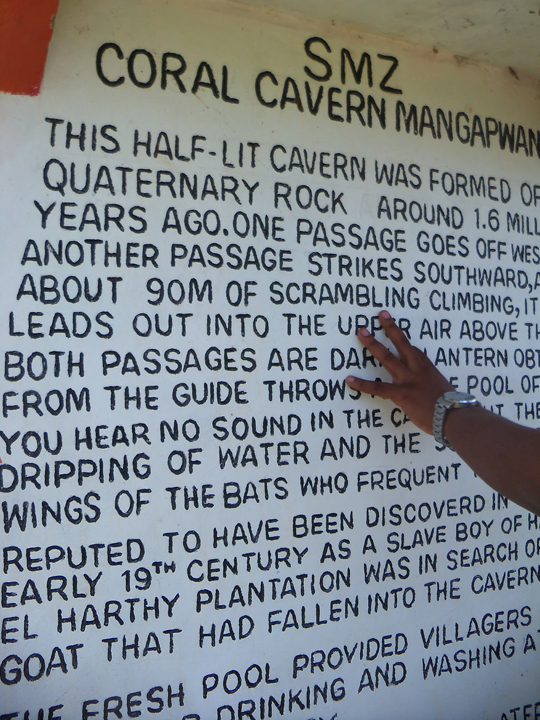 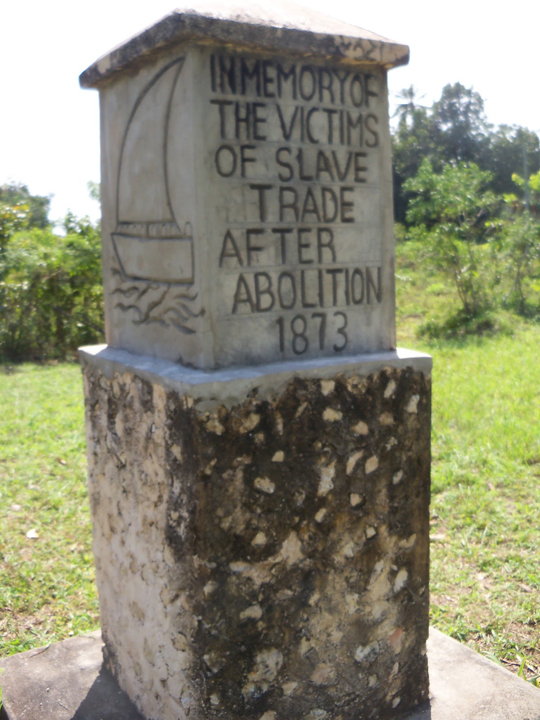 The second cave is in Chuini, just north of Bububu. We passed the Maruhubi Palace and grounds on our way there. Here Sultan Barghash in 1882 built this place, 4km north of Zanzibar Town, to house his 98-99-member harem. All gifts, as he was known to like his women, the concubines would bathe in a pool and he’d point to the ones he wanted that night to sleep with. If they became pregnant, they were killed. The sultan could not afford to have heirs loose. He built his wife a lovely sauna, floors out of marble. The palace was burned and many if not most of its treasures looted up to recently. My guide saw tourists carrying away pieces of marble tiles from the floor.

It’s quite majestic and the scientific design of the aqueduct and reservoirs, where the fresh water flowed and still does, is amazing. The inner chambers where the concubines had their indoor pool with toilets and the different types of toilet and their maintenance were also interesting.

Another palace, Sultan Seyyid Said’s Mtoni Palace, is just north of Maruhubi. It is described in Emily Said-Reute’s “Memoirs of an Arabian Princess.” I didn’t get by it.

I am still trying to register my response to the slave caves. They were just something outside of my imagination. We walked in reverse the trek these Africans made from the beach after the voyage. They were washed on the beach and it is said, they dried themselves in the sun sitting on the huge rocks below the cliff where we stood. 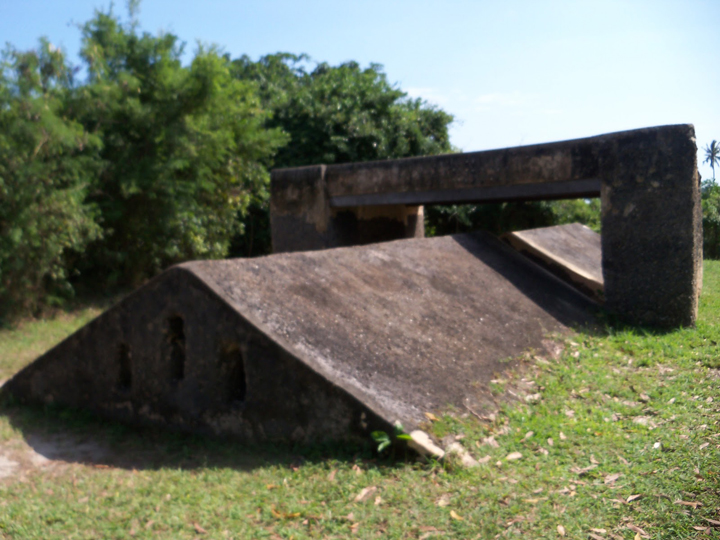 Coral could be seen in the shallow waters. This rocky bed gave the Arab merchants an advantage against the British, whose ships would not be able to navigate the terrain without getting stuck. 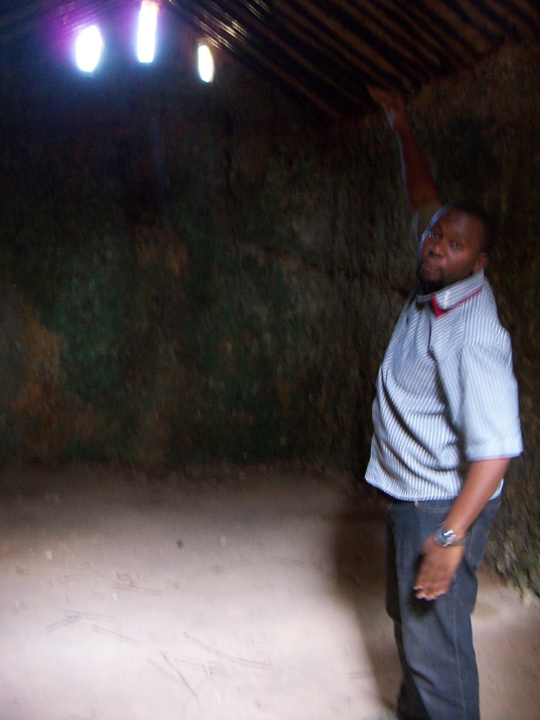 If it is not too expensive, I am going to walk from the beach to the caves, follow the route. This is so much more interesting than just seeing the dungeons and hearing the philosophical cries of our ancestors. I want to stay at St. Monica’s hostel, where the slave prisons were too at the Anglican Cathedral on Creek Road, built on the largest slave marketplace in Zanzibar. It is the first Anglican cathedral in East Africa, built in the 1870s by the Universities’ Mission to Central Africa (UMCA). Read more at Wikipedia.

I didn’t get to church there, but maybe when I return. It’s an interesting history. They were called by David Livingston and at the heart of their beliefs is abolition of slavery. As I was reading more literature, I ran across this contested story of the “natural cave.”

“Mangapwani Slave Cave is not natural, but cut out of the coral limestone. It is a sort of cellar, more or less a square-shaped cell. It was built for storing slaves by Mohammed Bin Nassor Al-Alawi, a prominent slave trader. Boats from Africa (Tanzania) landed at the nearby beach and unloaded their human ‘cargo.’ The slaves were kept here until they were taken to Zanzibar Town or to Oman.

“In 1873 Sultan Barghash signed the Anglo-Zanzibari treaty which officially abolished the slave trade. Some time after, the cave was still used as a place to hide slaves, as an illicit trade continued for many years. Today, the cave itself remains, although the wooden roof under which the slaves were hidden has now gone. There are steps which lead down onto the cavern floor (http://www.zamatours.net/mangapwani_cave.html).” 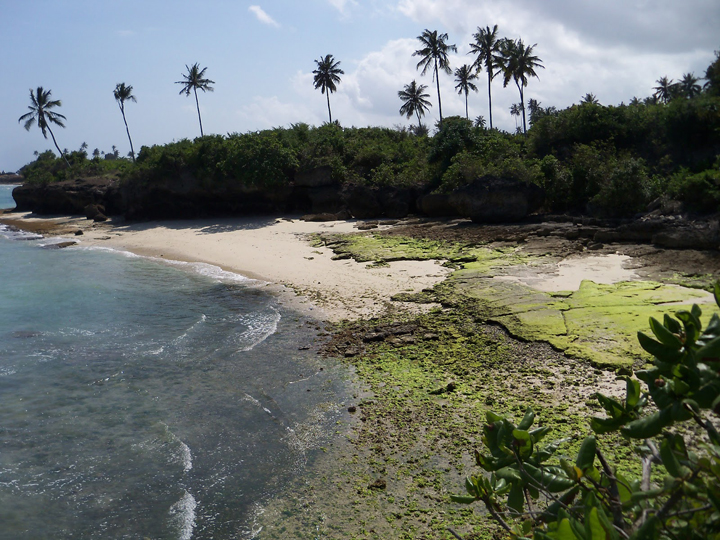 I find it hard to believe that this cave is not natural. It continues on to the beach where the enslaved Africans were dropped off. There is another chamber a bit further through the narrow passage that opens into a larger room. I am more of the belief that it is natural rather than not. The other slave caves, further north, fit the description here.

Bay View Arts Editor Wanda Sabir can be reached at wsab1@aol.com. Visit her website at www.wandaspicks.com throughout the month for updates to Wanda’s Picks, her blog, photos and Wanda’s Picks Radio. Her shows are streamed live Wednesdays at 6-7 a.m. and Fridays at 8-10 a.m., can be heard by phone at (347) 237-4610 and are archived on the Afrikan Sistahs’ Media Network. This writing and broadcast schedule is on hold until mid-August while Wanda is traveling in East Africa. Meanwhile, she is posting stories and photos to her blog on the rare occasions when she has good internet access.