July 16, 2013, will mark the two year anniversary of the murder of Kenneth Harding Jr., who was murdered by San Francisco police at the age of 19 for allegedly failing to pay a $2.00 transit fare. While the family still awaits information for an investigation of the police, the Kenneth Harding Jr. Foundation would like to call upon everyone to come together in solidarity to support a transit shutdown against San Francisco Municipal Transit. 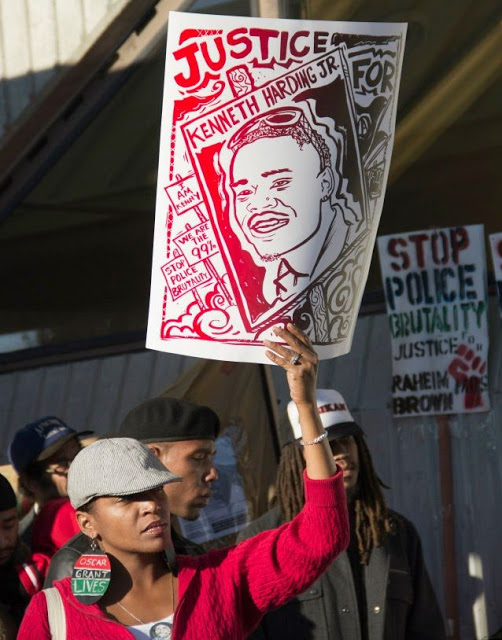 Muni Transit has to take responsibility for their role in this horrific murder. They request for police officers to conduct fare inspections within the impoverished areas of the city and upon impoverished youth and people of color.

We are asking for full support and cooperation from all unions, especially transit, organizations, movements and our community members. We want mothers who have lost their children to step up and speak out with us on this day and allow your cries to be heard.

We want to affect the city of San Francisco’s economic system in order to allow our voices to be heard. We are asking those who stand in solidarity against police brutality and those who would like to help organize and/or endorse the shutdown to contact the Kenneth Harding Jr. Foundation at (415) 505-6331, or you can email justice4kennethhardingjr@gmail.com.

THEY TAKE US DOWN – WE SHUT THEM DOWN!

Nineteen year old Kenneth Harding Jr. was viciously gunned down and murdered by San Francisco police on July 16, 2011. Kenneth was riding on the T-train on Third Street, where there is constant police occupation.

On that day the police entered the train at Third Street and Palou, walked straight to Kenneth and asked for proof of purchase. When Kenneth did not supply a transfer, the police removed him from the train. At that time Kenneth began to run with his hands up and holding his cell phone. Police Officers Lopez and Hastings chased him and gunned him down from two different directions.

Then the stories began. The police began to say he had a gun, which was never recovered. As Kenneth lay in a pool of his own blood, struggling to stay alive, no medical help was rendered to him. He lay there for 28 minutes bleeding out as the police stood over him with their guns trained on him. The police wouldn’t allow the paramedics to help him or anyone from the crowd of people that quickly surrounded the scene.

Since the murder, the Kenneth Harding Jr. Foundation was formed. We have been feeding the community on the third Sunday of every month at the very spot where the ground is still stained with Kenneth’s blood. We’ve been out there for 17 months consecutively. We’ve had a winter coat and clothing drive, and we’ve had a spring clothing drive, while also providing grocery bags on a monthly basis while still serving healthful, nutritious lunch bags.

July 16, 2013, marks the second anniversary of the murder of Kenneth Harding Jr. I am asking for everyone to get involved. Let your voice be heard.

If you did not participate in the Muni shutdown last year, come out this year and be a part of history. Stand in solidarity to show that you will not accept murderous cops getting away with murder because they have a badge.

We will not allow these police to continue to murder our children. Stand with us as we fight for the community and the children. They shoot us down – we shut them down. What’s stopping it from being your child?

For more information and to get involved, visit the Kenneth Harding Jr. Foundation website and Facebook page and donate at WePay. 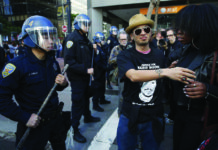 Extreme vetting: Apply it to police