Dr. Martin Luther King Jr.’s “I Have A Dream” speech resonates with renewed urgency as a national coalition prepares to observe the 50th anniversary of the historic March on Washington. The Realize the Dream March and Rally for Jobs, Justice and Freedom will begin at 10 a.m. on Saturday, Aug. 24, at the Lincoln Memorial in Washington, D.C.

Fifty years after Dr. King delivered his historic “I Have a Dream” speech at the March on Washington in 1963, speakers will mount the same steps at the Lincoln Memorial to lead the 50th Anniversary March on Washington. Congressman John Lewis, the only one of the six leaders of the 1963 march who is still alive, has agreed to stand with national conveners Martin Luther King III and Rev. Al Sharpton and thousands of others at the historic event. The family of Trayvon Martin will also speak. 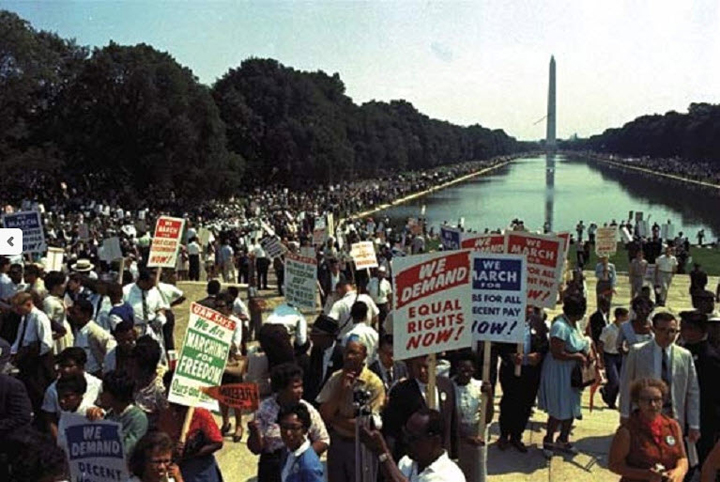 In light of the recent Supreme Court ruling negating a key section of the Voting Rights Act, the ruling in the George Zimmerman case, and other current and crucial civil rights issues, march organizers will push for immediate action from Congress. Unemployment in the Black community is stuck at over 13 percent and there must be pressure applied to Congress to create jobs.

With the criminal justice system in the national spotlight, from Stop and Frisk police tactics in New York to Stand Your Ground laws in Florida and other states, there is a real concern about the state of Blacks in the justice system. There must be a mandate that 50 years after fighting some of the same battles, this must be a continuation march, not a commemoration march.

“It is the intent of those that come together to make it clear that this is not just a nostalgia visit, that this is not a commemoration but a continuation and a call to action,” said the Rev. Al Sharpton. “We are in a climate that is threatening too much of what was achieved 50 years ago.”

In the midst of the planning process, the U.S. Supreme Court has effectively struck down the heart of the Voting Rights Act of 1965. The action by the court has energized the Coalition’s mobilization of the five-day commemoration of the historic march and Dr. King’s address.

There must be a mandate that 50 years after fighting some of the same battles, this must be a continuation march, not a commemoration march.

“The King Center has partnered with the legacy organizations that helped to mobilize the original 1963 March on Washington, other civil and human rights organizations, including the National Action Network as well as the National Park Service, to develop the plans,” said King Center CEO Bernice A. King. “Our coalition hopes to make the 50th anniversary of the March on Washington and my father’s famous ‘I Have a Dream’ speech a meaningful experience which addresses the urgent causes of jobs, justice and freedom. Join with us in celebrating freedom – freedom to participate in government, freedom to prosper in life and freedom to peacefully co-exist.” 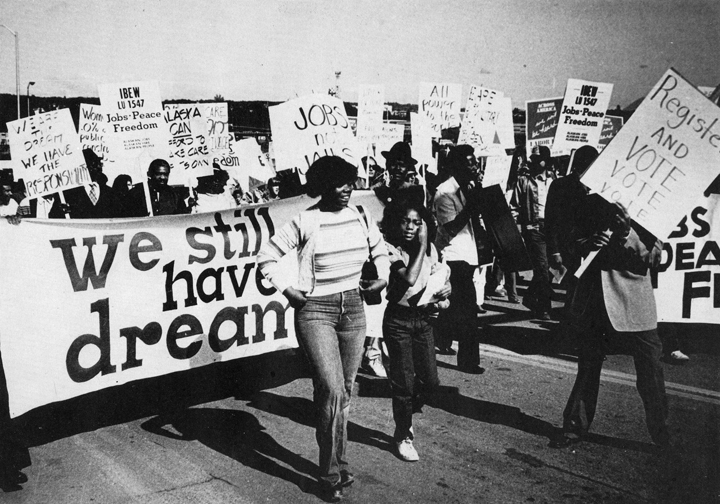 On Saturday, Aug. 24, in addition to the march, the Global Freedom Festival will open on the mall and will include four days of education, entertainment and activities that focus on advancing those three freedoms, presented by individuals and organizations from throughout the world.

On Monday and Tuesday, Aug. 25-26, there will be several initiatives that focus on educating the next generation of youth. These include The King Center’s King Global Leadership Summit, which will engage college students throughout the world and educational initiatives led by the National Park Service.

The culmination of the 50th anniversary commemoration will take place on Wednesday, Aug. 28, 2013, the actual anniversary of the march and the “I Have a Dream” speech. At 9:00 a.m., the coalition will host an interfaith service, featuring tributes from children and adult representatives of all major faiths at the foot of the King Memorial.

Starting at 1:00 p.m., the Let Freedom Ring Global Commemoration and Celebration will take place in remembrance of the “I Have a Dream” speech on the steps of the Lincoln Memorial. The day will consist of entertainment and tributes by elected officials, dignitaries, celebrities, youth and leaders from national and international organizations.

“Our coalition hopes to make the 50th anniversary of the March on Washington and my father’s famous ‘I Have a Dream’ speech a meaningful experience which addresses the urgent causes of jobs, justice and freedom. Join with us in celebrating freedom – freedom to participate in government, freedom to prosper in life and freedom to peacefully co-exist.”

One of the most exciting highlights of the day will be the “Let Freedom Ring” Bell Ringing at 3:00 p.m. EST. On Aug. 28, the exact time and date when Dr. King shared his great dream of hope, healing and brotherhood with our nation and world, we are also calling on every state in the union to join with us in ringing bells at 3:00 p.m. EST in time zones around the world.

This information was compiled from announcements by the National Action Network and the King Center of Atlanta.