As the nation celebrates the 50th Anniversary of the March on Washington for Jobs and Freedom, the 50th anniversary holds a special place in the life of the Rev. Dr. Amos Brown, senior pastor at Third Baptist Church in San Francisco and president of the San Francisco NAACP. 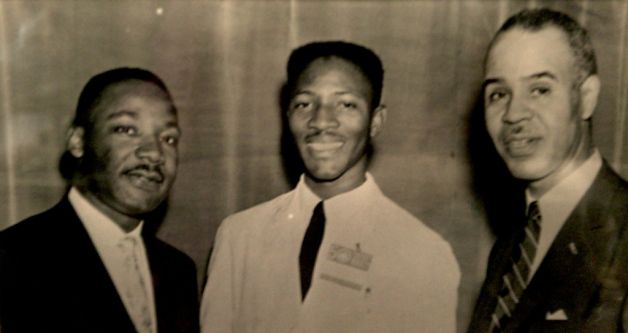 “When we came to Washington, we were at the height of the civil rights struggle,” said Brown. “We were dealing with the police violence in Birmingham and Dr. King’s letter to clergy and other folk from his jail cell.”

Brown said that the march was the culmination of the work of Black union leader A. Philip Randolph and that King’s “I Have a Dream” speech, which had been delivered at a rally in Detroit, Michigan, earlier in the year, electrified the civil rights movement. From there, President Kennedy proposed the first civil rights law, which would later become the historic 1964 Civil Rights Act, which outlawed discrimination in public accommodations.

The march had results which could be seen in laws and changes in society. It broke down barriers to discrimination and set forth a wave of Black political participation, which has seen thousands of Blacks elected to office 50 years later. Blacks have also reached the highest levels of success in the business and entertainment fields in some cases.

While things are upbeat and optimistic, Brown said that Black people still have to push to make things right in this country as the “struggle continues.”

But for others there are unfinished goals. Fifty years later, Rev. Brown returned to Washington, D.C., for the 50th anniversary of the march. He along with other civil rights pioneers were honored by President Barack Obama at a reception at the White House. While acknowledging that things have changed for the better for African Americans, “We are still talking about economics today, as it relates to Black people.”

“Today, the unemployment rate for Blacks is 11 and up to 20 percent in certain areas of the country,” said Brown. 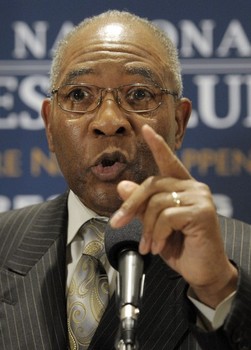 He said that on the anniversary of the March on Washington, three things need to come from the march and its aftermath. He said that more Blacks need to be registered to vote and be active politically in local, state and national politics.

“We still have 3 to 5 million Blacks who are not registered to vote across the country,” said Brown. “Dr. King once said that the shortest route to freedom is the voting booth, and we need to exercise our right to vote and vote for our interests.”

Brown said there also needs to be a bigger push in the area of education for Black students from parents and the surrounding communities to make sure they succeed.

“While school systems have a responsibility to their students, it’s up to parents and the community to have a greater stake in the education of Black kids,” continued Brown. “Churches need to set up after-school programs to help educate our children.

“In San Francisco, only 30 percent of Blacks finish high school. There is a great gap in achievement regarding Black advancement, and this needs to change.”

He also said there has to be a way to deal with the rush of people in prison who will eventually come home.

“We also have to deal with rehabilitating the Blacks who are coming out of the prison industrial complex. We have to create jobs and businesses to help these people get back into society.”

While things are upbeat and optimistic, Brown said that Black people still have to push to make things right in this country as the “struggle continues.”

Lee Hubbard can be reached at superlehubbard@yahoo.com. 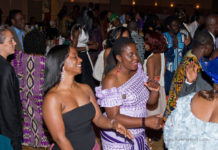 50th anniversary of the 1963 March on Washington