How did the world get here? Did you hear what they said: Another young brother is dead. Meanwhile Zimmerman is set free; how the fuck can this be? A man with a gun killed Sybrina and Tracy’s son. Yet he received an acquittal while Trayvon was only armed with a bag of skittles, showing once again how little America values Black life. 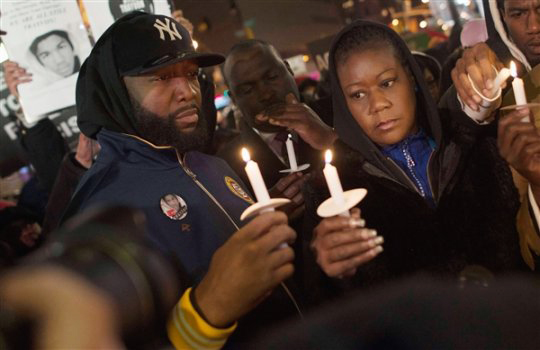 And now that the injustice system is done, as much as I hate to say it Trayvon won’t be the only one. More mothers and fathers will lose their sons and daughters. It’s open season once again. Welcome, Black people, to the slaughter. And even though your child may die, the perpetrator and the system will lie, and we all will wonder why, and how did the world get here?

But it’s really the same old song, and the list of innocent victims is long – from Medgar, Emmett, Amadou, Oscar to Sean. And the painful memories linger on from the darkness to the dawn, and I pray the Lord will keep me strong. At times like these you see, I have to stay on my knees and ask the creator please … when will the bloodshed cease? And when if ever will my people live in peace?

And as much as I HATE to agree with the far right, one thing during this ordeal they got right is the fact Blacks kill Blacks, kill Blacks, all night and not one protestor in sight. But I digress about another mess while I’m getting things off my chest. I too have lost a child to guns and the experience blocked out the sun. As I looked at her lifeless form, as she perished in a bullet storm – seven to be exact. So I know how Trayvon’s parents feel; it’s the most excruciating ordeal. Words will never describe how I feel … after seeing my daughter’s lifeless form. But sadly in our community this has become the norm.

But back to the lecture at hand, the reason Zimmerman wouldn’t take the stand, ‘cause he knew the fix was in and in the end he was ordained to win. Because his father is a magistrate judge, and the prosecution would not budge to adequately try the case, their work was a fucking disgrace and an even bigger slap in the face to Trayvon’s family, our community and the world.

And now I’m down this rabbit hole like a crazed mad mole who keeps digging for the truth despite the so-called burden of proof. Justice is not the proper word to describe what Zimmerman deserves. I wish I could peel his skin and stab his nerves again and again … one by one till the miserable motherfucker is done. My thoughts are tortured and wrought with death, because in the end that’s all the Martin family has left. The death of their beautiful son and no one to tell what happened but the one who got out of his car to stalk, and all Trayvon tried to do was walk, back to the arms of his father to watch a game.

But little did he know he was the game of a wannabe cop predator that was lame. So lame he trained for 18 months as an MMA fighter and still can’t fight a lick. But then the coward pulled his gun and after one shot, the fight was done, and he killed Tracy and Sybrina’s son.

And all I’m left with is rage that the punk bitch Zimmerman isn’t in a cage to live out all of the days of his miserable life. So instead I use my poison pen to denigrate the coward again and again, even though I still cannot spin to make it end the way it should end.

Did you hear what they said: Another young brother is dead, and despite everything that was said, not enough was done and the Black community again is seeing red. 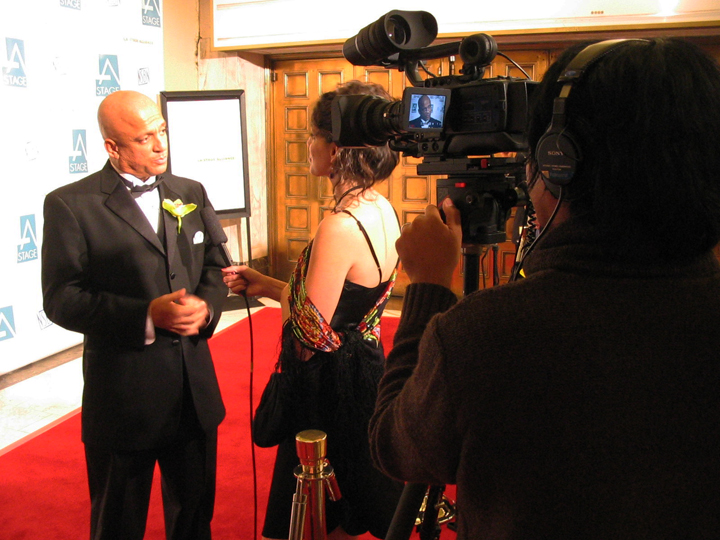 But I believe in karma that is real, and rest assured the murderer will have to face the real deal. The spirits of Oscar, Emmett, Trayvon, Amadou and Sean. And millions more who have been slain, no worries they didn’t die in vain.

©Donald E. Lacy Jr. 2013. Donald Lacy is renowned for his extraordinary work in radio and theater. His radio show, Wake Up, Everybody, in its 33rd year on Black-owned KPOO 89.5, is must-listen every Saturday morning 7 a.m. to noon throughout the Bay and beyond. His accomplishments in every aspect of the theater arts are legendary. He was named Champion of Community Radio at the Bay View’s Black Media Appreciation Night last November. He can be reached at dlacy99@yahoo.com; visit his website at www.donaldlacy.com.