Some California prisoners got good news on Friday: The Federal Communications Commission agreed to limit how much companies can charge for phone calls made from behind bars. But this welcome reform does not affect SHU prisoners. 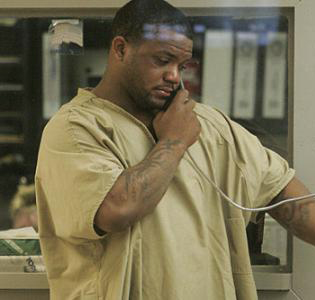 Why? Because SHU prisoners in California are not allowed to call home. Lack of family phone calls is one of the reasons California’s SHU cells are characterized as solitary confinement – the harsh deprivation of family and social ties.

And gang investigators find “gang involvement” everywhere they look – even in the drawings of a 5-year-old girl who sends her artwork to her daddy. Imagine a little girl getting her drawing back from the prison because it is considered gang-related.

Gang investigators will even reach out to family members and friends who write to SHU prisoners, warning them that they face possible investigation themselves merely for corresponding with a SHU prisoner.

SHU prisoners in long-term solitary confinement value their family relationships above all else. So that is what SHU prisons try to destroy. Consider this: A mother with two sons in prisons – one in general population and one in SHU – cannot write to both.

Why? Because she knows that gang investigators will link her sons to each other through her address, thereby jeopardizing the son in general population with gang validation and placement in SHU.

This is the meaning of cruel and unusual punishment. How long would you tolerate these sorts of attacks on you and your family? Would you be driven to hunger strike because of these and other cruelties?

SHU prisoners in long-term solitary confinement value their family relationships above all else. So that is what SHU prisons try to destroy.

CDCR has created the conditions that drive prisoners to desperation. Whether it be a lonely suicide in an isolation cell or a united peaceful protest, the message is clear: SHU prisoners have been pushed beyond the limit of what human beings should have to bear.

It is horrifying to witness CDCR’s response to the current hunger strike: Crank up the cruelty and let them die.