It is no secret that I am a prolific political writer and an adherent and practitioner of New Afrikan Revolutionary Nationalist (NARN) ideological doctrine, as this is widely known throughout CDCR’s PIU (California Department of Corrections and Rehabilitation’s Prison Intelligence Unit) by their trained lackeys and in our community. I am a realist who firmly believes in and is not afraid of speaking truth to power. 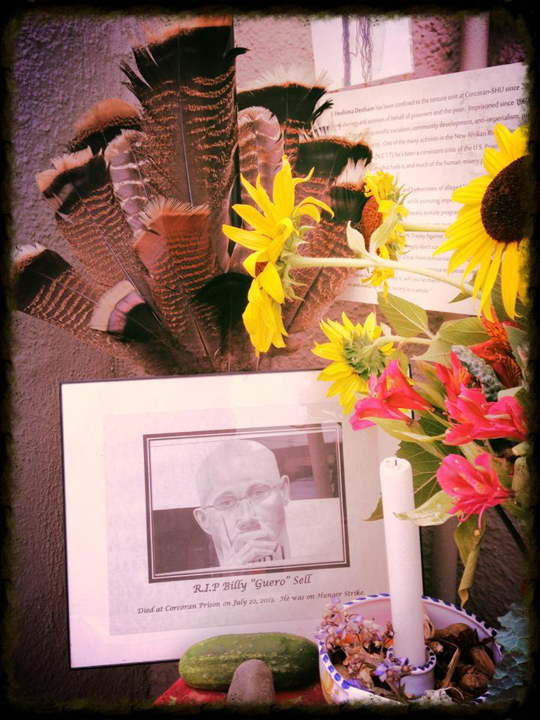 Hence, it is no coincidence that while I was being escorted to the D-facility medical clinic on July 11 and 16, the escorting officers dared to engage me in a conversation about “why am I on a hunger strike supporting all of these prisoners who are whining and crying” about things they consider to be insignificant, such as the 40 supplemental demands, and how do we have the audacity to try and make them out to be the “bad guys” in the eyes of the world.

They went on to say that the hunger strike has failed dramatically this time.

My response to this was: “You guys just don’t get it. There is nothing insignificant about a human being suffering and being tortured for 10 to 40-plus years straight, when the courts have recently ruled that these same type of living conditions were cruel for animals.

“Do you believe that the continued pain and hurt that the families of Johnny Vick, Alex Machado, Hozel Blanchard, Christian Gomez and Billy Sell feel due to the loss of their loved ones is insignificant?” I asked the guards. “Now I’m not going to speculate on the circumstances that surrounded these deaths, as I don’t have all of the facts, but what I do know is that these men were all housed in solitary confinement at the time of their demise, so solitary confinement had something to do with it in one form or another, and this is not disputable. This should move any human being to join and support our peaceful protest.”

This put an immediate end to these fascists’ attempt to ridicule and dehumanize the courageous efforts of 30,000 prisoners who dared to struggle and dared to win by standing in solidarity with us on July 8, 2013, via our human rights struggle for human equality and social and economic justice.

“There is nothing insignificant about a human being suffering and being tortured for 10 to 40-plus years straight, when the courts have recently ruled that these same type of living conditions were cruel for animals.”

My people, I bring this point to your attention to demonstrate the diabolical mindset of our oppressors and to further illustrate how this mindset is systemic amongst all CDCR state apparatuses that stand to benefit and profit from our suffering via their vested economic interests to sustain the day to day operations of these torture chambers, the SHU.

An additional example of this type of collusive truth was eloquently articulated and proven by UC Irvine criminology and law professor Keramet Ann Reiter in an article she wrote in 2012 called “The Most Restrictive Alternative.” She points out how the structural architects have meticulously formulated designs to “legally” torture prisoners, which has been overlooked thus far: 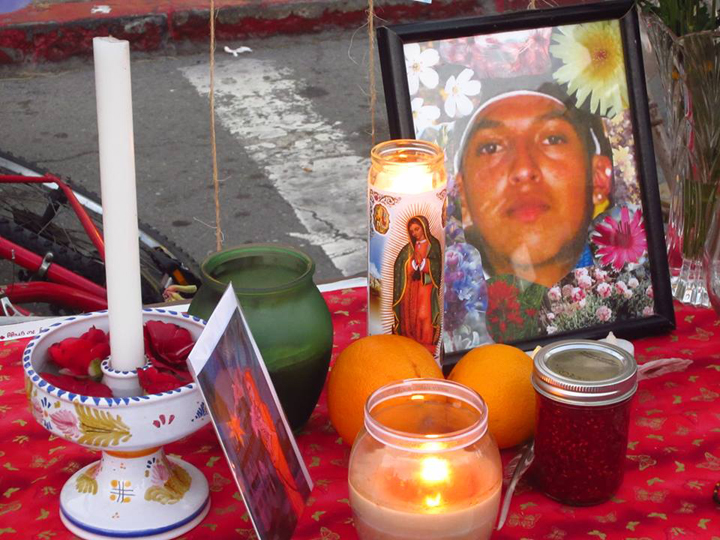 “For instance, a practicing criminal justice architect who worked on Pelican Bay, California’s supermax, noted that he was very aware that he might have to justify his design decisions to a federal court, and so he followed court cases about prison conditions closely. For instance, he remembered actually observing the hearings for the federal court case involving a challenge to the conditions at Pelican Bay State Prison …

“In some cases the supermax designers were even more explicit about the relationship between court decisions and the physical design of the supermax prison. … (An) Arizona architect, although he did not explicitly reference the role of the courts, had internalized the basic minimum rights courts had accorded to prisoners throughout the 1970s, and he worked to physically institutionalize these rights – at the barest minimum level delineated by courts – in the supermax design. As this architect explained, the challenge of the supermax design was that ‘we needed to find a way to separate them (prisoners), bring them all the privileges and rights they have, but come up with a configuration that would keep them separated, not have to inject our staff every time they have to go to a shower, to go to (get) food.’ So prison designers instituted a form of compliant resistance – building institutions to comply with the precise minimum standards courts had articulated for punitive isolation conditions, but resisting the provision of any unnecessary or non-required privileges.”

It is fundamentally impossible for anybody with any type of common sense to believe that the new Step-Down Program (SDP) is an improvement to the old gang validation process with these facts in mind. Furthermore, it is without question that our oppressors are well aware that our human rights struggle is not insignificant and that their only aim is to continue to conceal and to maintain the status quo of policies that enable them to profit via the capitalist exploitation of a class of people that they’ve arbitrarily marginalized as being anything but human beings.

As to whether our human rights struggle is a success or a failure, this will ultimately be determined by the power of the people! We prisoners have done our part by ending racial hostilities amongst each other, by putting our lives on the line via three hunger strikes in two years, and continuing to agitate our oppressors by educating the public with our socio-political commentaries that we send to the community about our living conditions.

As to whether our human rights struggle is a success or a failure, this will ultimately be determined by the power of the people!

To sustain our perpetual resistance on a qualitative level requires that “human bridges” be built between inside and outside activists. We have created community-based projects such as the W.L. Nolen Mentorship Program and the Pelican Bay Human Rights Movement First Amendment Campaign that will enable us to achieve this end.

And so we invite the people to come join us in taking our human rights struggle to the next level.

Resources for building ‘human bridges’ between activists inside and out

U.C. Irvine criminology professor Keramet Reiter’s article, “The Most Restrictive Alternative,” can be purchased at http://www.emeraldinsight.com/books.htm?chapterid=17014197. It can also be requested as a pdf at http://socialecology.uci.edu/faculty/reiterk.

We’re currently looking for sponsors, supporters and outside facilitators for the W.L. Nolen Mentorship Program and the Pelican Bay Human Rights Movement First Amendment Campaign. To learn more about them, read these articles at sfbayview.com:

“To the contrary, George Jackson was never a prison gang member”

Hunger striker considers where we go from here, wonders, ‘Will the Legislature dupe us too’?