The Civil Rights Movement, which led to a massive expansion of educational, political and economic rights for African Americans and others who were traditionally marginalized, has been under attack since before it started. 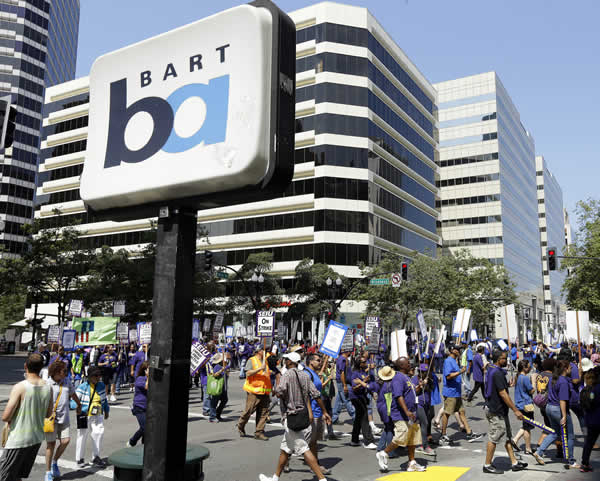 One of the gains of the Civil Rights Movement was the legal end to discrimination in jobs that received federal funding. Title VI regulations led to an increase in employment in public sector jobs of populations that had been traditionally marginalized. Since then, African Americans and other marginalized groups have often been better able to find jobs working in places like public transit, city jobs, state jobs, the DMV, the post office and other public sector jobs than in the private sector.

These jobs are often represented by unions and provide decent enough wages and benefits that employees are able to raise families and have a decent life. This likely explains the national survey findings that those who most support unions are more likely to be Black, lower income and describe themselves as average working class.

During the dot.com boom, people with greater opportunities ran to higher paying jobs in the private sector without the security offered by public sector jobs. After the crash, many of the people who looked down on public sector jobs and the people who worked them are now upset with the benefits and wages offered in the public sector and are working to have them taken away. This is a push to take away the economic wellbeing and security for working-class people who often have other doors closed to them.

The ongoing attacks against public sector workers and unions seem to be more of the same. Rather than happening in far away states, though, the attacks are happening to workers in the Bay Area.

This can be seen in the attacks on BART workers, AC Transit bus drivers, workers for the cities of Oakland, Hayward, San Francisco and others. It’s no surprise people of color are a large part if not the majority in these workplaces.

AC Transit operators were forced to take pay cuts in their last contract and are currently fighting to hold on to what they have. Oakland city workers were forced to go on strike, as were workers at the Port of Oakland. Workers in the courts of Oakland voted to authorize a strike and were ready to do so when the courts backed down and offered a better contract.

BART workers were forced into a four-day strike, but so far it looks like BART’s plan is to force workers out again and see how long the workers can hold out before giving up and coming back for less.

BART workers gave up $100 million in concessions in their last contract, received no wage increases for four years and lost their two most valuable medical plans. Since then, ridership has skyrocketed and workers have been expected to do more work to carry that ridership with fewer workers.

Revenues and injuries have gone up, but pay has gone down. BART now has a $125 million surplus and can afford to pay back what workers gave up last time but instead hired a chief negotiator with a history of either him or the companies he’s worked for being named in racial discrimination lawsuits, along with a history of causing strikes as a way to get workers to give up even more. After Katrina wiped out much of what people had in New Orleans, his firm negotiated with bus drivers there and ended up stripping workers of their pensions.

While BART says it needs to save money, they hired Thomas Hock, vice president of Veolia, for $399,000 to lead their negotiations, despite BART already having a full staff whose job is to handle labor negotiations. One member of the board of directors stated Hock can’t be racist, since after one of the racial discrimination lawsuits, he hired a Hispanic.

Given the attacks on other gains of the Civil Rights Movement, this shouldn’t be a surprise.

Given the attacks on other gains of the Civil Rights Movement, this shouldn’t be a surprise. The landmark decision of Brown v. Board of Education forced a slow move toward desegregation in public education and increased opportunities for African Americans and other groups. In recent decades, though, we’ve seen our public education system go from one of the top systems in the world to one of the worst, as people with more resources have pushed for charter schools and voucher systems, weakening the public school system and creating a segregated system by other means.

The same has happened with the Voting Rights Act, one of the other major gains of the Civil Rights Movement. The Voting Rights Act led to a massive increase in voter registration for African Americans, especially throughout a number of Southern states. This resulted in greater political power for African Americans and other groups and resulted in greater representation at all levels of government.

Many states have worked around this federal law by instituting criminal disenfranchisement laws – taking away citizens’ rights to vote for being found guilty of varying laws. Thirteen states take away the right to vote even after completion of sentence, parole or probation and individuals have supposedly paid their debt to society.

This especially impacts African American males, with 13 percent of the African American population permanently barred from voting. No other industrialized democracy takes away its own citizens’ right to vote to the extent the United States does. The U.S. Supreme Court just recently decided in a split 5-4 vote that a significant piece of that act did not need to be renewed.

The ongoing attacks against public sector workers and unions seem to be more of the same. Rather than happening in far away states, though, the attacks are happening to workers in the Bay Area.

BART workers are standing up and called a United Labor Rally for Thursday, Aug. 1. The ILWU voted unanimously to support the rally and the BART workers’ struggle.

The unions opened an organizing meeting for the rally to the public, and community groups throughout the Bay Area joined in, from the Justice for Alan Blueford Coalition to the Save City College coalition, the Women’s Economic Agenda Project, and Labor Black and Brown. Many at the meeting indicated this is a much larger struggle that can and should unite common struggles throughout the Bay Area and saw the rally as one step in a larger process that should continue.