The rapper Nas is famous for saying “Hip Hop is dead,” but the reality is that corporate Hip Hop, which is what he does, has always been on life support – dependent on the corporations that are enslaving our minds through their mainstream media. The alternative is that independent Hip Hop is still being concocted in underground studios all over the world, and one of the teams representing Black freedom fighters over the last decade has been The People’s Army aka The RBG crew, headed by the revolutionary lyricists M1 and Stic of dead prez. The A-Alikes are one of the crews in the RBG family, originally hailing from Florida, but now residing in NYC. 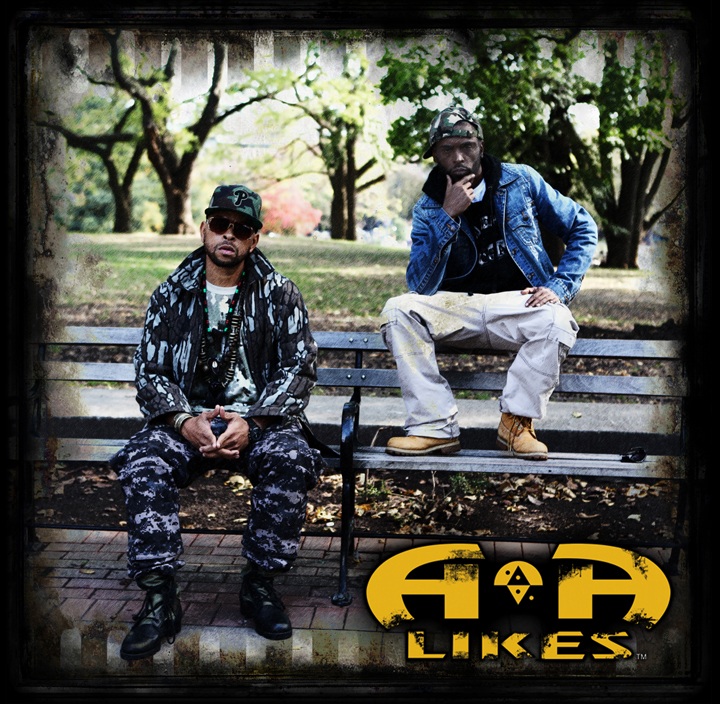 Many people who love music with a message have heard of the A-Alikes, who had a hit song about the system called “They Wanna Murder Me,” which was on their ‘06 release “I Eat U Eat.” Now the talented duo, made up of Karaam and Ness, are back at it with their new series of EPs called “Us Against Them,” their new documentary, “The Ballot or the Bullet” and their online “Eat Right Campaign.”

If you have been starving for some lyrical substance that talks about our true reality instead of some made up fantasy bullshit, you might want to check out the A-Alikes, and you can start with this interview in their own words.

M.O.I. JR: Can you tell the people how the A-Alikes formed? When did y’all get down with the People’s Army/RBG Movement?

Ness: A-Alikes formed in Tallahassee, Florida, on the grind through mutual friends. We started off just building about music, life, politics, 120 lessons etc. and decided to put some of these building sessions into music. As for People’s Army/RBG, we were there since the beginning in the late ‘90s building with the homies, organizing, sharpening our skills as MCs/artists and using art and culture to build community.

Ness: We moved to New York in ‘97. We moved up here to chase our dreams and to get the fuck out the trap.

M.O.I. JR: Why did the A-Alikes have more of a purpose than just making art?

Karaam: I don’t have more of a purpose than making art. I’m an artist – I was born to do art – but I do feel I have a responsibility to the listener to tell the truth at all times and also bring forth new knowledge that they might can use to survive. Hip Hop is a weapon.

M.O.I. JR: Can you tell us a little bit about your new EP “Us Against Them”? What does it sound like? What are the lyrics centered around?

Karaam: “Us Against Them” sounds hard, soft, fast, slow, old and new all at the same damn time. It’s seven great songs, creatively sewn together by thought provoking interludes, that form a world on the CD. If you love real Hip Hop for real for real, you should love “Us Against Them.” This EP was for two types of people: people who love Black people and people who love “real hip hop.”

We also plan to drop “Us Against Them, Volumes 2 and 3” later this year. We originally planned to drop a double CD, but hard boiled E1 suggested we break it up into EPs to rebuild our fan base since our last LP dropped in ‘06, “I Eat U Eat” on Nervous Records. Since then we’ve dropped mix-tapes and we filmed a documentary called “The Ballot or the Bullet,” so we’ve been active meanwhile.

I’m an artist – I was born to do art – but I do feel I have a responsibility to the listener to tell the truth at all times and also bring forth new knowledge that they might can use to survive. Hip Hop is a weapon.

M.O.I. JR: Can you talk about your new doc, “The Ballot or the Bullet”? What is it about?

Karaam: “The Ballot or the Bullet” is our documentary that we filmed with director Paul Biedrzycki. We always wanted to do a short film or doc and our homie Dedan came to us one day and said that his homie Paul Biedrzycki wanted to film the A-Alikes. So bong, it was on. But instead of just kicking raps and talking about bullshit, we wanted to make something special.

At the time we were working on “Us Against Them” in Ness’ busy Brooklyn loft apartment. We decided to ask everybody who came through while we were filming one question: “How will pressed Black and Brown people get free – with the ballot or the bullet?” We borrowed that from Brother Malcolm X’s speech when Kennedy was running for president and Black people thought that Kennedy was their savior.

And Brother Malcolm asked them how will we get free, by voting for this white man or by taking our freedom by any means necessary? And so in ’08, when Obama was running for president of the United Snakes of Amerikkka, we asked the same question: How will oppressed Black/Brown people finally get free – with the “Ballot or the Bullet”?

We’ve screened it at film festivals in NYC, and we’ve rented theatres and held private screenings as well as shown it at a few colleges along with a performance and a Q&A session. We always got a great response from everyone who had seen the film “Ballot or the Bullet,” It’s coming to a theatre near you!

M.O.I. JR: Can you talk about your “Eat Right” online campaign? Why is this relevant?

Karaam: “Eating Right” is a song on the EP that everyone really likes and I like it too. It talks about eating right and thinking right and living right, and all of that is achieved by getting knowledge of self. The “Eating Right Campaign” is just us encouraging our comrades to take care of their selves in this war that we’re in, against the system. Eat alkaline foods! Stay away from acid foods. Google alkaline and acid food list, and only eat from the alkaline side.

M.O.I. JR: How could people keep up with all that you are doing?

Ness: Find us. Google us. Online via social media Facebook.com/aalikesGN and @aalikesrbg on Twitter. Our website is aalikes.net. Or better yet come to a show. We’ll be doing shows around the country this summer and fall.