Beloved Willie B. Kennedy, former San Francisco supervisor, was laid to rest on Friday, July 12, after a momentous Homegoing Service at her church of many years, Jones Memorial United Methodist, located in the heart of San Francisco’s Fillmore Western Addition. Pastor Staci Current officiated. Kennedy passed June 28. During her 89 years, the lady lived an illustrious life! 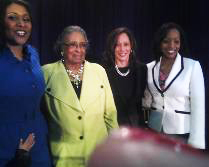 Earlier this year, Kennedy was there to support Supervisor London Breed, District 5, at her swearing-in, proud of both London and Supervisor Malia Cohen, District 10, and California Attorney General Kamala Harris, as you see captured in the photo, taken Jan. 8, 2013. The ladies were there at the church to celebrate her life. Regrettably, missed the service. Thank you, Jackie Wright, of Wright Enterprises-Community Spotlight, for sharing your beautiful coverage (see www.sfbayview.com)!

Mrs. Kennedy was a fine woman of distinction – caring, passionate about all she endeavored to do to make a difference, a better life for many. Kennedy served as San Francisco supervisor from 1981 to 1996. Years after leaving office, she continued to serve her community, especially the last bastion for Black folks: Bayview Hunters Point. She served on several community boards, chairing Bayview Hunters Point Multipurpose Senior Services, Inc., for one.

Cathy Davis, executive director , saddened by the loss of Mrs. Kennedy, shared in a statement: “We will truly miss Mrs. Kennedy as chair of our board and as a dedicated champion for seniors and children. She was looking forward to filling the dream of our late Executive Director Dr. George Davis to build senior housing and a new senior center in Bayview Hunters Point. Her legacy will live with so many of us who learned from her what it means to build and support community.” 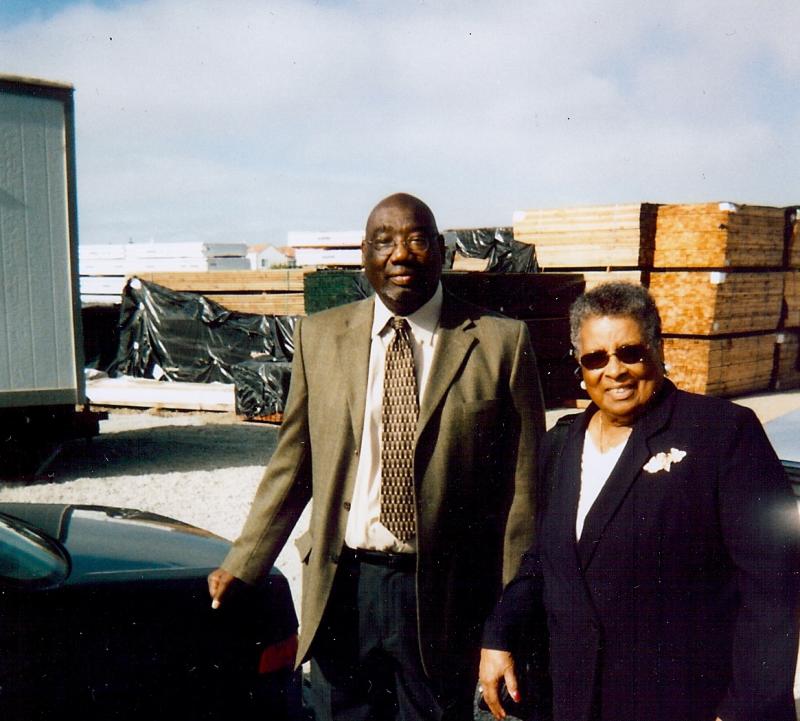 Kennedy inspired many of us, a role model for young aspiring women, and to people like myself. I admired her greatly – for her spunk, energy, constant commitment. When she spoke, her deep rich voice resonated a preacher’s rhythm. At 89, she was going strong. Born Nov. 5, 1923, plans were already in motion to celebrate her 90th.

According to Dr. Toye Moses, the executive director of San Francisco’s Southeast Community Facility Commission, Kennedy held the post of president of the commission, which provides economic and other support to the Bayview Hunters Point and nearby neighborhoods. Moses has had a long professional friendship with Kennedy.

Some years ago, Kennedy started the WB Kennedy and Associates consulting company, operating the site office for the Hunters Point Shipyard Redevelopment Project. Two days before she passed, at a gathering of community folks on June 26 that included Dr. Moses, Kennedy was able to turn the first shovel of dirt at the long awaited groundbreaking.

My acquaintance with the lady dates back before she was elected supervisor. Married to the late San Francisco Superior Court Judge Joseph G. Kennedy, a sharp, dignified gentleman, Willie B. was at that time a member of the elegant 13 Charms Social and Civic Club – often teased then for her coke bottle figure!

Rochelle Metcalf’s “I Heard That” column has long been a must-read in the Black community, for decades in the weekly Sun Reporter and in recent years online at Beyond Chron, where this story first appeared. She can be reached at iheard@earthlink.net.

Excerpts from other tributes to Willie B. Kennedy

Mayor Ed Lee: “Before, during and after her tenure on the Board [of Supervisors], she was one of the most powerful advocates for women and minority-owned businesses, which personally inspired me to do even more in all my capacities working for City government.”

From the San Francisco Chronicle: “Willie B. Kennedy, a longtime San Francisco supervisor who championed minority- and women-owned businesses and Bayview-Hunters Point neighborhood improvements, has died of a heart attack. She was 89. …

“’The day before she died, we were together planning her 90th birthday party,’ said Toye Moses, a longtime friend and executive director of the city’s Southeast Community Facility Commission, where Mrs. Kennedy served as the commission president.

“Supervisor Malia Cohen said a conversation with Mrs. Kennedy in her City Hall office when Cohen was in high school inspired the younger woman to pursue public office, and that Mrs. Kennedy was a force in the city’s African American community and beyond.

“’She’s … someone you grew up really looking up to,’ Cohen said.

“Mrs. Kennedy was born Nov. 5, 1923, in Terrell, Texas. It was a rustic existence. The second of six children, she grew up in a two-bedroom farmhouse with a wood-burning stove and a well for water, her family said. …

“In 1954, she met Joseph G. Kennedy, an attorney in the civil rights movement who would become a Superior Court judge, and they married a year later.

“Mrs. Kennedy graduated from City College of San Francisco and later San Francisco State University. Then-Mayor Dianne Feinstein appointed her to the city’s Human Rights Commission and the Redevelopment Agency Commission before tapping her in 1981 to fill the seat on the Board of Supervisors left vacant when Supervisor Ella Hill Hutch died.

“Mrs. Kennedy became the third African American woman on the board, where she served for 15 years. Among her legislative accomplishments were co-authoring the city’s law that set aside a portion of city contracts for women- and minority-owned businesses and legislation that forbade the city from doing business with apartheid-era South Africa. Mrs. Kennedy later served on the BART Board of Directors.” 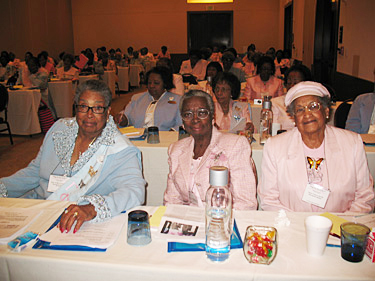 From the Washington Informer – by columnist Lyndia Grant:

“This week’s column is in memory of my friend, sorority sister and mentor. She was married to Superior Court Judge Joseph G. Kennedy, who predeceased her. I met Willie Kennedy 34 years ago. Sen. Dianne Feinstein, D-Calif., the 38th mayor of San Francisco, appointed Willie Kennedy in 1981 to serve as a member of the Board of Supervisors for the City and County of San Francisco after the death of Ella Hill Hutch, the first African-American woman to hold the position.

“Mrs. Kennedy graduated from City College of San Francisco and later San Francisco State University. She was appointed to the Human Rights Commission and Redevelopment Agency Commission by then Mayor Dianne Feinstein. In 1981, she joined the San Francisco Board of Supervisors, becoming the third African American woman to serve on the board. She later served on the BART Board of Directors, along with becoming the longest-serving Board member for the Bayview Opera House.”

From CapitolWords – by Congresswoman Nancy Pelosi in a 2003 proclamation:

“Mrs. Willie B. Kennedy, who has served with distinction on the San Francisco Bay Area Rapid Transit District (BART) Board of Directors since 1996 … is retiring from the BART Board effective Jan. 31, 2003. Thankfully, Mrs. Kennedy is not leaving public service entirely, after working for over 60 years as a political and social activist and elected official in the San Francisco Bay Area.

“Mrs. Kennedy is an outspoken advocate for public transit and transit-oriented development. During her six years as a BART director, she was chosen by her colleagues to serve as president in 2001 and vice president in 2000. Mrs. Kennedy pushed BART to begin a tradition of donating special ‘flash passes’ to community organizations for train rides to and from San Francisco’s annual Martin Luther King Jr. parade and memorial ceremonies.

“Mrs. Kennedy is a former supervisor of the City and County of San Francisco. She was appointed to the Board of Supervisors in March 1981 by former Mayor and now U.S. Sen. Dianne Feinstein. She completed the unexpired term of the late Supervisor Ella Hill Hutch, was elected in her own right in 1984, 1988 and 1992, and served until May 1996. She has served as the president of the San Francisco Transportation Authority.