Undoubtedly, one of the most financially successful independent rap groups in Hip Hop is Hieroglyphics, and now the City of Oakland has honored them with Hiero Day, every Sept. 3. This year’s festivities will be hosted by Mistah F.A.B., Chuy Gomez and Sway, with Mystic, Kev Choice, CMG of the Conscious Daughters and Holly Saucey, among others scheduled to rock the mic. 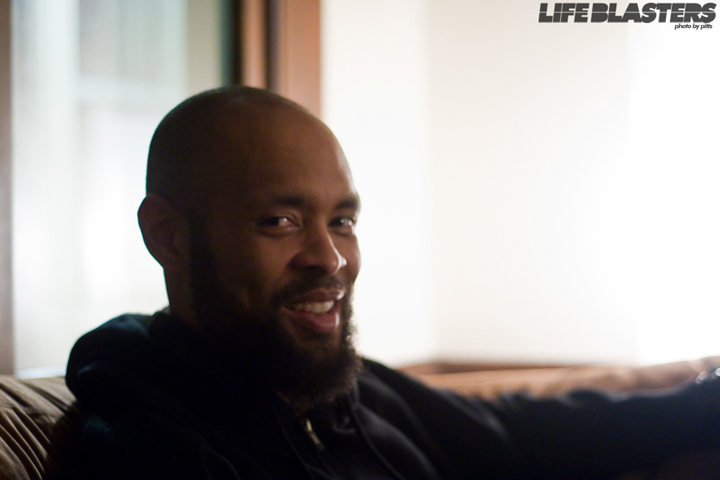 I wanted to sit down with Souls of Mischief rapper and Hiero business mastermind Tajai Massey to get some questions answered so the Black community could be up to date on what is cooking in Hiero’s kitchen. Check out Tajai in this exclusive Q&A which talks about Souls’ new album and Hiero Day.

M.O.I. JR: Can you tell the people who may not know who is Hieroglyphics?

Tajai: Hiero is a crew from Oakland that consists of Del The Funky Homosapien, Casual, Domino, Pep Love, Souls of Mischief – A Plus, Opio, Phesto and Tajai – and DJ Toure.

M.O.I. JR: What is the secret to your independent Hip Hop success internationally?

Tajai: We make honest, imaginative music and we relate to the listeners because we are fans ourselves. We strive to be original and true to the art form and have fun with it at the same time.

M.O.I. JR: Can you tell us a little bit about your new record, “The Kitchen”?

Tajai: “The Kitchen” is a project we collaborated on with Sacramento DJS/Producers “The Sleeprockers,” We provided the ingredients, beats and rhymes. And then they cooked it up with turntable techniques and musical layers. It is an exercise in synergy, and although it is our third release as a crew, it’s very different than a traditional album.

Tajai: We are touring all over. Casual is in the Southwest, Del is in Brazil, and Souls just did 60 dates in the U.S. and Canada.

Tajai: Hiero Day was an idea that a dedicated fan made up. He stated that on Sept. 3 (9/3 in honor of 93 ‘til Infinity) he planned on wearing Hiero gear and spreading our music. It is in that spirit that we decided to have an official, annual celebration on that date to honor independent music and businesses, in Oakland and of course Hiero.

We make honest, imaginative music and we relate to the listeners because we are fans ourselves. We strive to be original and true to the art form and have fun with it at the same time.

M.O.I. JR: What were some of the highlights of last year’s Hiero Day?

Tajai: NONVIOLENCE. The fans cleaning up after themselves. The family vibe. The variety of awesome talent that came out to support us and show love to the crowd. The fact that the entire event was FREE. The smiles on everyone’s faces.

M.O.I. JR: What will Hiero Day consist of this year and who will be gracing the stage?

Tajai: We are having this year’s celebration at Linden Street Brewery in the West. We have a special Hiero Glo brew they made for us. More skating, vendors and acts. I’m gonna send you a flyer, 30-plus acts! plus an official proclamation from Mayor Quan declaring 9/3 Hiero Day in Oakland.

M.O.I. JR: What else is going on with Clear Label Records and Hiero Imperium?

Tajai: Hiero Imperium is planning on releasing new albums from myself, A Plus, Phesto and a new Hiero album. We want to continue to expand our legacy. As far as Clear Label, I hope to start placing acts on soundtracks and in video games.