On Saturday, Aug. 31, I was transferred to LSU Hospital for evaluation. I was informed that the chemo treatments had failed and were making matters worse and so all treatment came to an end. The oncologists advised that nothing can be done for me medically within the standard care that they are authorized to provide. They recommended that I be admitted to hospice care to make my remaining days as comfortable as possible. I have been given two months to live. 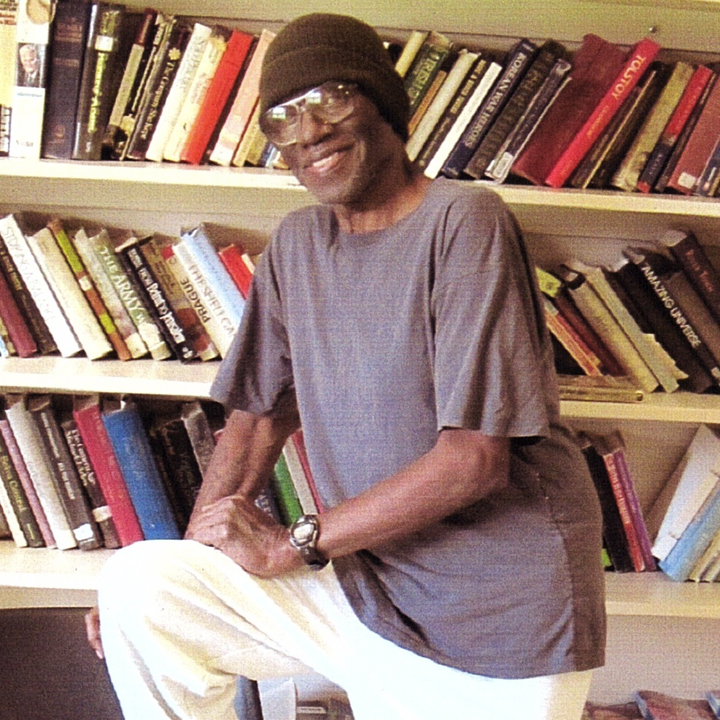 I want the world to know that I am an innocent man and that Albert Woodfox is innocent as well. We are just two of thousands of wrongfully convicted prisoners held captive in the American Gulag. We mourn for the family of Brent Miller and the many other victims of murder who will never be able to find closure for the loss of their loved ones due to the unjust criminal justice system in this country. We mourn for the loss of the families of those unjustly accused who suffer the loss of their loved ones as well.

Only a handful of prisoners globally have withstood the duration of years of harsh and solitary confinement that Albert and myself have. The state may have stolen my life, but my spirit will continue to struggle along with Albert and the many comrades that have joined us along the way here in the belly of the beast.

In 1970 I took an oath to dedicate my life as a servant of the people, and although I’m down on my back, I remain at your service. I want to thank all of you, my devoted supporters, for being with me to the end.

Keep in touch with Herman and Albert

Herman Wallace and fellow prisoner Albert Woodfox were placed in isolation in 1972. Since then they have been confined to 6.5 by 9-foot cells for 23 hours a day and allowed out only to exercise alone in a small outdoor cage, to shower or to walk along the cell unit corridor.

Call on Louisiana Gov. Bobby Jindal to end the 41-year nightmare and release Herman so that his family can care for him during his last months.

Both men were convicted of the murder of prison guard Brent Miller, yet no physical evidence links them to the crime; potentially exculpatory DNA evidence has been lost, and the testimony of the main eyewitness has been discredited. These serious legal concerns compound the injustice of decades of cruel confinement.

Now 71-year-old Herman Wallace is terminally ill with liver cancer. Call on Louisiana Gov. Bobby Jindal to end the 41-year nightmare and release Herman so that his family can care for him during his last months.

End 41 years of solitary confinement for Herman and Albert

For 41 years, Albert Woodfox and Herman Wallace have been held in solitary confinement, mostly in the Louisiana State Penitentiary, known as Angola prison, an 18,000-acre former plantation worked before and since emancipation by enslaved Africans. 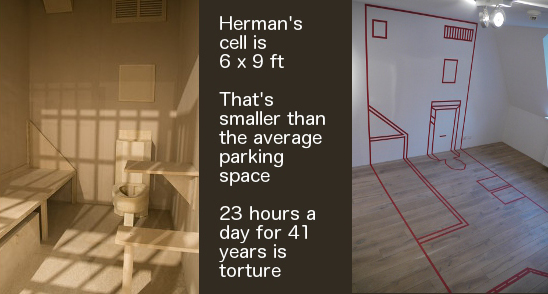 Albert Woodfox and Herman Wallace, along with Robert King, formed the first prison chapter of the Black Panther Party in 1971, building a movement to desegregate the prison and end widespread rape and violence. They worked as jailhouse lawyers helping prisoners file legal papers and organized multiple strikes and sit-ins for better conditions. A year later they were charged with murdering a guard and thrown in the “hole” and have remained in solitary confinement ever since.

Robert King, the only member of the Angola 3 who has so far won his freedom, was released after 29 years of isolation when his conviction was overturned in 2001. He has worked tirelessly since then to free his brothers, traveling the world speaking out for their release and against the torture of solitary confinement.

Two such charismatic, caring and courageous men must be set free NOW. Forty-one years of solitary torture in punishment for having the audacity to bring hope and dignity into the lives of prisoners is far too long.

Angola Prison Warden Burl Cain has “more than once suggested” that Woodfox and Wallace must be held in solitary because they ascribe to “Black Pantherism.”

According to Solitary Watch, in a 2008 deposition, attorneys for Woodfox asked Cain, “Let’s just for the sake of argument assume, if you can, that he is not guilty of the murder of Brent Miller.” Cain responded, “OK, I would still keep him in CCR [Closed Cell Restrictive, Louisiana’s version of solitary confinement]. …

“I still know that he is still trying to practice Black Pantherism, and I still would not want him walking around my prison because he would organize the young new inmates. I would have me all kind of problems, more than I could stand, and I would have the Blacks chasing after them.”

Two such charismatic, caring and courageous men must be set free NOW. Forty-one years of solitary torture in punishment for having the audacity to bring hope and dignity into the lives of prisoners is far too long.

Robert King, the only one of the Angola 3 who has been released from prison, talks about how he coped with 29 years in solitary confinement. – Amnesty International production published June 6, 2011