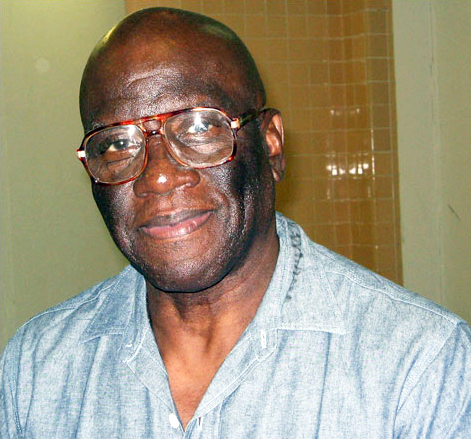 As I write this, Herman Wallace (born Oct. 13, 1941), stalwart revolutionary for the cause of justice, lies with advanced liver cancer in hospice in a Louisiana state prison. Amazing that even in his final hours, minutes, seconds, days, the Louisiana judicial system which has already conceded to bail will not set it and let the man at least have a taste of freedom. Herman is not dead. In fact, Robert King, the only free member of the Angola 3, says his comrade, 71, rallied his energies for a deposition just this week.

In July this year, Amnesty International called for Herman’s release, just as it has been campaigning on behalf of the human rights violations inherent in the extended solitary confinement of both Herman Wallace and Albert Woodfox. The length of Wallace’s captivity shows how sometimes what is urgent is not comprehended until it’s too late, whether that is one’s legal team or the judicial system. Systems are not people. In fact one could say, as a member of a system, paramount to keep in mind is one’s humanity at all costs. Corporations, “legal people,” nor by extension machines or robots, despite what one sees on TV, neither “feel” nor do they have hearts or innate empathy. 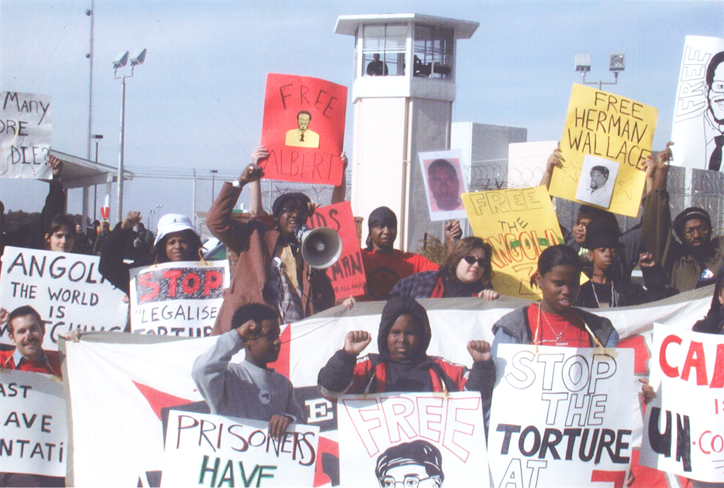 It was urgent that Herman Wallace and Albert Woodfox be released as soon as Robert Hillary King walked out of Angola State Prison almost 13 years ago, on Feb. 8, 2001. It was even more urgent when the two remaining members of what collectively was known as Angola 3 were split up, Albert sent to David Wade Correctional Center in November 2010 and Herman sent to Hunt Correctional Center, where a closed cell isolation tier was created for the first time just for him, in March 2009. Prior to the move, the two men enjoyed a few months in general population before solitary confinement resumed.

How can one’s thoughts create such fear in one’s captors that these vessels remain separate from the general population as if the intangible can be contained? As those who have followed the case know, this is a personal vendetta waged by Louisiana Attorney General James “Buddy” Caldwell, who has stated that he opposes the release of these two men “with every fiber of his being” and that solitary confinement is nothing more than “protective cell units” known as CCR or “closed cell restricted.” Burl Cain, warden of Angola and Hunt prisons, says Wallace and Woodfox are in solitary to keep their “Black Pantherism” from spreading to other inmates. 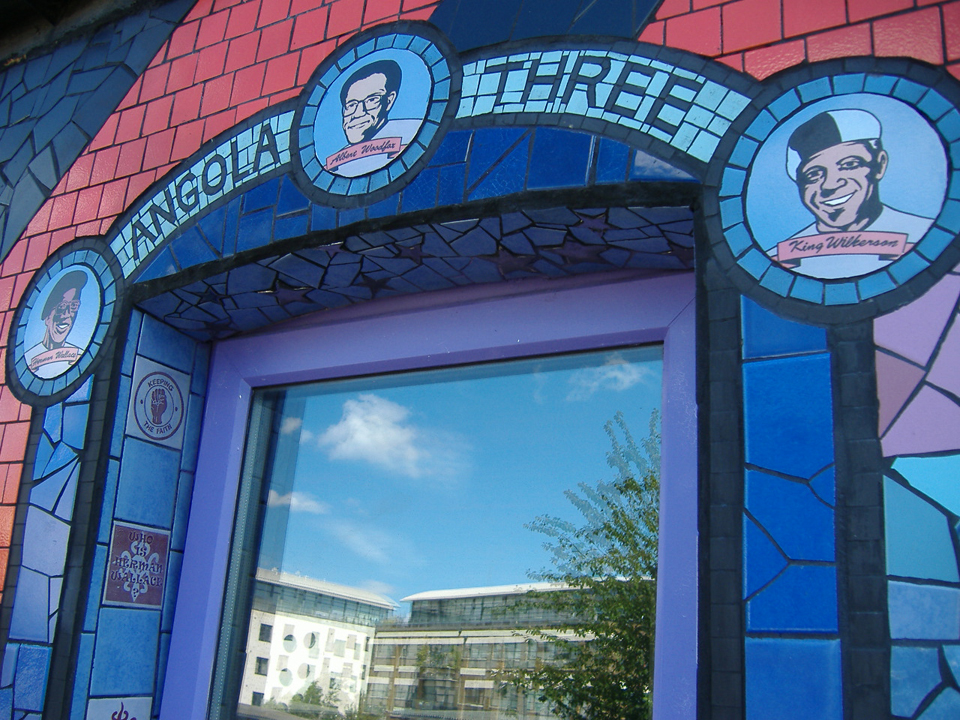 Over the collective 100 years the three men were held in solitary confinement, they legislated freedom and justice on the inside. They conducted political education classes, kept young men from being raped and used as sex slaves, as they demanded respect, whether that was in the way prisoners were served dinner or in A3’s continued battles against injustice – often physically – all the while refusing to allow their spirits to become broken.

Look at Albert Woodfox, whose case has been overturned three times, once by a state judge and twice by a federal judge, the last time June 2012. The state of Louisiana, through Attorney General Buddy Caldwell, is objecting and appealing the ruling. The case is slated to be heard by a three judge panel of the U.S. Fifth Circuit Court of Appeals – covering the states of Texas, Louisiana and Mississippi – one of the highest courts in the land, to determine whether or not Judge Brady’s order for a new trial stands or reverses the decision.

The men have a pending civil suit, Wilkerson, Wallace and Woodfox vs. the State of Louisiana which the United States Supreme Court ruled has merit to proceed to trial based on the fact that their 41 years in solitary confinement is inhumane and unconstitutional. The outcome of this landmark civil case could eliminate long term solitary confinement in U.S. prisons. 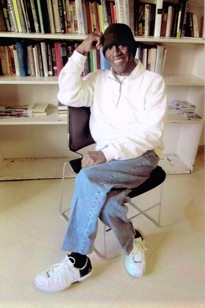 King speaks often about legality and morality and how what is legal is not always moral. He also says that the Angola 3 might be on the billboards when one thinks of such injustices as solitary confinement, but they certainly are not the only victims. The recently suspended 60-day prisoners’ hunger strike in California underscored this point for a nation which has allowed injustice to reign unchecked. King says that what the three men hoped to foster and sustain was a vigorous resistance movement to prisons, solitary confinement and the New Jim Crow.

Even before privatization, America’s prison industrial complex, especially in the South, reflected the worst of American history, its slave trade. As I travel in Africa, prisons are in every country where I have landed. None are places anyone would like to call home, but there is something about the American system – it is profitable and its inmates are cut off from society like errant parcels on a UPS truck dumped without labels in trenches and forgotten about.

I have watched loved ones die before. I remember when my father made his transition. It is a slow process. The first sign was when he refused food. The mind is still really powerful and as I watched a friend on his death bed years later wait for his beloved to arrive and then let go, he asked me with his eyes for water to wet his lips. There is always a sign; in Jamal’s case, he stopped talking a week or so before he left here. 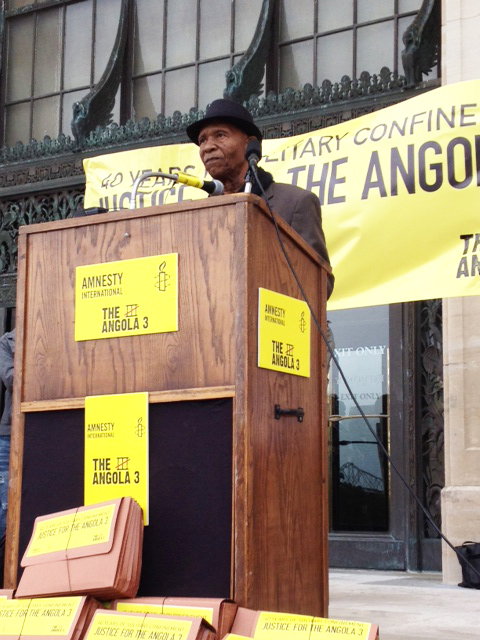 Jamal’s friend was driving from San Francisco to Irvin and it took about six hours for her to arrive, so he waited for her as we played music he enjoyed from his computer, read his poetry aloud along with affirmations from a One Life Mediation CD I’d brought with me; I used lavender oil to give him foot massages and rubbed his legs and to let him know we were there with him.

This is a holy time. The men that evening gathered around Jamal’s bed touching him, as his eyes were closed and shared men secrets and stories (smile). I kissed him goodbye and wished him well on his journey and then before my friend, S. Pearl, and I reached my mother’s house, he was gone.

We also need to rally behind Albert Woodfox and secure his freedom. Slaves did not live to old age; most were worked to death before 25. That we have elders in these slave camps over 50 years old – most incarcerated as teens – says something terrifyingly horrible about this nation and our collective future.