A prisoner at Georgia’s Special Management Unit Prison in Jackson, Georgia, was found unresponsive in his cell days after he had been engaged in a heated argument with staff.

The prisoner, Charles (Charlie) Moore, a mental health inmate known for being argumentative and outspoken, was being housed at GDCP SMU for behavior that is incompatible with General Population Guidelines. 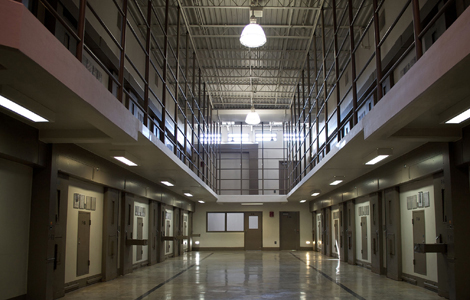 Between the evening of July 16 and July 17, Moore did not respond to verbal commands from staff and was exceptionally quiet, which was rare. After attempts to stir him failed, staff members entered his cell and transported him to the medical department. He was late1r pronounced dead.

An autopsy will be performed by the state crime lab to determine the cause and time of death. It has been reported that he overdosed. The Georgia Bureau of Investigations will conduct an investigation.

The Georgia Department of Corrections has a standard operating procedure – SOP II B089-0001 – that requires 30 minute security checks to be conducted. Upon completing the check, the officer or other staff member is to log on a timesheet the exact time of the check, not before or after.

Were 30 minute security checks conducted on this day?

The SOP prohibit the use of “gang entries.” This is where the timesheets of security checks will be signed all at one time without actually conducting a visual check.

Check sheets are designed for the use of staff, supervisors, medical staff, counselors. Proper security checks are seldom made, especially on the nightshift, during weekends and holidays.

Based upon GDOC protocol, there are two methods to conduct a proper security check: a) a visual check; b) a knock check! I will explain each briefly: a) Visual check: This check is done by opening the window covering and looking inside the cell; b) Knock check: This check is done by knocking on the cell door until a response is given. This is almost never done, as the staff say its time-consuming. Even the medical staff sign charts without conducting a check.

So why is this significant to the death of Mr. Moore? Because if the autopsy reveals that Mr. Moore had been deceased for more than 30 minutes prior to being discovered, then the 30 minute entries indicated on Mr. Moore’s check sheet were fraud and deceit, thus posing the question, Could he have been saved?

Could the death of Mr. Moore have been prevented?

Amazingly, immediately after the demise of Mr. Moore, female staff members and other additional officers walked through the dormitories and conducted proper visual security checks. Why did it take the death of a prisoner for them to put the proper amount of staff in a dorm? Why, all of a sudden, did they show concern?

Many grievances are filed regularly about the security checks not being conducted and “gang entries” being used to sign check sheets, and always the response to the grievance is that the check sheets are signed accordingly. So again, prison officials rely heavily on the check sheets as evidence and will oftentimes disregard the camera recording.

Shhh! If we listen closely and observe the signs, Mr. Moore will give you the answers to these questions.

In closing, these are just some of the acts that are notoriously practiced in the prison system. This is lying, deception and fraud, camouflaged under the name of justice.

Again, were 30 minute security checks conducted on this day? Was Mr. Moore’s condition ignored? Could the death of Mr. Moore have been prevented? Shhh! If we listen closely and observe the signs, Mr. Moore will give you the answers to these questions.