Streets Is Talking Radio is one of the dope internet radio shows that is based out of Oakland’s Youth Radio building. It was founded a few years back by Leon Dynastee to be a part of the Allday.fm lineup of radio shows that were being produced as part of a new network. It has been one of the more popular shows on the network considering that it has had to compete with the shows of such legends as Davey D and Sake 1. 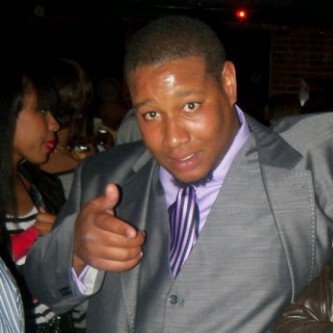 Streets Is Talking is definitely making a name for itself in the Bay’s pantheon of independent media with its roster of new music, local music and public affairs topics. If you never checked them out on the dial, here is the man behind Streets Is Talking Radio, Leon Dynastee …

M.O.I. JR: Can you tell people how did Streets Is Talking Radio get started? When?

Leon: Streets Is Talking Radio started September 2007. As an intern at Youth Radio, I was given an opportunity to pitch an idea for an online radio show. Youth Radio had just moved from the space in Berkeley to where it is currently located on 17th and Broadway.

At the time, Hyphy music was dying off slowly, and there were artists in the Bay Area who had a sound that wasn’t related to the “Hyphy” sound. Yet they weren’t getting the recognition. My pitch was for an online radio show that would showcase up-and-coming artists with an emphasis on Bay Area artists.

M.O.I. JR: What genre of Hip Hop do you play on your show?

Leon: To say SITR (Streets Is Talking Radio) is a Hip-Hop only show wouldn’t give the show its full justice. We play everything from current top 40 songs, Reggae, Techno, Electronica, Political Rap, Party Rap; we honestly play a little bit of everything.

M.O.I. JR: What is the importance of radio in Black and other communities of color?

Leon: Radio and other media outlets allow communities the chance to get their voices heard, their perspectives – no watered down interpretation, pure on-point thoughts.

M.O.I. JR: Don’t you also promote shows? Are they in collaboration with the show?

Leon: Streets Is Talking Radio is associated with “Fresh Steps” a monthly live performance event every third Sunday at Luka’s Lounge in Uptown Oakland. We are starting to do more “Streets Is Talking Radio Presents” events as well. The point of the shows is to showcase talent and also give our younger artists, age 18-20, a chance to have their voices heard.

Aside from top DJs, interns and former students from Youth Radio also are featured on Alldayplay.fm.

M.O.I. JR: Do you think that there is a bigger future ahead for internet radio? Why or why not?

Leon: With satellite radio getting bigger and bigger 10 years after its start, internet radio is the next huge wave. Internet Radio will be huge in 10 years, quote me. The freedom given on internet radio will make others more intrigued to hear what others have to offer.

M.O.I. JR: When can people hear you live? How do people stay up with what you are up to?

Leon: Streets Is Talking Radio’s weekly live show is every Tuesday from 9-11 a.m. We also will continue to produce video content and audio interviews. We’re at Facebook.com/StreetsRadio, Twitter.com/streetsradio and Instagram: @StreetsRadio.

‘Yes Her Do’: an interview wit’ Frisco rapper Madam T