Brotha Chokwe becoming the people-elected mayor of a city which is predominantly New Afrikan has provided us with the opportunity show the people that we are capable of governing and providing effective leadership. As we all know, many are praying that our brotha fails and will do everything in their power to impede his ability to serve and build. 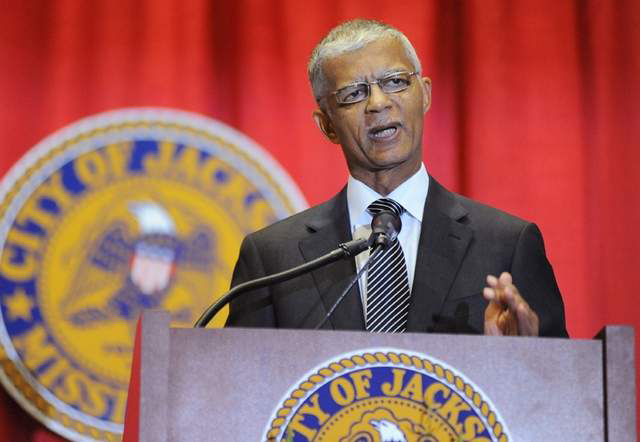 Regardless of what we may think about the U.S. political or economic system, we must support our New Afrikan brotha – i.e., without compromising our core revolutionary principles and tenets – and assist him in building a strong and viable Black stronghold. We must take both a strategic and tactical approach for this and not a subjective one. Think in terms of the potential benefits.

We understand that many Whites are fleeing Jackson, Mississippi, and no doubt many more will follow, and as a result a depletion of resources, money and jobs will and has occurred affecting Brotha Chokwe’s ability to rebuild, deliberate and orchestrate plans. But I believe if we combine our efforts towards the development of a comprehensive plan of action that has the greatest potential to succeed, we can and will facilitate Brotha Chokwe’s vision for building a viable and stable city within the territory of our New Afrikan nation.

This concept is so simple, unnecessary verbiage would only do it a disservice – and clarity of purpose is an innate prerequisite in the development and presentation of new ideas and/or concepts. The difficulties may lie within its constitutional mechanics, but a comprehensive proposal could even simplify the most difficult of tasks.

Brotha Chokwe Lumumba’s victory has provided us with the opportunity to develop the first city in the U.S. to be entirely constructed and dependent on the concept of Green Technology. Every infrastructure, as well as institution, will be rebuilt, retrofit and/or repaired utilizing Green Technology. Understanding this is a long-term process which will require his re-election.

It is equally imperative to stipulate that Operation Green Future (OGF) will not be business as usual. Big business exploiting the workforce to maximize their profit margin will not be tolerated under the conceptual context of OGF. The OGF protocol will require that its Green workforce be paid according to the cost of living in the city of Jackson, Mississippi, and that workforce rights will be fully protected and respected.

Brotha Chokwe Lumumba’s victory has provided us with the opportunity to develop the first city in the U.S. to be entirely constructed and dependent on the concept of Green Technology.

There exist multiple steps to initiate towards facilitating the implementation of such an endeavor, but the initial priority is going to be twofold. Both steps are vitally crucial towards the success of Operation Green Future, but before we expound on these two crucial steps, let’s briefly examine the benefits:

Though I have no doubt we can identify a multitude of beneficial advantages, but I believe that the three I listed above strategically encompasses all potential benefits, those that are anticipated as well as those benefits that are not anticipated.

1. Identify all Green-oriented businesses that finance, develop or produce technology or products that fall within the scope of Green technology, environmental responsible and sustainable energy, such as wind turbines, solar panels, light bulbs, toilets, windows, agriculture, cars, homes, biodegradable products. Offer these companies tax breaks and other incentives designed to encourage them to move or develop and build manufacturing plants in Jackson. It is critical that this will not be about making money off of poor people. We want them to understand this is an investment in the future.

Jackson will serve as a medium for marketing and promoting Green technology. For example, let’s say we recruit a New Afrikan company that produces solar panels and we allocate funds from the Green Future Society Trust Funds (GFSTF) to pay this company to retrofit 20,000 low-income homes with solar panels. This would cut their energy bills dramatically. This program would provide this company free advertisement via Green tourism. Potential clients would tour the communities as well as public buildings where these solar panels are installed. Mayors and other potential clients would be able to tour the city where Green technology is incorporated on every level of society. Recruiting these companies is imperative to the success of this plan of action.

2. Green Future Society Trust Fund (GFSTF): As we all know, funding will be a major issue, so we must develop a source list of philanthropists who would be willing to donate money to this worthy project as long as they understand unequivocally their donations come with no strings attached; they have no influences over the political, economic or social direction of the city. Each philanthropist will pledge millions of dollars to the GFSTF and this money will be specifically designated for funding Operation Green Future (OGF).

I realize many socialist activists are reluctant to accept donations of funds from kapitalist entities, and this is understandable but not strategically sound. One of our major obstacles is our inability to establish a strong economic base to fund our activities and/or community-based programs. I often tell comrades, as socialist revolutionaries we can no longer engage in the expropriation of kapitalist interests. This aggressive method has exhausted its tactical usefulness.

Jackson will serve as a medium for marketing and promoting Green technology.

We must begin to employ legitimate and legal means by which to fund our movement, agenda and institutions, and this can be done without capitulating our basic tenets to the ills of kapitalism, but it’s time to implement socialist entreprenuerism. The OGF will not be solely dependent on the GFSTF. This will be just one of many sources we develop. One of Bill Gates’ goals was to get computers in every low-income community school. Why not invite his generosity in the service of upgrading the schools in Jackson? I believe that many sincere White philanthropists, may they agree with our core beliefs or not, who would financially support Operation Green Future.

People, this is not a complete blueprint nor was it designed to be such. This is only a proposed plan of action with many missing components, and it is for this reason I chose this medium to present this comprehensive plan of action. The development of this plan of action (POA) will take, if not demand, a collective effort. Each person can take this POA and construct a more detailed and practical blueprint and present it to Brotha Chokwe Lumumba. I have never claimed to have all the answers to our problems.

I have spent the last 30 years in isolation – solitary confinement – so my knowledge relating to Green technology is limited. But as I/we enter the 46th day of our hunger strike, I felt a sense of urgency to put this thought on paper. Though my energy level is extremely low and we are under threat of being force-fed, I tapped into every ounce of energy to get this POA done. I trust that the people can and/or will complete this task, but keep it true to New Afrikan scientific socialism and resist the greed and exploitation of kapitalism!