Are you aware of California Senate Bill 260 by Sen. Loni Hancock? It deals with youth offenders’ parole hearings and was signed into law Sept. 16, 2013, by the governor. It requires the parole board to consider release of offenders who committed offenses prior to being 18 years of age. 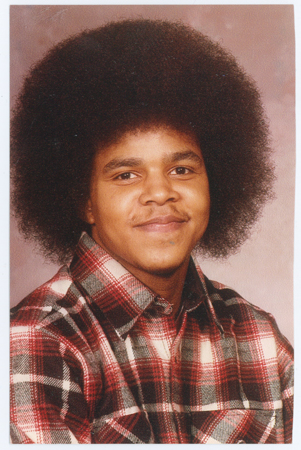 S.B. 260 comes on the heels of the U.S. Supreme Court ruling in Miller v. Alabama (2012) 183 L.Ed.2d 407, which continued an embracing of the science which suggests a “fundamental difference between juvenile minds and adult minds,” including parts of the brain involved in behavior control.

In S.B. 260 the Legislature recognizes that youthfulness both lessens a juvenile’s moral culpability and enhances the prospect that as a youth matures into an adult and neurological development occurs, a “youth offender” can become a contributing member of society. S.B. 260 says it is the intent of the legislature to create a process by which growth and maturity of youthful offenders can be assessed and a meaningful opportunity for release established.

In 2009, I had a parole hearing where I was represented by attorney Anthony D. Prince, who tried to raise the scientific data that S.B. 260 now embraces. The very wise Mr. Prince used the Supreme Court’s ruling in Roper v. Simmons, 543 U.S. 551, 564-67 (2005), which abandoned the death penalty for juveniles because of their diminished culpability.

However, in 2009, the board, like every board prior, would not consider the argument nor could it care less about age. The board interpreted the argument of diminished culpability as an avoidance of responsibility and a lack of insight – and denied me parole for 10 more years.

However, because in my opinion of this brilliant approach and argument by attorney Prince, the board was forced to use what it called confidential information to justify its denial. It wouldn’t tell us what this information was nor would it give us the dates of any reports as is required by their rules, which brings me to the reason for this letter: I need a lawyer who would be willing to represent me at this next hearing.

In 2009, I had a parole hearing where I was represented by attorney Anthony D. Prince, who tried to raise the scientific data that S.B. 260 now embraces. When attorney Prince argued these specifics in 2009, he was rudely shouted down by the commissioner with a “Sir, sir, none of that has ever been proven.” I was denied parole for 10 more years.

I would like to have a lawyer I can trust to represent me because since the board elected to use confidential information in 2009, it was imperative that I be given that information so that I can defend myself as is required by In Re Olson (1979) 37 Cal.App.3d 783 and In Re Prewitt (1972) 8 Cal.3d 470.

If I am forced to accept a board-appointed attorney, he or she is not likely to push for this 2009 confidential information to be turned over as it should and perhaps will even work against me.

S.B. 260 amends the Penal Code and adds two new sections, Section 3051(a) on youth offender parole hearings and Section 4801(c) requiring the board to give great weight to the diminished culpability of juveniles as compared to adults, the hallmark features of youth, and any subsequent growth and increased maturity of the prisoner in accordance with relevant case law.

When attorney Prince argued these specifics in 2009, he was rudely shouted down by the commissioner with a “Sir, sir, none of that has ever been proven.”

I am hoping a lawyer who isn’t afraid to roll up his or her sleeves will adequately represent me at this youth offender hearing. It is also important to note that the Supreme Court also said that “when compared to an adult murderer, a juvenile offender who did not kill or intend to kill has a twice diminished moral culpability.”

Unfortunately, as a result of the state’s practice of long-term solitary confinement, I have spent the last 30-plus years in solitary confinement. I know, no matter what S.B. 260 says, any parole consideration is surely to turn on this fact, which is why I need adequate representation.

Stealing from the poor to give to the rich