Northern Cali’s Chas Jackson is a rising star nationally on the spoken word scene. On Oct. 9, Chas was featured on the TVOne show Verses and Flow with his poem “Collect Call” about his mother. It’s an emotional editorial on having his family split by the U.S. concentration camp system aka the prison industrial complex’s war on the domestic Black community. This poem is especially timely coming on the heels of the monumental California Prison Hunger Strike of ‘13. Here is Chas Jackson in an exclusive Q&A with the Bay View …

M.O.I. JR: Can you tell the people a little bit about where you are from? And the steps you took to develop yourself into a renowned spoken word artist? 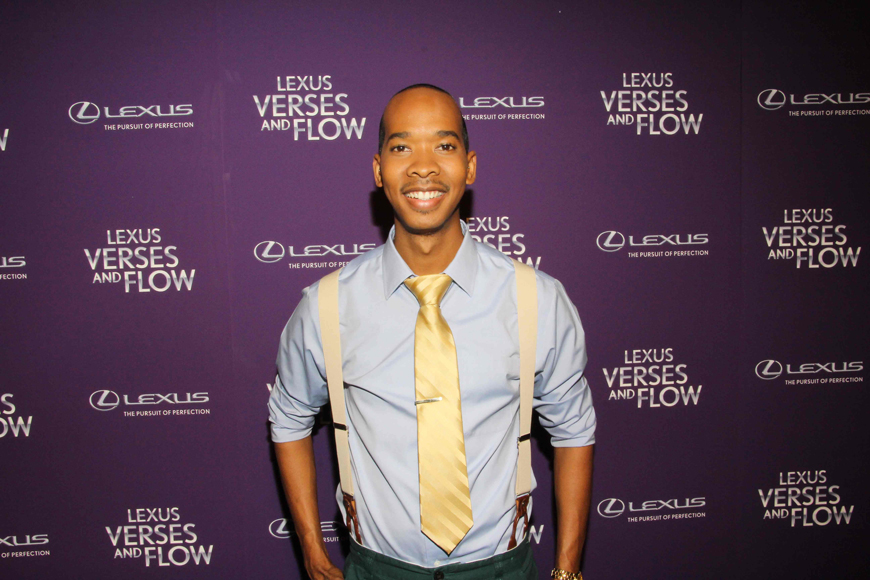 Chas: I grew up in Vallejo, California, with two working parents; and what’s important about both of these factors is that they’ve shaped who I’ve become. Growing up the Bay Area was a rich backdrop to constantly being immersed in culture. I went to school in Napa and Richmond, so I’ve got book smarts and street smarts.

For me, the Bay Area is in my blood and therefore it seeps out in my writing. As for my parents, though I’m sure they would have loved for me to become a lawyer, they never told me that there was anything that I couldn’t do. So growing up, the impossible was always possible for me, and I thank God for them never taking that possibility away from me.

M.O.I. JR: You were on TVOne’s Verses and Flow recently doing a very important poem called “Collect Call.” Can you tell the readers what that poem is about? And why did you pick that poem to do on television?

Chas: “Collect Call” is a poem written about my biological mother, who’s been in my life since I was 14. I wrote the poem during the time in which my mother was incarcerated. It was not only hard on her but also on myself and my younger sister.

People of all walks of life have met me off stage in tears, hugging me, thanking me and sharing their own stories after hearing me perform the poem. Honestly, I think that’s what spoken word poetry is all about – moving someone in some way, either to tears, laughter, to being uplifted, touched or inspired.

M.O.I. JR: How did you hook up with Verses and Flow?

Chas: I submitted to Verses and Flow and was chosen to be on the show! They are actually open for submissions for Season 4 right now on the website, www.versesandflow.com. The producers of Verses And Flow actually choose the poem you perform on the show; you submit several poems and they choose. I’ve been told before that they were very drawn to the poem “Collect Call.”

That’s what spoken word poetry is all about – moving someone in some way, either to tears, laughter, to being uplifted, touched or inspired.

Chas: Currently I’m working on a television pilot about a “Manny,” a male nanny. I’m also finishing up a coming of age novel that takes place where else but in the Bay.

M.O.I. JR: Who inspires you as a spoken word artist?

Chas: My students inspire me. Their resilience is amazing. A lot of the students I’ve taught appear to be old souls even in their constant text messaging. I believe that if you stop talking at teenagers and start talking to them you’ll really be amazed at what you find. So I make decisions based on whether or not it’s pleasing to God and would I be ashamed to admit them in a room full of my students.

Chas: My creative process involves writing every day. No matter how I’m feeling, getting something down on paper excites me. People excite me, so I have conversations with friends, and I do a lot of people watching – I hope that doesn’t sound creepy.

You wouldn’t think that a spoken word artist would say this, but I often try to listen more than I talk. That way you really learn how people talk, think and respond to the world around them.

When I wrote the poem “Collect Call,” I was accepting a lot of “collect calls” from prison and though it was a sad time I was interested in the stories my mom would tell me from this unique lens in which she was living. We honestly crack up when we watch the show “Orange Is the New Black” because my mom described these kinds of ordeals years before the show debuted.

Chas: Anyone can stay in touch with me on my website, www.iAmChas.com, and I’m pretty much @iAmChas on all social media.