I just read the article that Dr. Everett D. Allen, former chief physician and surgeon at Pelican Bay State Prison, wrote for the Bay View readers in and outside prison walls and agree with everything he said. As a lot of us back here know, these folks got him out of here because he was sympathetic to prisoners’ medical needs and did all they could to discredit the doctor. I think we all know a little something of those tactics.

Dr. Allen has done all he could to help prisoners in the SHU in their court complaints. He is being persecuted for exposing how prison medical staff cuts corners, delays treatment or totally denies it – and I’m glad he spoke up.

Medical treatment has always been inadequate here at Pelican Bay State Prison, whether by design by healthcare administrators and the policies they implement or whether it’s the personal attitude of certain physicians, practitioners and medical staff towards certain prisoners. I’ve seen it, experienced it. 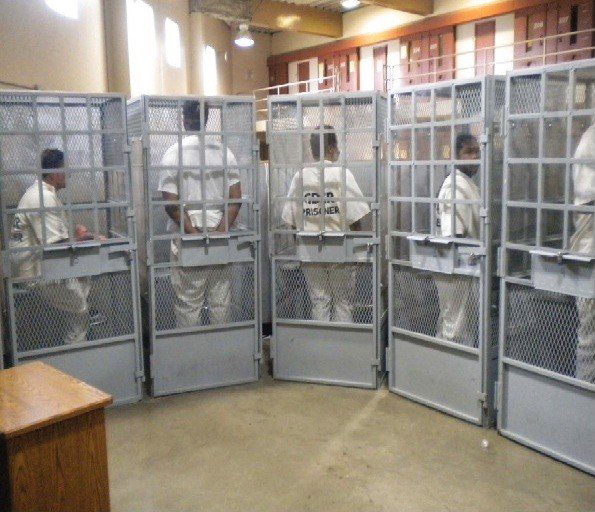 The medical staff has done as little as possible and at times nothing at all. Many prisoners can attest to that. I’ve been at PBSP SHU since 1989, the year it was built. I arrived on one of the first buses from Tehachapi and remember watching from the bus window as guards were throwing our property boxes across the driveway and others were kicking our TV boxes.

I think from that point on I knew this place was not going to be like the other SHUs I’ve been in. I drove up in very good health and it got even better after we were forced to quit smoking. The food was good when we first got here and they served us some fat trays.

But that changed in a hurry. From restaurant dishes, we went to the dump. They’ve been giving us what seems like all the leftovers other prisons don’t want and we’ve been stuck with that same menu ever since.

At first I didn’t need medical treatment, but all of a sudden I got sick in 1992 and thought I was dying. I had something serious wrong. I lost a lot of weight, from 180 pounds, I dropped to 142 pounds. Medical staff kept saying it’s normal that I should weigh 142 anyway, according to their BMI.

I kept complaining for years until I got lucky and saw Dr. Allen at the clinic. It’s always good to see a doctor of color, any color, because they usually don’t have that problem or attitude that is noticeable in many of the prison medical staff.

Dr. Allen was reading my medical file and asked me if I was taking my medication. I said, “What medication? I’m not on medication,” and he said I was prescribed medication for my thyroid years ago. I said, “No that’s a mistake.” I was never given any treatment for that. It turned out that years before, one of the other doctors ran a blood test and must have discovered I had a thyroid problem but forgot to mention it to me.

He wrote it in my file but that’s it. Dr. Allen said I could die if I don’t take it and that I must take it for the rest of my life. He also prescribed vitamins and an extra lunch to help me gain some weight. But after they got Dr. Allen out of the SHU, the next doctor came in and cut me off and said that my problem is not a medical issue. So I said so what the hell is it then? Who do I see for it?

It’s always good to see a doctor of color, any color, because they usually don’t have that problem or attitude that is noticeable in many of the prison medical staff.

Sound familiar? Yes, that’s exactly what Dr. Allen was talking about. More recently I was getting a dental check-up and this dental physician tells me that I have a big cavity in a back tooth that needs to be pulled out. I asked if it can be fixed, he said no and I said can I wait and get it pulled out later when it hurts. He said yeah, you can wait.

So a year went by and I went for a check-up, only this time there’s a female dentist. She’s Asian and she spots that cavity and tells me she’s going to call me back to fix it. I didn’t tell her nothing about that other dentist saying it had to come out. But I always figured they’d rather just pull teeth than bother to work on it for 10-15 minutes.

The messed up part of it is, as prisoners we have no choice most of the time. If they say this tooth has to go, we just say, “Go on and pull it then.” But as Dr. Allen said, this doesn’t mean that the entire medical staff is like that. There are some that do their job, I guess.

Dr. Allen has done all he could to help prisoners in the SHU in their court complaints. He is being persecuted for exposing how prison medical staff cuts corners, delays treatment or totally denies it – and I’m glad he spoke up.