Black Mobilization Organization Education Richmond (BMOER) is a Black organization founded in 2007 by Jovanka Beckles to fill the void she saw in Richmond, California, of organized progressive social activism in the Black community. Like most other Black organizations in Richmond, we want more jobs, a better economy and improved health for our community members. Our approach, however, often differs from the more conventional and sometimes short-sighted approaches taken. 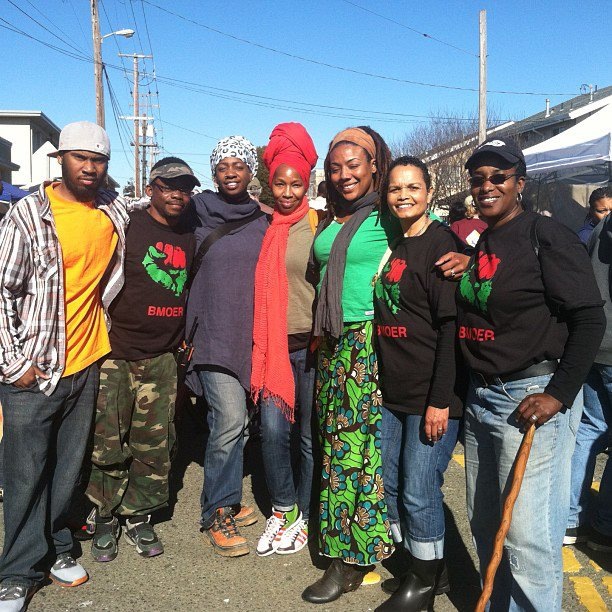 To achieve our goals, we keep in mind the words and the spirit of Fredrick Douglass. We operate from the virtues of the principles of self-ownership, self-reliance and fair play. We recognize that effecting change requires commitment to the process, time and effort. We cannot expect to achieve this change quietly. Nor can we achieve true change using conservative measures or by any means outside of ourselves.

We as Black people must do what we have done since the European inception of slavery. We must be self-determined. BMOER members want to see real and sustainable change in Richmond. We understand that change is more than a notion. It begins with us, and we must be the change.

BMOER is ever evolving as a true progressive, Black organization. We represent what it is to be Black through the inclusion of the multi-dimensional Black experience, even while understanding the deep roots of our cultural identity confusion and conflict.

Being Black is complex. We are a people who have been stripped of our indigenous cultures and languages and have been spread throughout the globe. The result of this historic cultural genocide is a race of people who have over time created a unique culture.

Careful to not fall into the trap of allowing others to define us, BMOER members resist being seduced by a media constructed culture of death for Black people that is marketed to us all day, every day and all night, every night. It is a psychological attack and BMOER confronts this attack.

Black people have created new cultures out of what they were exposed to and how they were allowed to be. Using our strong resilient indestructible spirit of creativity, Black people have created a culture – and many sub-cultures – for ourselves and have become self-defined. To be sure, there is richness in the flavor that arises in the mix and out of the common African heritage as it has been infused with any number of other cultures. 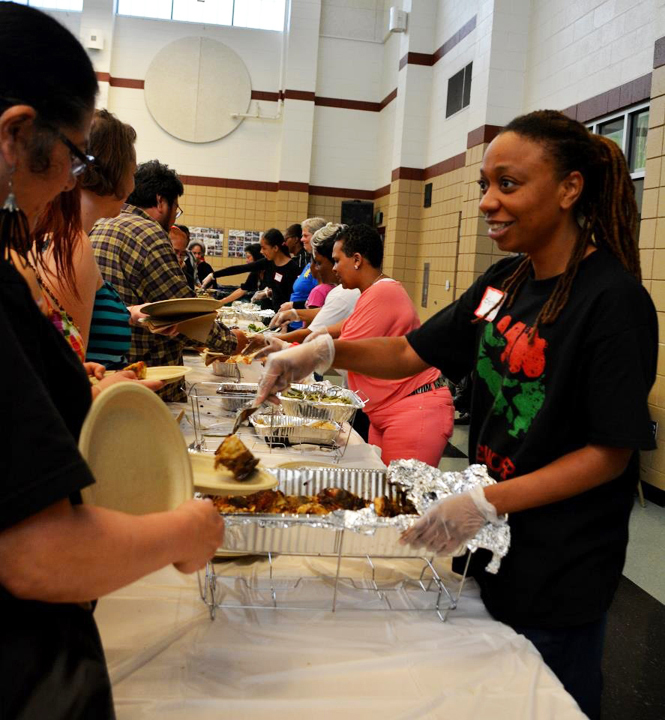 BMOER members understand very well and appreciate the complexity of race identity and the struggles many of us experience as a result of an attempted erasure of who we are as a people. We welcome and embrace our diversity that has arisen out of forced migration to many lands.

Although rare, perhaps one could encounter in Richmond a Black man from a slave lineage from Haiti who speaks Creole; a Black woman from Brazil with a history of ancestral slavery, who speaks Portuguese; Black people from Panama and other Latin American countries who speak Spanish; and a boy from the Bronx whose family, less than 200 years ago, was enslaved in the Americas.

More common is the migrant from Texas or Louisiana – descendants of those who came during the great migration of World War II to work in the shipyards in California. They are all our Black people of the African diaspora.

BMOER members know that to be Black is to be creative. Being Black is art in the flesh. Being black is being strong in the face of often harsh adversity.

Being Black is many things, including growing your own food and eating healthy with your people; persisting past the pack in a race that was designed for you to lose; voting in your best interest; loving your people. Being Black is what we create it to be.

It took a great innovative progression for us as Black people to get where we are today, and it will require even more progression for us to continue to shape our true identity rather than accept the media’s portrayal of what society expects from us. BMOER is creating the new Black, the true Black.

Through BMOER, we give a voice to Black people who have gone unheard and unseen, people whose interests have not been well represented. In Richmond, we are among the few – if not the only – Black organization that receives no funding from any major corporation or other special interest group. We challenge injustice where we see it, and we speak out against it. 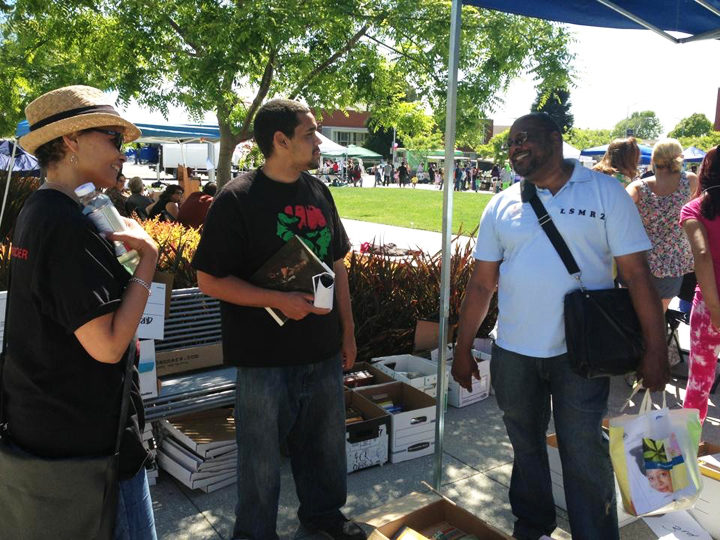 We supported progressive politicians, including Mayor McLaughlin, Councilmember Beckles, Eduardo Martinez and Marilyn Langlois because we know that they stand up for the people and fight for social justice for all people. We supported the sweetened beverage tax because we believe that our people deserve to be healthy.

It’s up to us to help ourselves by contributing to the collective economy. We marched in the Juneteenth and Cinco de Mayo parades to represent the spectrum of who we are in Richmond. We worked on the Greenway on the Martin Luther King Day of Service to promote the beloved community and to promote access to healthy food grown by the people for the people.

In the spirit of true democracy, we give a voice to all of our members. In recognition of the many aspects and ways of being Black, all voices are heard and no voices are silenced. Opinions are encouraged and openly discussed as a means to create unity at best and at worst a respectful exchange of ideas and information. We do not always all agree, but we do realize the need for fundamental respect and unity as a way for us to move forward and to grow as a people and an organization.

As Fredrick Douglass once said: “If there is no struggle, there is no progress. Those who profess to favor freedom, and deprecate agitation, are men who want crops without plowing up the ground; they want rain without thunder and lightning.”

Black people are a special African diasporic people. There is no other race in our modern time that has undergone the same struggles that we have as a people. We have had our heritage, history, language and over-all culture stripped from us over a very recent 400 years of slave bondage.

The result of this historic raping is a race of people who have over time created a culture. Black people have drawn from the elements of our surroundings to create beauty from virtually nothing. 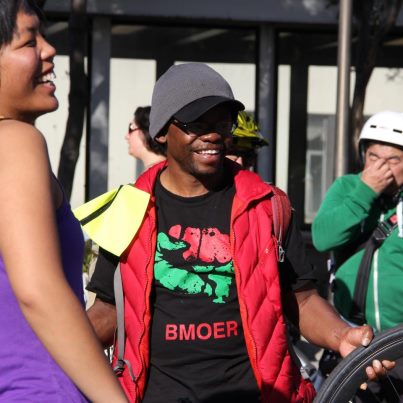 In the midst of this culture creation, the media, since its American inception, has through the majority of its outlets made consistent contemptuous attempts to guide the culture down a path of degradation. It has been a fight for identity that has continued since Black people were spread through the world on slave ships.

The minstrel show continues even in present time. Watch television. The programming presented of Black people is that of self-destructive consumerism. Listen to the radio and what you get are the same songs with three basic themes: sex, drugs and violence, with an occasional love song thrown in.

The projected positive images of Black people offered in the media reflect submission, disregard and acceptance of the status quo modeled after a white American way of life, a conservative life that turns its head to the continued economic enslavement that spans beyond Black people.

The economic enslavement has been expanded to all people. We must own ourselves – our identity, our culture, our cities, our soul. Black is more than what we see on TV.

BMOER was the first and only Black organization in Richmond to speak up against the dysfunction of the Richmond City Council and was clear who perpetuated the dysfunction.

BMOER is the first and only Black organization to speak up in favor of environmental issues.

BMOER is the first and only Black organization in Richmond to support holding Chevron accountable for its threat to the health of the community, which is why we do not take money from that corporation.

BMOER is the first and only Black organization in Richmond to speak up to encourage self-sufficiency. We have to do for ourselves.

BMOER is the first and only Black organization to speak up about respect of self and others.

BMOER is the only Black organization in Richmond to be vocal in its support of the now nationally publicized program to stop foreclosure and the spread of blight by reducing mortgages to reasonable amounts, backed up by the city’s use of eminent domain. We recognize the importance of keeping homeowners in their homes as the most important way of stopping blight, land speculation, urban removal and gentrification that drives African-Americans, other minorities and working people from their neighborhoods.

BMOER is the only Black organization in Richmond to discuss and work towards a more equitable society. We took the lead in changing a culture that is killing us. We said enough was enough! We needed to tackle those issues that affected the Black community negatively and be the change that we want to see.

We encourage all of our human family in Richmond to adopt a new culture of peace, respect, love, family and abundance. There is more than enough for all of us!

Richmond writer NaJari Kio’ Journey Smith can be reached through the BMOER Facebook page or www.BMOER.org.