“Last night another girl hung herself, and as they drug her out of her cell and down the stairs and put her on the stretcher it occurred to me that it’s become so common, so common it hurts. I mean I woke up out of my sleep and got off my bunk, got a sip of water and looked out the window and there they were silently dragging her out no alarm, no sense of emergency or urgency. Just your run of the mill ordinarily scheduled suicide. Nothing special going on here, just all in a day’s work. I don’t know. I laid in bed, praying her spirit would fight for her life since she obviously didn’t have the strength to fight for it herself. By the time breakfast rolled around, her bed was already filled by a new inmate. Like rotating cattle.” – Excerpt from a recent letter from a woman in the Security Housing Unit (SHU, or solitary confinement) at the California Institution for Women (CIW)

The California Coalition for Women Prisoners is a grassroots advocacy organization that works with women and transgender prisoners in California’s prisons and jails. Many of our members live in your district. We are also active in the Prisoner Hunger Strike Solidarity Coalition, which deals with issues of solitary confinement in California prisons. Unfortunately, we were unable to attend the recent hearing on solitary confinement which was held on Oct. 9, but some of us were able to watch on CalChannel. We appreciate your focus at that hearing on information regarding solitary confinement in the women’s prisons. 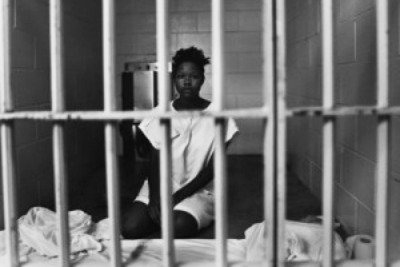 Much less is known about solitary in the women’s prisons than about conditions in male facilities. Over the past several months, CCWP has been trying to gather information and testimony about these conditions. One thing that has become clear is that the recent conversion of Valley State Prison for Women into a male facility (VSP) has led to a dramatic increase in the use of solitary confinement: Ad Seg at CCWF and the SHU at CIW. Concurrently, there have been several suicides in Ad Seg and the SHU in recent months, at least one from an alleged “overdose.” The excerpt from the letter quoted above is one of many that indicates how desperate the situation is.

We write to ask that your office initiate an investigation into women’s solitary confinement conditions. This could include on-site visits of the SHU and Ad Seg. Legislators did visit the SHU at VSPW in 2000 as part of Senator Polanco’s hearings about the women’s prisons in 2000. They were appalled by what they saw. In particular, they witnessed women who were held in cages being given “therapy” for their mental health issues. Those “therapy cages” are still being used today in both women’s and men’s isolation facilities.

We believe that several key factors have contributed to the increase in the use of solitary in the women’s prisons.

We are hoping that your office can help further investigate the situation of women in solitary, which is largely invisible but is getting worse all the time. Some questions that we think should be answered include:

Again, we appreciate your concern for women in solitary and hope that your office can help shine a light on increased use of Ad Seg and the SHU for women and trans prisoners in this period. We also think it would be important to specifically include women and isolation at the next hearing on solitary confinement, which is scheduled to be held in Los Angeles. We would be happy to discuss this issue in more depth with you.