Solitary confinement can eat away at someone’s mind, making mental illness worse and leaving many people depressed, suicidal, hopeless or hallucinating. It’s no place for individuals with mental illness. 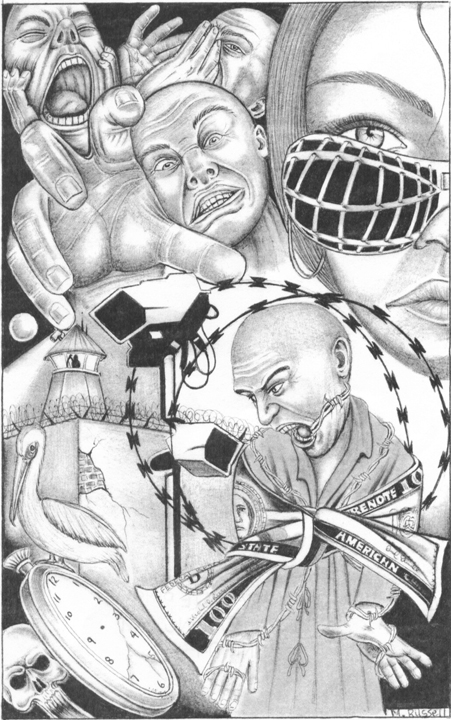 In 1995, a federal court in California agreed. After a trial exposing the appalling conditions at Pelican Bay – the state’s most notorious all-isolation supermax prison and the site of repeated hunger strikes – a federal judge ordered all mentally ill prisoners out of the prison’s security housing unit (SHU) in a case called Madrid v. Gomez.

But, because of the sometimes frustratingly limited nature of legal decisions, this judge’s order only impacted Pelican Bay. While Pelican Bay has for years been notorious for its conditions of extreme isolation – leading thousands of prisoners across California to participate in the largest prisoner hunger strike in history, some for as long as two months – it is the only California prison in which prisoners with mental illness may not be held in solitary confinement as a matter of law. This means that seriously mentally ill prisoners all over California continue to be held in long-term solitary confinement, even though the Madrid order prohibits those conditions for the mentally ill at Pelican Bay.

It’s time to change that. On Tuesday, Nov. 19, in Sacramento, key witnesses, including experts in psychology and corrections practices, will take the stand in support of the first statewide case aimed at getting all mentally ill people in California out of solitary confinement. The case is called Coleman v. Brown, and beginning today these experts will help to expose the extreme and sometimes irreversible damage of holding people with mental illness in solitary confinement.

Solitary confinement can eat away at someone’s mind, making mental illness worse and leaving many people depressed, suicidal, hopeless or hallucinating. It’s no place for individuals with mental illness.

Even more alarming is evidence uncovered by the Coleman plaintiffs showing the dramatically heightened suicide rate among prisoners in segregated housing: In 2011, more than one third of all suicides in CDCR facilities took place in segregation units; more than half of the individuals who committed suicide in the first half of 2012 were housed in segregation; and 58 percent of the 19 people who have taken their life to date in 2013 occurred in segregation units.

These disproportionately high instances of suicide are unfortunately not surprising to those familiar with the harms of solitary confinement. Psychological studies consistently show that solitary confinement can wreak distinctive harms on prisoners, including heightened symptoms of hopelessness, depression, hallucinations, self-mutilation, suicidal ideation and suicidal acts. And a 2008 study of California prisons noted a striking correlation between segregated housing and prison incident reports of self-mutilation and suicide.

Although the harms of solitary confinement for mentally ill prisoners are well known, many states, including California, have been slow to catch up to the growing trend against prolonged solitary. Across the country, corrections departments, judges, activists, prisoners and their families alike will be watching to see if the Eastern District of California holds that the CDRC must forbid the housing of mentally ill prisoners in solitary confinement.

If the court holds that it must, then California – and the rest of the country – will be forced to rethink its statewide policies governing the use of solitary confinement.