Over the decade and a half that I have known Jibril Mohammed, aka J-Mo, he has always been an inspirational figure in East Oakland. He is definitely seen as a leader in the “Dubs,” the neighborhood that he grew up and lived in, because of his organizing skills first with his rap group, Under Surveillance, then with his record label, Pushing the Beat, which had a hand in bringing Oakland rap heroes Beeda Weeda, J. Stalin, Shady Nate and others to light. 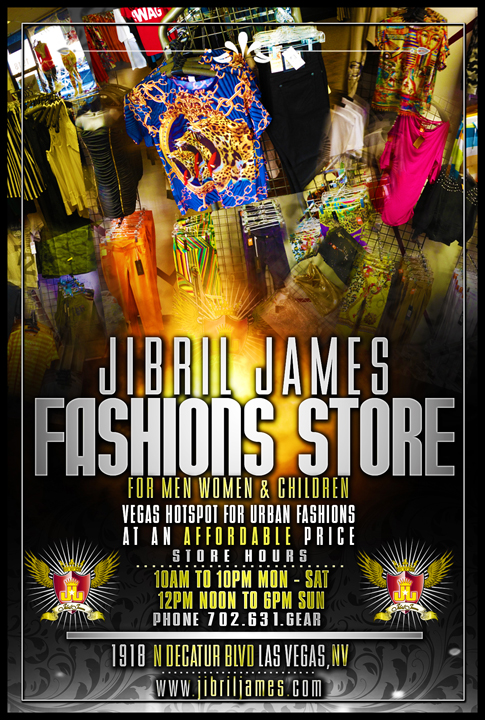 These days, he has taken a hiatus from making and overseeing the production of music and is dabbling in the Vegas retail garment industry with the opening of Jibril James Fashions, a Hip Hop clothes store off of the strip. Read about this business-wise trailblazer in his own words, and plan to visit Jibril James Fashions on your next trip to Vegas. Here’s Jibril Mohammed …

M.O.I. JR: Can you tell us where the inspiration for Jibril James Fashion came from, considering your decades long career in the music business?

Jibril Mohammed: Well, Jibril is my Islamic name which means Gabriel, the archangel, and James is my birth given name – he was the brother of Jesus. Having Christianity and Islam in my background, it felt as though I was giving my people and others something to be proud of and work towards just within the name.

Furthermore, being from Oakland, we are innovators in style and fashion, so when I first started my record label, Pushing the Beat (PtB), in ’95, I always had intentions on designing clothes. I understood music and fashion went hand in hand and every artist has a unique sound and look. So once everything went full circle and the opportunity came, I jumped at it.

I opened a store for other designers before I started to design my own clothes because I went to school for marketing and I understand branding. You must bring awareness to your brand before you can consider making it for sale. So my customers are the start of my target market when I start to design. I will know what they like or don’t like and what they can or cannot afford and knowing is half the battle.

M.O.I. JR: When did you open and what do you sell?

Jibril Mohammed: We opened Oct. 12, 2013. We specialize in urban and classy clothing and accessories for men, women and children.

M.O.I. JR: How does it feel being an Oakland businessman opening your first retail clothing store in Vegas?

Jibril Mohammed: It also gives me a feeling of town pride to know no matter where I’m at I can adapt and be proactive. The highlights have definitely been the good feedback from this community; they like our prices and customer service as well as our clothing selections. 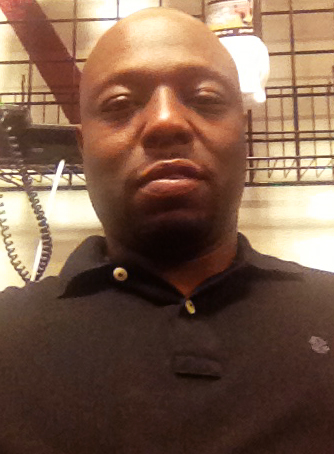 M.O.I. JR: What have some of the highlights and pitfalls been so far?

Jibril Mohammed: Also, the sense of pride from some of the elder customers to see a young Black man running his own establishment. The only pitfalls have been a few negative attitudes that come in and refraining from showing my Oakland antics and keeping it professional.

Also seeing how the Asian store owners feel when some people come in looking around and seeming like they are waiting for us to not be looking so they can lift something. I don’t like to look at people like that, but sometimes I want to say, “Hurry up and buy!”

M.O.I. JR: Isn’t one of your daughters employed at the store? How does that feel as a Black father?

Jibril Mohammed: To have my eldest daughter working with me means the world to me; just to see her blossom as a young business woman under my leadership is the ultimate blessing.

M.O.I. JR: What do you want people to learn from you coming from the streets of Oakland to owning a popular Hip Hop clothes retail shop in Vegas?

Jibril Mohammed: I would like people to understand there are no limits or boundaries to what you can do if you’re hungry for it. I come from deep in the streets. I’ve been shot, incarcerated, lost brothers, cousins and over 127 friends to the streets – yet I’ve managed to rise over and over again.

I have released 27 different CDs with various artists, written or directed 15 different videos, owned a record label, restaurant and now an incorporated clothing brand and store. You define you – stereotypes and setbacks don’t define you. A dream stays a dream until you make it reality, and I am proof that it’s never too late.

There are no limits or boundaries to what you can do if you’re hungry for it. I come from deep in the streets. I’ve been shot, incarcerated, lost brothers, cousins and over 127 friends to the streets – yet I’ve managed to rise over and over again.

M.O.I. JR: Do you plan to franchise the business out?

Jibril Mohammed: Once Jibril James Fashions is established in Las Vegas, our plans are to open in Los Angeles and a few Bay Area cities near you.

M.O.I. JR: How do people keep in touch with you? 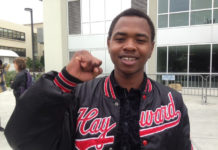 Displacement on BlackArthur, East Oakland, one business, one family, one elder at a time