With negative corporate rap taking hold of youth pop culture and our young people’s minds, this Islamic inspired “Karbala Mixtape” is doing its much needed part to fill the cultural void with constructive, meaningful music that pushes one to be a better, more informed person. Imam Hashim Alauddeen, who is no stranger to the Bay View, helped to oversee a roster of talented artists who have contributed to this project. 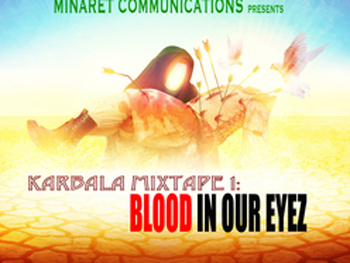 Some of the voices featured include Def Poetry Jam poet Amir Sulaiman, Left from the Bay Area rap group Frontline, Professor ALI, who is no stranger to the Bay Area Hip Hop scene, as well as some words from the late Young Malcolm. For all lovers of constructive or Islamic inspired music, check this out …

M.O.I. JR: Can you tell people a little bit about what inspired the Karbala mixtape?

Hashim: As millions of Muslims around the globe commemorate the martyrdom of Husayn ibn Ali, the grandson of the Prophet Muhammad, in various cultural expressions, we as a group of indigenous American Muslim and Christian voices have decided not to be silenced. We were inspired to tell the story of Imam Husayn and his family at Karbala in story form.

Each track tells important events in this story culminating in the imprisonment of the survivors in the court of his mortal enemy, Yazid. We tell the story while connecting the struggles of Imam Husayn with struggles of African peoples, both Christian and Muslim. The retelling of this history is important as it is also important for us as a people to retell the Middle Passage, slavery, Jim Crow and the hardships that have happened to all people around the world who have been victims of injustice. Our inspiration comes from our love of divine justice.

M.O.I. JR: For those who do not know, what is the battle of Karbala? What is its significance to Shia Islam?

Hashim: Knowledge of this epic event will shed light upon questions that many still seek to answer regarding extremism in the world today. In 680 CE, Imam Husayn and his family rose up against the oppressors and extremists of his time in order to preserve the true religion of his grandfather Prophet Muhammad. You see, this is not a Shia Muslim-only remembrance; Sunni Muslims and Christians, Hebrews and all people of humanity can relate to his rising up against oppression and fighting for justice. 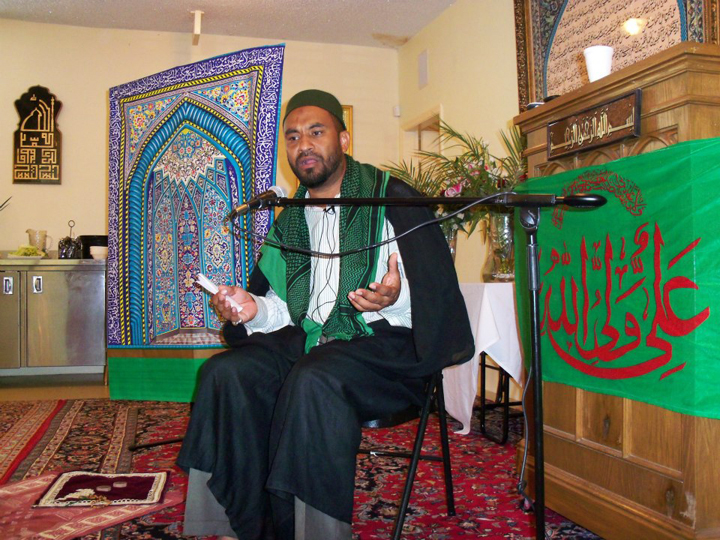 Imam Husayn stood for true Islam and gave his life in its defense.. The same false ideas which led to 9/11 and extremism in the world are the same forces which killed the Prophet Muhammad’s grandson at Karbala. Not only did these terrorists behead the Imam Husayn, but they killed his children, they imprisoned the women and put them in prison in order to suppress the Prophet’s true religion. These people were neither Sunni nor Shia Muslims but power hungry usurpers of the Muslim community.

The results of this battle can be seen today in world politics. As we say, every day is Ashura (the name of the day it took place) and every land is Karbala.

M.O.I. JR: Who is featured on the Karbala mixtape? How did you pick who was going to be on the project?

Hashim: This album features famed Def Comedy Jam poet Amir Sulaiman, Left from the Bay Area Group the Frontline, Phenomena the Poet, Professor ALI, Yusuf Abdul Mateen of Blak Madeen, Young Skitz, Shareef Nasir and Cameron. The late Malcolm Shabazz, grandson of Malcolm X, who was murdered in Mexico City in May of this year, is also a featured voice on this album.

We picked people who wanted to keep it real and kick that revolutionary flavor of the Golden Age of Hip Hop, not this materialistic, nihilistic, oppressive so-called Hip Hop of today.

M.O.I. JR: What do you hope to accomplish with the project?

Hashim: We hope first to please God and pray that the mother of Imam Husayn, Fatima Zahra, accept our efforts. As to the bigger picture, we hope again to encourage more of the grassroots to bring back the Golden Age of Hip Hop by kicking knowledge and speaking for and to the people. We need a music and language which heals, cures and brings peace to the oppressed people of the world.

We believe that if people of all cultures would learn about Imam Husayn’s struggle, they will find an example of how divine struggle will help them in their personal struggles of today. We also hope to get this new generation of people to study the struggles of peoples around the world. For African Americans, it is as if the blood of Dr. King, Malcolm X, Medgar Evers and the four little girls in Alabama meant nothing. We must never forget their sacrifices as we will never forget Imam Husayn’s.

M.O.I. JR: Our comrade, the late Hajj Malcolm Latif Shabazz, is featured on the mixtape. Why did you feel like it was important to include him?

Hashim: Young Malcolm as you know was trying to go study Islam in the Holy City of Qum in Iran. Before that desire, he had gone to Islamic school in Syria at a place called Zainabiya. This place is the tomb of the sister of Imam Husayn, Zainab, who was with her brother at Karbala.

She actually became the leader of the Muslim world after the martrydom of Imam Husayn. She was then put under house arrest for speaking out against the evil regime of Yazid. She is a saint who represents leadership, not only to women but also to men.

Now Malcolm said he connected to her struggle as a powerful independent woman who witnessed this massacre at Karbala. He saw his mother’s struggles like he saw Zainab’s and he also felt that his grandfather had taken on the life and example of Imam Husayn in his own life. So he wanted to be part of this project because of his love of Imam Husayn and the relationship he found in the sacrifices of his family’s life and that of the imam.

>Despite his unfortunate departure, he was able to participate fully: “Candles for Husayn” is a track dedicated to his mother, Qubilah, and Malcolm’s voice is featured on the song “By Any Means Necessary Yaa Husayn,” which is a tribute to Imam Husayn, Malcolm X and the late Malcolm Shabazz.

M.O.I. JR: Is there any update you can give us on his murder in Mexico City? 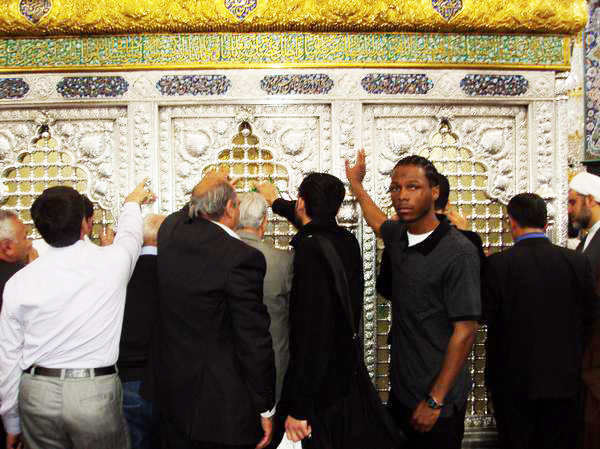 Hashim: There is not much I can say in detail but that his mother is taking care of everything, as any mother would. Qubilah is and has always been a strong woman, so it’s in good hands.

It’s interesting though that such Facebook pages as the Malcolm Shabazz Memorial Page deleted her post asking them to cease and desist some of their posts about the case. They are probably good people who are concerned about what happened to Young Malcolm, but at some point we must realize that his mother lost a son and we must respect her wishes and let her handle it her way.

What we can do to support is to keep her in our prayers and be there whenever she needs us. If you listen to our song “Ode to Zainab,” you can really connect also to Malcolm’s mother’s struggle.

M.O.I. JR: Are there going to be any performances associated with the mixtape locally?

Hashim: As of now no performances are in the making for this album, but some of the artists will be producing an album by Black History Month. The group is called the “Academy,” which is led by the “Dean,” who did the song “By Any Means Necessary Yaa Husayn.” This group will be touring college campus and high schools kickin’ that old school language of the people and dropping that knowledge which cures, heals and educates.

M.O.I. JR: How could people get more info on the Karbala Mixtape?

Hashim: Well, it’s a free download which they can get at http://www.reverbnation.com/karbalamixtape.