Too often people wrongly convicted are thought to simply be suffering from the prison sentence itself. Well, I am a father; my son had straight A pluses in 2005, when I was free. I was arrested on Dec. 15, 2005, by a corrupt DEA (Drug Enforcement Administration) agent who had given false and misleading testimony before a grand jury to have me indicted for drug conspiracy a day or two earlier. 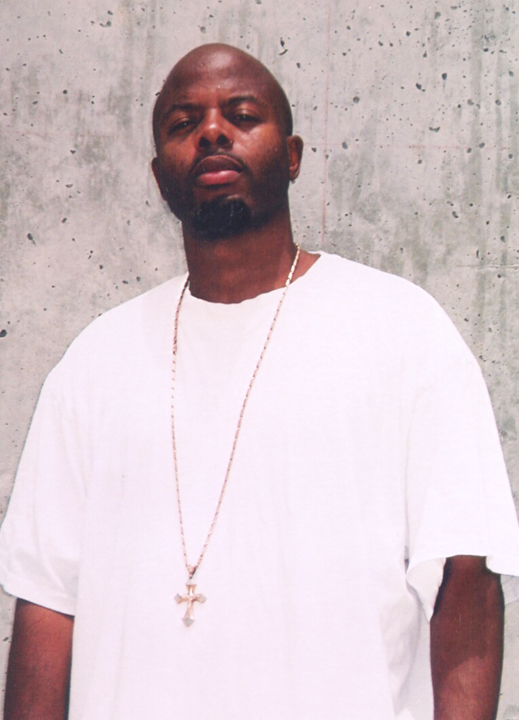 A woman had been caught with drugs at the Anchorage International Airport back in August of 2005. A friend of mine was also arrested that night at the airport. The woman testified that she transported drugs for him, from Seattle, Washington, to Anchorage, Alaska. The young lady testified that she did not know me. I was not arrested with any drugs. There were no audio or video recordings of me selling or possessing drugs, no marked or large amounts of money. In fact, there was government recorded evidence of me refusing to deal drugs.

The government had also inadvertently recorded a former federal prosecutor, Sue Ellen Tatter, who is now a supervising federal public defender, saying the DEA agent who arrested me, Mark J. Schmidt, was notorious for making up lies to frame criminal defendants. These recordings, which I still have access to, were never used at trial or at any court hearing.

The DEA agent also lied to obtain a search warrant: He swore that right before I was arrested, I had jumped out of the vehicle I was riding in, run across the street to another vehicle and, while my girlfriend circled the block, I allegedly made some sort of transaction. I then allegedly ran back across the street and jumped back into the vehicle before being arrested. In reality, the only time I exited the vehicle was when I was being arrested.

At the hearing I requested regarding these false statements, the DEA agent’s testimony contradicted his earlier statements. This time he testified that as I allegedly was making the transaction, my girlfriend drove up to the corner, “turned right around in her vehicle, and come right back going the other direction.”

This describes a “U-turn.” It completely contradicts testimony that my girlfriend circled “around the block.” A U-turn would also place both vehicles on the same side of the street, making it impossible for me to run “back across the street” as the agent testified at the Jan. 18, 2006, grand jury.

In short, I embarrassed the prosecution, but the refs would not make any fair calls. I filed motions and complaints on record alleging prosecutor misconduct and my attorney’s refusal to challenge it. I wrote hundreds of letters to organizations and news outlets, all to no avail. Around this time, my daughter, who has sickle cell anemia, was getting a ride to and from school in my car, when she and her 8-year-old brother were stopped and frisked. Not long after that, she had a health crisis and received her first blood transfusion.

My attorney would not gather available evidence to prove my innocence, so I had my girlfriend gather evidence. She was arrested, and sentenced to a year and a day. Her conviction was later overturned for insufficient evidence, but she had already done the time. She was afraid to help from there on out.

Before I lost my fiance, with whom I shared a child, she said: “You got 22 years. What do you want me to do, be celibate?!” Everyone handles the break-up of their family and the grief of losing someone differently. She handled it by becoming an alcoholic club-going partier. That did not help matters with my daughter, who suffered immeasurably.

My daughter with sickle cell starting cutting herself. My son, who once had straight As, dropped out and started using drugs and alcohol.

My son may have had it worse. He was in the house when one of his mom’s boyfriends fatally shot himself in the head. He had gotten close to his sister’s dad, who then died of an overdose. This is all since my wrongful conviction.

Since I have been incarcerated, my firstborn son died at 17. My little sister died at 35. My oldest sister died at 42. I had two uncles who died, a third had a stroke, and a fourth was blinded and confined to a wheelchair because of diabetes. This does not include property losses. I lost everything. I don’t even have a photo of my mother, who passed away in 2000.

My daughter with sickle cell had just turned 13 when she was frisked. Her mother kicked her out the house because I had a check sent to her and told her not to tell her mom. She told her mom, her mom took the money and told me, “That’s why I kicked your daughter out the house. I hope she has to f— and s— for a place to stay.” 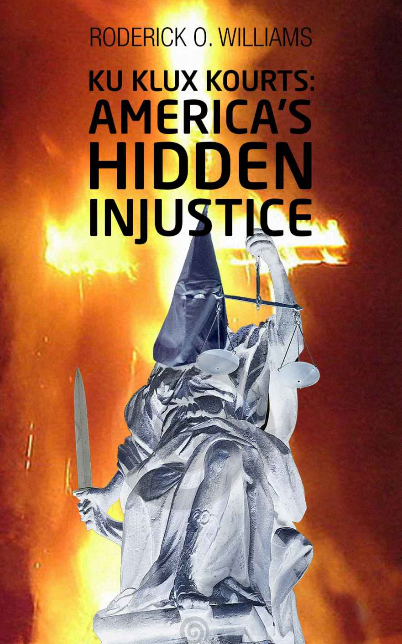 I was trying to help my child but also use some of the money to publish my book, “Ku Klux Kourts: America’s Hidden Injustice,” which is now an e-book, available at Amazon.com. I have a 22-year prison sentence, even though I have 100 percent proof federal prosecutor Crandon Randell made false statements to the judge, jury and the appeals court. When I tried to present the proof of flagrant government misconduct, the court would file it in the wrong file and appoint an attorney who would re-file my motions without the proof of the government’s misconduct or evidence of my innocence or would simply ignore and never investigate it.

My health deteriorated because of what I believe is severe Constant Traumatic Stress Disorder, or CTSD. I’m rapidly losing my eye-sight, and I was told my heart is severely damaged. The Bureau of Prisons’ Medical Department is a death trap. I’ve had many bad experiences with it.

Although I didn’t graduate from high school, I did score in the top 7 percent nationally in reading comprehension when I passed the GED test. This allowed me to comb through laws and transcripts and identify an embarrassing amount of prosecutorial misconduct and trial errors.

At my Oct. 12, 2006, sentencing, Judge Beistline said, “Your IQ may be the highest in this room.” He also added that I was a drug dealer who “blames the system, blames the prosecutor” etc., etc. I told him, “I was framed and there’s a coverup.” I added, “There’s no way possible that the courts did not notice this.”

Three years and a lot of hard work, faith and prayer later, something amazing happened. It was April 2009. I read in the New York Times, USA Today and The Washington Post that my prosecutors, Assistant U.S. Attorneys James Goeke and Joseph Bottini, were involved in the biggest prosecutorial misconduct scandal in the United States, the U.S. Sen. Ted Stevens case.

My prosecutors were eventually suspended for the exact same things I had complained about on record. The fallout led to two Senate subcommittee hearings, millions in wasted taxpayer dollars, a shake-up at the Department of Justice and the suicide of federal prosecutor Nicholas Marsh.

If my case had not been covered up and these prosecutors had been fired, disbarred or suspended, a federal prosecutor would be alive today. The L.A. Times quoted a friend of Mr. Marsh, D.C. attorney Josh Waxman, saying Mr. Marsh was “someone of great character, which is why these allegations were particularly hard on him.” On Sept. 26, 2010, two days before Sen. Stevens was buried after dying in a plane crash in August 2010, Mr. Marsh, 37, hanged himself.

I was flown to Alaska, down to Washington State, back to Alaska, then back down to California for an evidentiary hearing that never took place. For my Section 2255 habeas corpus, the court appointed attorney Mike Moberly. Mr. Meberley had just prosecuted me in a state case that I was challenging in my habeas corpus petition.

I filed a motion with 100 percent proof of such flagrant government misconduct that the law required that my conviction be thrown out. He re-filed it with none of the supporting evidence, sworn affidavits and available proof of government misconduct. These types of games went on for years with more than one court-appointed attorney.

I have a 22-year prison sentence, even though I have 100 percent proof federal prosecutor Crandon Randell made false statements to the judge, jury and the appeals court.

I had videos of me playing on the swings and slides with my children like a big kid. I used to change diapers, wake up late at night and early in the mornings to feed my children when they were young. I made learning fun, and my kids were always far ahead of their peers academically and intellectually. Now they are behind.

I have over a dozen newspaper clippings from the highest circulated newspapers in the USA describing my prosecutors as “rogue.” I have 100 percent documented proof the prosecution withheld evidence of my innocence and repeatedly committed misconduct and crimes to wrongly convict me. I have 100 percent proof the judge, the prosecutor and my own court-appointed attorney made false statements that helped facilitate the cover up. All this, to prevent having to admit that I told them so.