I do not accept the common usage of the term “crime.” Why? Crime is not solely the violation of legal codes. It encompasses behavior that violates human rights. But beyond the legal understandings, crime shatters relationships, both social – including political and economic – and interpersonal.

Substance abuse and prostitution, activities defined as against the law, certainly impact the lives and the rights of others but could be addressed more effectively outside the criminal justice system. Crime is a relative matter that changes with the disposition of legislative bodies.

Homicide is typically considered a crime unless the perpetrator acted in self-defense, by reason of insanity, or “in the line of duty” as a member of a police force, a legal execution team or a military body. Indeed, soldiers might be criminally liable for refusing to kill on order – or for refusing to register with selective service.

In short, everything from killing (or refusing to kill) to speaking (or refusing to speak) is or is not a crime, depending on the widest range of circumstances. So divorced is civil law from moral reflection that we barely blink when presidents somberly intone that we have to stop violence in America, while as a nation “we” spend thousands of dollars a minute building bombs.

In American colonial times, crime was tied up with definitions of sins. Today, the fact that crime is thought to be strictly a legal concept obscures the extent to which our criminal law continues to be rooted in moralistic biases about unacceptable individual behavior rather than in consistent concern about how some violate others.

It is considered criminal behavior to lie under oath, but otherwise lying is lawful for everyone from presidents to common folk.

Behind every legal judgment of criminality is a more powerful social judgment. The government must pass a law to declare a particular act a crime. In many ways, the law creates the crime that it punishes. In other words, society prepares the crime. The “criminal” just commits it. For example, in many feudal societies, hunting game on the landowner’s property was considered a legitimate way to put food on the table, until the lawmakers decided it was “poaching.”

All crimes are acts that society, or at least some dominant elements in society, see as a threat. In the aftermath of Hurricane Katrina in 2005, a majority of the people who, in their effort to survive, took food off the shelves of decimated grocery stores were people of color; they were routinely called “looters” and charged with crimes. Anglo-Europeans engaging in the same acts were called “resourceful.” The criminalization of poverty was played out before our eyes on the evening news.

This is not to imply that certain acts, especially acts of violence, do not cause real harm and do not need to be stopped. Though the law often represents the interests of the dominant class, there are common shared interests for safety and well-being that must be honored and respected.

Clearly, in order for any society to function, acts such as murder, rape, kidnapping and armed robbery along with corporate and government crime must be proscribed and held to a minimum. My concern, however, is within the slippery slope we can find ourselves on as soon as we accept existing conventional understandings of crime as having sacrosanct status.

In picking out whom to punish, “our” criminal justice system deals most harshly with those already victimized by basic social, economic and political injustices. While behavior that could be considered criminal permeates all levels of our society, wealthy and middle-class people who engage in criminal activity tend to receive little or no penalty, while people of color, the poor and other exploited people engaged in similar activities are given harsh sentences.

Youth from poor communities are routinely charged with crime and go to prison, while youth from middle-class communities are given a warning and sent back to school or to a psychologist. The penal system too easily becomes the repressive arm of the state that reinforces the oppression of the exploited.

Instead of correcting the problems it is intended to relieve, the justice system itself in many ways has become a monstrous crime against humanity. Each of us inevitably brings our own assumptions and prejudices to the decisions we make each day. Still law enactment officers, prosecutors, judges and juries have broad-ranging discretion that has a permanent impact on the future of others.

Selective enforcement allows those in power to use “criminality” as a label to condemn those on the margins of society who they wish to control. The label of “criminal” is a permanent one today in the United States. A conviction, no matter how old, may successfully keep a person from ever obtaining viable employment, decent housing, or certain constitutional rights such as voting.

Criminalization has become a tool of social control. It is more “politically correct” than outright expressions of racism/white supremacy or classism, but it accomplishes the same purpose. It is possible only when people are convinced that criminal behavior is solely a result of individual weakness or inherent badness rather than the direct outgrowth of social inequality, poverty, racism/white supremacy, deteriorating education and decaying communities.

Instead of correcting the problems it is intended to relieve, the justice system itself in many ways has become a monstrous crime against humanity.

It is easy to track the growth over the past 40 years of the myth of the “criminal type” and the ways in which those in power have manipulated the inherent racism/white supremacy and classism in “our” society to cast poor people and people of color as “criminally inclined.”

I reject the concept of criminality that supports the myth of a criminal type, a concept that grows in part out of ignorance and fears rooted in biases and prejudices. This concept of criminality represents a gross distortion of the nature of those caught up in the criminal justice system and provides a simplistic explanation of highly complex social problems. It tends to project distinctive images of good people as opposed to bad people, and victims as opposed to villains. These misunderstandings result in the perpetuation of the criminal stereotype, although behavior defined as crime occurs at all levels of society.

Too often the social policies of America benefit the rich at the expense of the poor. Law protects power and property; it safeguards wealth; and, by the same token, it perpetuates the subordinate status of the people on the bottom.

This is particularly the case with the penal system. This system has penetrated all aspects of the lives of the poor. While wealth and material success are valued by this culture, the poor are feared.

The penal system has penetrated all aspects of the lives of the poor. While wealth and material success are valued by this culture, the poor are feared.

It is not hard to see, therefore, why most Americans have shown little concern for the increasing numbers of poor citizens in U.S prisons. As a nation, the United States has encouraged this oppression. Those who dissent have been neutralized. Neutrality enabled the status quo of oppression – and therefore violence – to continue. It is a way of giving tacit support to the oppressor.

Asar Imhotep Amen aka Troy Thomas is a naturopath physician, cultural historian, writer, keraetologist, spiritual life counselor, lecturer and Keraetic priest. Asar specializes in ethnomedicine and African psychology, which is the usage of disease remedies and diagnosis based upon the biochemistry of a race. Asar is the founder and director of Creative Growth and Development Associates, a culturally oriented consulting organization dedicated to the dissemination of ancient African (Kemetic) history and metaphysics. Dr. Amen is a graduate of the California Institute for Integral Studies, where he earned M.A. and N.M.D. degrees in Interdisciplinary Studies and Naturopathic Medicine. Send our brother some love and light: Troy T. Thomas, H-01001, A2-209U, P.O. Box 4430, Lancaster CA 93539. 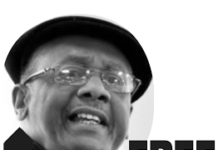 Rev. Pinkney: I believe Berrien County officials have put a hit on me, inside the prison system