Elsie “Cookie” Suttle was born on Jan. 3, 1925, in Weatherford, Oklahoma, the last of four sisters. She was a beautician for over 30 years. For over 60 years, she was a devout member of First AME Zion Church in San Francisco and more recently a member of Kyles Temple AME Zion Church in Vallejo. Her beautiful white hair was her trademark. 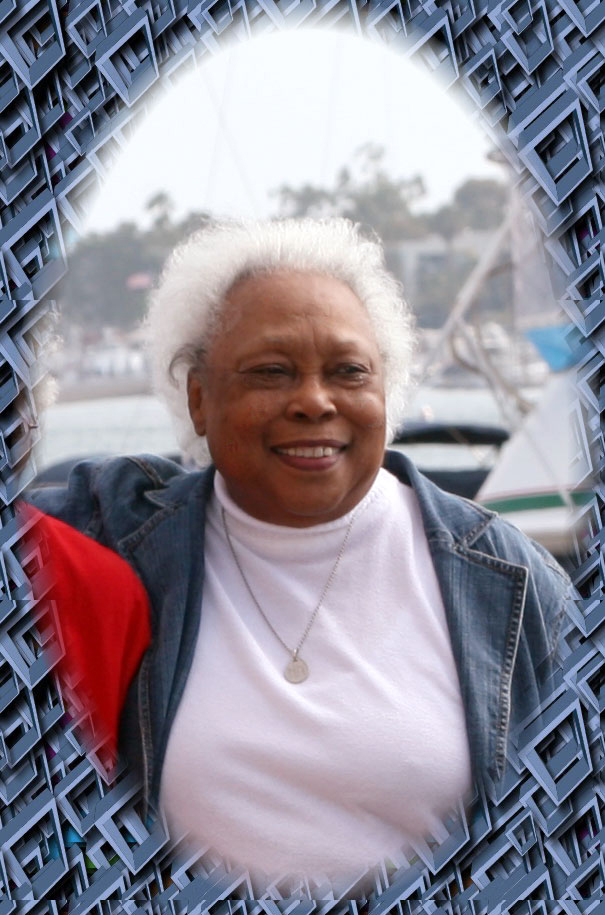 Cookie especially loved her some San Francisco 49ers! She attended all their football games, from Kezar Stadium to the ‘Stick! She was a season ticket holder and was blessed to attend Super Bowl XXIII against the Cincinnati Bengals, which WE won!

She loved motorcycles and earlier this year Cookie was accepted into my brother’s motorcycle club, The Buffalo Soldiers (North Bay Chapter) as an associate member and was given a new nickname: Chocolate Chip!

In the ‘60s Momma had everybody in the family over for Thanksgiving dinner and to this day this family tradition still lives on. Our whole family gets together EVERY Thanksgiving, some traveling hundreds of miles, to fellowship and eat, eat and eat. It’s always a wonderful family gathering and it’s always a feast at our family’s Thanksgiving dinners, thanks to Momma.

In the late ‘70s to mid ‘80s, Cookie was socially, civically and politically active in the Bayview district. She was one of the founders of the Bayview Democratic Club, which held meetings weekly, endorsed, recommended and volunteered for candidates, held voter registrations, started the get-out-the-vote drives etc.

The highlight of her political career was her journey to the Ivory Coast of Africa as a member of then-Mayor Diane Feinstein’s entourage to establish a sister city in Abidjan, where she was privileged to visit the King of Abidjan’s castle.

She attended President Jimmy Carter’s inaugural ball in Washington, D.C., along with San Francisco Supervisor Doris Ward. She also was president of the Senior Advisory Committee of the City’s Commission for the Aging. More recently, she volunteered numerous hours on President Obama’s successful campaign and was absolutely engrossed in him.

In the late ‘80s, the apartment building Cookie owned – and lived in – on Third Street at Hollister burned down and she had to relocate to Vallejo to live with her son Darryl and his wife Laverne, who opened their new home to her. They lovingly and affectionately cared for her during her later years especially during her numerous health failures.

Cookie was the matriarch of our entire family, and it goes without speaking that she will truly be missed by everyone who knew and loved her.

One other note: Years ago my sister-in-law’s (Laverne’s) family met and quickly fell in love with Cookie – and believe me, Laverne’s family is BIG – and Momma attended several of their family reunions in Arkansas.

Cookie was the matriarch of our entire family, and it goes without speaking that she will truly be missed by everyone who knew and loved her. She is survived by her son Darryl Poindexter (Laverne), her daughter Adrian McKinney, her stepson Joseph Suttle (Laurie), seven cherished grandchildren, seven cherished great-grandchildren, a host of nieces and nephews and many, many friends, loved ones and other relatives, and two – yes two – loving church families.

Adrian McKinney, a retired legal secretary who has expertly transcribed prisoners’ letters, audio interviews and more for the Bay View for over 13 years, can be reached at adrian_mckinney@yahoo.com.

The battle for Bayview’s public schools 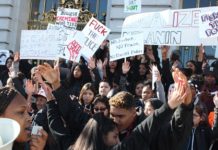