“For [Samantha] Power, the United States is the solution, not the problem.” – Ed Herman, “The Cruise Missile Left: Samantha Power and the Genocide Gambits”

Samantha Power, U.S. Ambassador to the U.N., has announced that the U.S. will spend $100 million to support the French intervention in the Central African Republic.

KPFA Evening News Anchor Anthony Fest: Samantha Power, U.S. ambassador to the United Nations, spoke yesterday in Bangui, the capital of the war torn Central African Republic, on the border of the northern Democratic Republic of the Congo this week. Power invoked conflict in Rwanda, the Balkans and Syria as she announced that the U.S. will spend $100 million to support the French military intervention now underway in the Central African Republic, where 1,000 people were killed on one day, Dec. 6, in the country’s capital city. The total number of civilian casualties is unknown; hundreds of thousands of people are reported to be internally displaced and 20,000 more have crossed the country’s borders and become refugees. 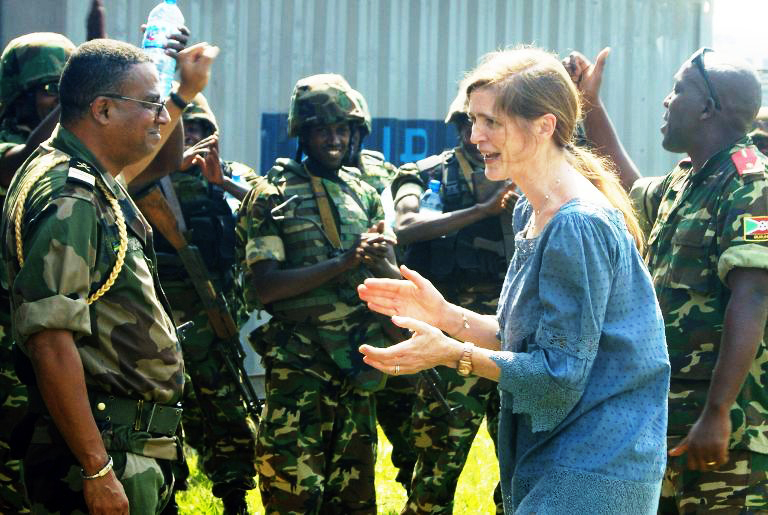 The French and the U.S. appear to be working together in Central African Republic. There are now 1,600 French soldiers on the ground in the CAR, but other European nations have declined to support the effort. The U.S. is providing Pentagon resources, including cargo carriers to transport U.S.-trained African troops from Burundi, Rwanda and the Democratic Republic of the Congo to the Central African Republic. U.S. Special Forces have been on the ground with Ugandan troops since 2011, reportedly to hunt East African warlord Joseph Kony.

KPFA’s Ann Garrison is live in our studio with this report on the situation in the Central African Republic.

KPFA/Ann Garrison: Anadolu News Agency reporter Hassam Isilow had been on the ground in the Central African Republic for several weeks when U.S. U.N. Ambassador Samantha Power arrived in the capital Bangui and made this statement:

KPFA/Ann Garrison: Many writers, including “Manufacturing Consent” co-authors Noam Chomsky and Ed Herman, have criticized Samantha Power’s perception of American exceptionalism and responsibility to prevent genocide and mass atrocities and her rendition of the U.S. role in both Rwanda and the Balkans. 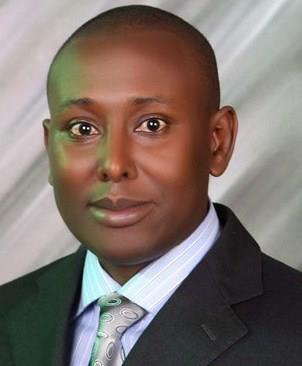 Whether Power is accurate in her perception or honest about U.S. motivation for supporting the French intervention, the CAR is already engulfed in violence that could become worse, as Hassan Isilow described:

Hassan Isilow: I’m in Bangui, which is the capital city of the Central African Republic. There’s a lot of chaos in the capital city. In the past two, three days we’ve seen a lot of sectarian violence where people from the Christian anti-Balaka movement attacked the Muslim area and killed about 29 people. The violence has been on both sides.

There’s a group known as the ex-Seleka fighters. The ex-Seleka fighters belong to the current president, President Michel Djotodia, and they actually brought him into power, and some people claim that they come from Chad and other neighboring countries. When they came to power, this is the first time they’ve had a Muslim president in the history of independence of 53 years.

And many people here didn’t have a problem at first when Michel Djotodia took over power. But it’s believed that the French and other politicians started inciting the public, telling them the Muslims are taking their country, and of course they saw people looking very different from them, people with Sudanese faces, people with Chadian faces.

KPFA/Ann Garrison: That was Anadolu News Agency reporter Hassan Isilow speaking from the capital of the Central African Republic. Today he reported that Muslim leaders of the former Seleka rebel group who are now in power had “given French troops a one-week ultimatum to end what they described as French support to self-styled Christian militias” before they rebel against the French and divide CAR into a Muslim north and Christian south. 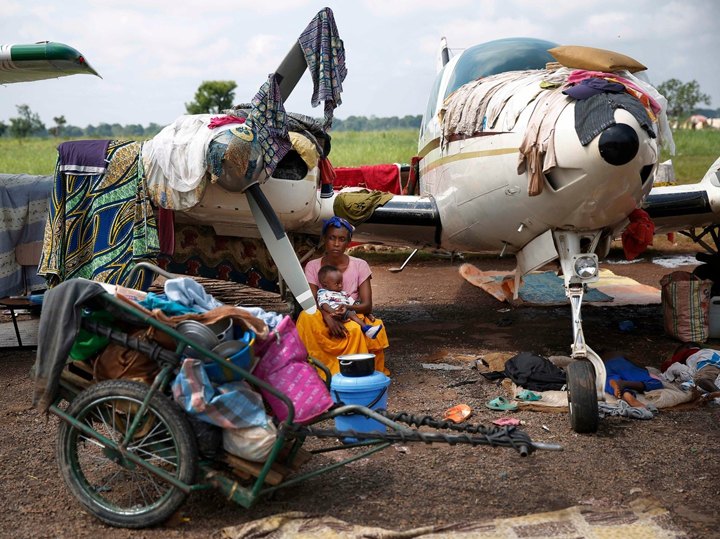 Isilow also reported what he called “a more hopeful story about the country’s top Christian and Muslim religious leaders joining hands to try to prevent their country from sliding further into the abyss of sectarian violence.” The archbishop told Isilow that Muslims and Christians have lived together in harmony for many years. Another Catholic leader, Father Innocent Awulu in a suburb of Bangui, also said that Christians and Muslims had been living in peace and said that he believes the conflict is fundamentally political rather than religious.

The Central African Republic is rich in oil and diamonds, and uranium resources at its Bakouma mine are the most dense in Sub Saharan Africa. France holds the right to exploit the Bakouma mine, but the mine’s administrative compound was attacked by an armed group in June 2012. Most of the citizens of the CAR are subsistence farmers and many thousands are also artisenal diamond miners.

The U.S. State Department reports that a message from President Obama has been broadcast over radio stations in the Central African Republic, and that they have put the Djotodia government established by the Seleka rebels on notice. The State Department also said that no members of the current transitional government would be allowed to run in the next election.