“The chief function of the disciplinary power is to ‘train’… It ‘trains’ the moving, confused, useless multitudes of bodies and forces them into a multiplicity of individual elements – small, separate cells … combinatory segments.

“Discipline ‘makes’ individuals; it is the specific technique of a power that regards individuals both as objects and as instruments of its exercise … The exercise of discipline presupposes a mechanism that coerces by means of observation: an apparatus in which the techniques that make it possible to see [the] induce[d] effects of power, and in which, conversely, the means of coercion make those on whom they are applied clearly visible.” – Michel Foucault: “Discipline and Punish: The Birth of the Prison”* (1977)

Our need to have this discussion comes on the heels of a number of people who were taken before the Departmental Review Board (DRB) here at California State Prison-Corcoran SHU (Security Housing Unit) on Nov. 12, 13 and 14, 2013, pursuant to the new SDP (Step Down Program) pilot program.

Comrade Zaharibu Dorrough also attended the DRB on Nov. 13, 2013, and was placed in Step 2 of the SDP with an understanding that, if accepted and completed, Zah would be transferred to Tehachapi SHU and placed in Step 3, where, according to Section 3334 (k) (Page 153), contact visits are allowed.

Contradictory positions are being taken by administration officials as to whether or not participating in the self-directed journals portion of the CDCR’s cognitive restructuring program (brainwashing), as described in Section 700.2 of the pilot program, is mandatory. [SFBayView.com, at http://sfbayview.com/wp-content/uploads/2012/12/CDCR%E2%80%99s-Oct.-11-2012-Security-Threat-Group-Pilot-Program.pdf, is the only place online where the SDP can be found.]

But since implicit in making it a requirement that people participate in those programs available in each step and that any failure to do so will result in a person being moved back to Step 1 until that person agrees to subordinate him/herself to the dictates of Section 700.2, the cognitive restructuring/brainwashing program is, clearly, mandatory. 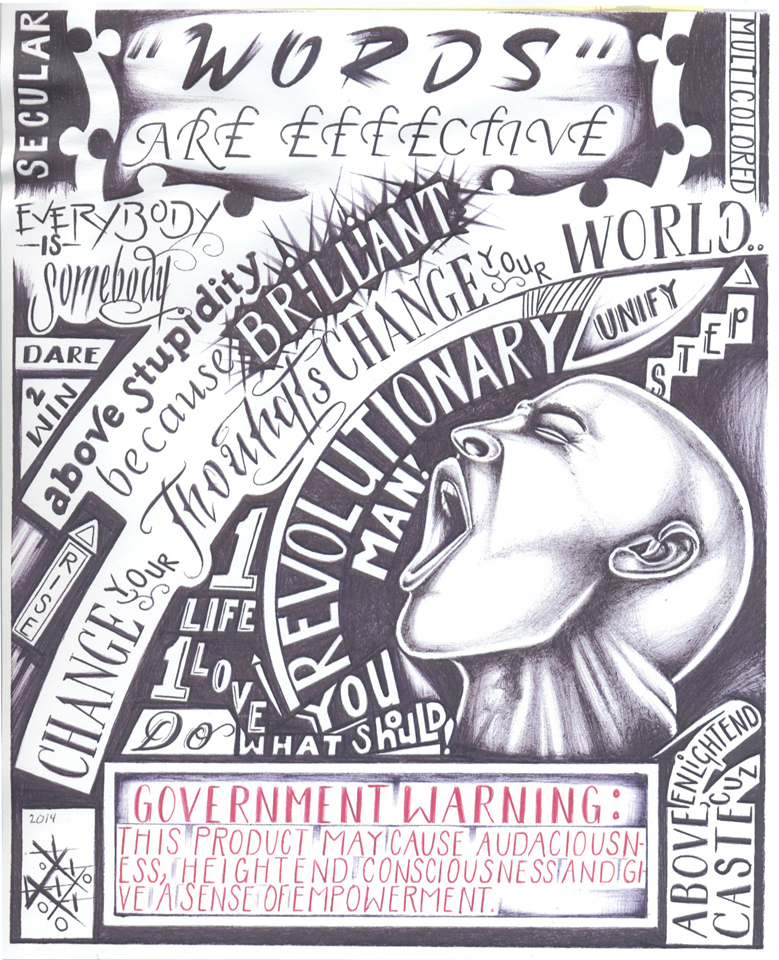 It has also been established that a facility has been opened at Pelican Bay in Del Norte County for those prisoners who have medical and mental health problems.

If prisoners choose not to participate in the Step Down Program or any aspect of it, retaliation follows, ranging from a person being put back in Step 1 to a person being transferred to Pelican Bay.

There is absolutely nothing at all that distinguishes the DRB and STG (Security Threat Group) Committee from any other committee. And while the new policies will result in some prisoners being released to general population, these new policies do not represent a pathway to general population or even a less restrictive housing environment, as the CDCR is quick to claim for certain prisoners.

Specifically though, it is the CDCR’s attempt to brainwash us all through their behavior modification program. And that is exactly what the cognitive restructuring program is.

We have had the opportunity to see and read the self-directed journals. They are insidious.

It is our assessment that politically mature and ideologically advanced men and women could be subjected to such brainwashing techniques and suffer no deleterious effects, save the insult towards one’s dignity that the state would dare attempt to use such transparent and futile techniques against us.

However, that is not the case for younger and/or less developed prisoners. Many of these young men and women may view the themes of some of these journals and have no experiential basis from which to even understand their meaning, let alone the processes attendant to them, thus leaving them all vulnerable to these brainwashing techniques.

It is the CDCR’s attempt to brainwash us all through their behavior modification program. And that is exactly what the cognitive restructuring program is.

In order to successfully complete this aspect of the Step Down Program, you must be willing to accept and believe all of the absolute worst things that the state has said about us all and continues to say – and invalidate yourself completely.

Prison is not conducive to the maturation process, and the less developed we are, the easier it is, even in the face of resistance, for us to be turned into whatever the state wants us to be. That is why study is so very important.

Taking certain people before the DRB and placing them in certain steps is an effort by the CDCR to try and exploit the perception of influence of principled people and to try and legitimize the Step Down Program itself and the brainwashing components thereof.

It is the CDCR’s hope that they will be able to use as leverage the decades of sensory deprivation confinement of many of us. The prospect of our having access to our families and loved ones will persuade us to comply, and they will use what they perceive as our influence to herd untold numbers of underdeveloped and impressionable men and women into a process we know full well will result in them being transformed into broken people, a submissive and subservient population of prisoners who will make the misappropriation of tax dollars a more orderly enterprise.

There is no set of circumstances in which any principled person would agree to aid the state in carrying out such an insidious, vile and patently evil process.

The Step Down Program and Cognitive Restructuring Program that the CDCR is attempting to implement seems to have been first introduced in the New Mexico Penitentiary after the riot there in 1980. In a book titled “The Hate Factory” by G. Hirliman, there is a discussion about the efforts to implement the Cognitive Restructuring Program as part of a “behaviorally based step program,” as well as efforts to defeat it – by prisoners, their families and prison reform advocates, as well as a lawsuit filed by the ACLU to stop its use. From Hirliman’s book (Pages viii-ix; see Google Books for a digital version of these pages):

“The genius who shaped the Cognitive Restructuring program for prisons is Dr. Stanton Samenow. He believes that people are born criminals. It’s not the environment or anything else that makes a criminal: it’s in his genes, he’s predisposed. Therefore, there’s only one cure: reprogramming. … Doctor Samenow began applying this process to the treatment of criminals during a study he conducted with criminally insane inmates at St. Elizabeth’s Hospital in Washington, D.C. …

“He did not prove the rehabilitative success of Cognitive Restructuring during his six-year study at St. Elizabeth’s, however.”

There is no set of circumstances in which any principled person would agree to aid the state in carrying out such an insidious, vile and patently evil process.

In spite of this, and it should come as no surprise, Dr. Samenow is popular within law enforcement, corrections and the political establishment. The American Community Corrections Institute or ACCI, for instance, uses cognitive restructuring.

There is no marked difference between asking us to endorse – via our participation – a state-sponsored brainwashing program like this and asking us to convince the women in Valley State, CIW and CCWF prisons to submit to sterilization!

That we are having a conversation about behavior modification, forced female sterilization and human experimentation in the modern California Department of Corrections should arouse this entire nation to arms against such structural fascism in its midst.

Despite the historic and heroic efforts of numerous activists and principled journalists across this state, nation and globe in raising public awareness of U.S. domestic torture units in supermax prisons across America, this particular issue, the active pursuit of brainwashing prisoners against their will, and now the revelation that hundreds of women were sterilized by the state – on American soil or anywhere else on this planet for that matter – has simply not garnered the degree of public discourse that it warrants.

Consider for a moment: The Center for Investigative Reporting (CIR) and Justice Now found that the CDCR conducted 116 illegal sterilizations for purposes of “birth control” during caesarian section without the consent of their victims, though this is prohibited under federal, state and common law. This was not only common practice in CDCR facilities for women but, like mass incarceration itself, medical staff disproportionately targeted New Afrikan (Black) and Latino women.

That we are having a conversation about behavior modification, forced female sterilization and human experimentation in the modern California Department of Corrections should arouse this entire nation to arms against such structural fascism in its midst.

With this in mind, this same agency seeks to instruct and alter the values, moral compasses and thought processes of prisoners via thematic journals with themes such as “Social values,” “Thinking errors” and “Values” – the latter which proposes to “guide inmates through an evaluation of the criminal values that have influenced their lives and help them weigh the consequences of living a life based on criminal values versus responsible values”!

The sheer mengalesque authoritarian hypocrisy of this department is breathtakingly horrifying.

The CDCR is presiding over the largest domestic torture program in the U.S. engaged in forced sterilization and advocating the mandatory brainwashing of scores of SHU prisoners – and they want to instruct us in “social values,” “thinking errors” and what is and is not “criminal”? Seriously?!

Where is the Legislature, the Congress, Department of Justice while this resurgence of Nazi-era pseudo-science is being codified into CDCR policy with taxpayer funding? Where is the Sacramento Bee, CBS, Oakland Tribune, NBC, LA Times, ABC, San Diego Union Tribune, Fox News or the Associated Press while horrors prohibited by the Nuremberg Code are given new life in contemporary penal best practices?

Has this society truly decayed so thoroughly that our culture, our communities – all of us: free and bond, rich and poor, all cultures and religions – will tolerate public officials engaging in such repugnant assaults on the very fabric of humanity without the most vocal and vigorous organized outrage?!

What must be understood is that these are not assaults on prisoners but on the very nature of human civilization. We ask you all, have we truly sunk so low into the quagmire of individualistic pursuits and sidewalk escapism indicative of the capitalist arrangement that we cannot even be roused to mass resistance against state-sponsored torture, sterilization and brainwashing? The NCTT, indeed all of us simply refuse to believe this. The past two and a half years in particular give credence to the dynamic influence of people power and its transformative potential.

If the CDCR were genuinely sincere that the SDP is a legitimate path out of the torture unit for prisoners – as opposed to another venue to break men’s and women’s minds, Section 700.2 of the STG Pilot Program would be discretionary, not mandatory. Under such circumstances, perhaps, prisoners confined to these torture units might be amenable to at least giving the program a try. Unfortunately, that’s simply not their position. And that is the best proof of the program’s actual intent.

We should all consider that while to some, including some of us in prison, these may simply be compelling words on paper, in truth this really is about human lives and minds – some of who will, consciously or unconsciously, spread these techniques to those communities that they will go back to.

This alone should move us all to action.

Long live the spirit of the beloved Herman Wallace – love and with you always.

Send our brothers of the NCTT-Cor-SHU some love and light:

*Google Books description of Michel Foucault’s “Discipline and Punish: The Birth of the Prison”: “In this brilliant work, the most influential philosopher since Sartre suggests that such vaunted reforms as the abolition of torture and the emergence of the modern penitentiary have merely shifted the focus of punishment from the prisoner’s body to his soul.”