The following information is drawn from letters received from prisoners in Administrative Detention at Menard Correctional Center in Menard, Illinois, and compiled on Jan. 25 by Attorney Alice Lynd. 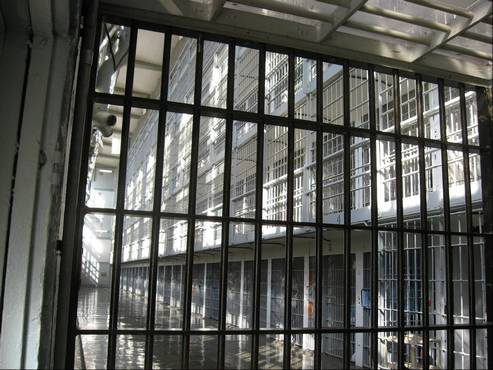 “I, along with approximately 20 other captives, filed our individual grievances and declared a hunger strike this 15th day of January 2014. The number may be higher,” writes one of the hunger strikers. Each of these statements comes from one of the nine letters received by Attorney Lynd since her first update on Jan. 21.

“There are only about 25 to 28 inmates on the high security unit and most of us are on hunger strike. The rest are too fearful to do it because we’ve been told they’ll never let us out of Administrative Detention if we complain too much.”

“We are all staying on hunger strike until something is done about our conditions.”

Staff response on Jan. 15, when the hunger strike began

“Upon us declaring a hunger strike, the staff members came to us and told us they were going to strip us off of our clothes and all of our property, to which we responded and told them they are only supposed to take our food and toothpaste. We were told that they ‘do what they want to do with us.’

“Prison staff came on location like storm troopers at approximately 10 a.m. Their tactic was intimidation. Their first order was to cuff up, stating that they were taking all of our property out the cell – including legal documents. So there was a standoff, because they are only allowed to remove food items during hunger strikes.”

“We are all staying on hunger strike until something is done about our conditions.”

The beating of Armando Velasquez

“During the standoff, two prisoners cuffed up and were escorted to see the med. tech. while officers stripped their cells out – TVs, everything. One of the two prisoners who came out [of] their cells [was] Armando Velasquez.” 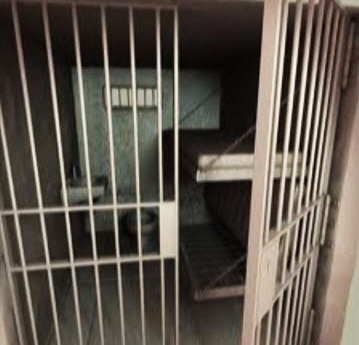 “He complied, came out of his cell, was taken to a blind spot where there are no cameras and beaten up.”

“Velasquez related to us and the lieutenant on the wing that while escorting him back up the stairs … officers slammed him down on the stairs and began kicking him. I and several others witnessed Velasquez upon coming upon the wing be slammed face first into the plexiglass – should be on camera.”

“Upon bringing him back to his cell, they slammed him face first into the door and yanked his arms up behind his head. … Then they threw him in his cell, stripped out of all property and removed the cuffs. Everyone on the wing began hollering and banging because … Armando was in desperate need of medical attention.” “There are cameras on the wing that seen what happened on the way back to his cell.”

“When one of the inmates was being returned, I could hear him screaming just off our wing next to the stairs. I then watched [officers] dragging an inmate, Armando Velasquez, back to his cell. His hands were cuffed behind his back and he was thrown into his cell face first. The officers then stated, ‘Who’s next?’”

“We could hear him screaming to stop hitting him. Before putting this inmate back in the cell, he was again assaulted and thrown in the cell. The staff members were laughing and said to us out loud, ‘Who’s next?’ We all then refused to come out of our cells in fear of being assaulted.”

“The staff members were laughing and said to us out loud, ‘Who’s next?’”

“I then told them there was no reason to do that to us. One of the staff members then said to me, ‘This is what happens to people that go on hunger strikes.’ ‘Are you ready to end your hunger strike now?’ I told him no and to do what they’re going to do. We all then refused to come out again.”

“Finally a major came back up and told me … they’re only supposed to shake us down to make sure there is no food in our cells. I explained what just happened to Armando, and he acted surprised. He called medical staff to come give Armando medical care and promised … that the staff who did it would be dealt with.”

“A lieutenant officer then came up here to see what was going on and we told him his staff had assaulted one of us. He then walked to this inmate’s cell and saw that he was injured and had staff take him out of his cell and said they were taking him to health care. This was in the morning and it is now 10:00 p.m. and he has not come back.”

“After placing Velasquez back into the cage he informed the lieutenant and sergeant that he was assaulted and that his shoulder or arm was out of socket.”

“After moving Velasquez to health care … a lieutenant assumed control and explained to us that only our food items would be removed from our cells. We stood down and were escorted to see the med. tech. per protocol.”

“They put all movement on hold and then came back and gave all their property back to the guys who they took from who were on hunger strike.”

“We all now fear for him because Menard is known for beating inmates up and taking them to the health care unit and beating them up some more due to this unit having blind spots.”

“There are no cameras in the Health Care unit. … I was assaulted there myself.”

“The staff and nurses are telling us that once we are in the hospital they will make our lives miserable and maybe someone will die. The nurses threaten our lives every time they come by our cells.”

“They are already threatening to force feed us and not be kind when they do it.”

“The nurses that are supposed to check on us while on hunger strike are telling us, ‘You guys could die on this and it won’t help you.’”

“We are being told we will be force fed and that they don’t need or care about any court orders.” “They will have boxes ready for us for when we die.”

“They are already threatening to force feed us and not be kind when they do it.”

“One nurse told one inmate, and excuse my language but these are her own words, ‘I can’t wait till you come to health care messed up; and when you shit on yourself, I’m going to let it dry and then when I have to clean it off you I’ll scrub the skin off your balls.’ She then told me and others that since we are making them work with this hunger strike, they have boxes waiting for us in health care.”

“One nurse told one inmate, and excuse my language but these are her own words, ‘I can’t wait till you come to health care messed up; and when you shit on yourself, I’m going to let it dry and then when I have to clean it off you I’ll scrub the skin off your balls.’ She then told me and others that since we are making them work with this hunger strike, they have boxes waiting for us in health care.”

“I am now going on my sixth day on hunger strike in Menard C.C. and wanted to let you know that me along with at least 15 inmates in the high security unit are planning on going as long as we can or until our issues are fixed.”

“Regardless of what they say, we will not let them break us. We will go all the way. They also mentioned that this hunger strike was in the media. I believe this is stopping them from beating all of us up. I thank you and I am grateful for your support.”

“Please call and inquire specifically about the welfare of Armando Velasquez, M20649.”

“Please call out here to inquire about his wellbeing.”

“Please let it be known what happened today. Maybe your phone calls prevented more serious injuries or even saved lives. If we have any supporters, please urge them to contact us and stand with us.”

“Please call and inquire specifically about the welfare of Armando Velasquez, M20649.”

“I would like you to call this institution and speak directly to the warden on this inmate’s behalf as well as the rest of the inmates in Administrative Detention.”

“Please call out here to inquire about his wellbeing.”

“I would really appreciate it if you can call down here when you receive this letter to see if he’s alright and also put the word out about what occurred today. We will continue to stay on hunger strike and we are very, very thankful for your support.”