Japan’s harsh dictatorial censorship has been matched by a global corporate media blackout aimed – successfully – at keeping Fukushima out of the public eye.

But that doesn’t keep the actual radiation out of our ecosystem, our markets … or our bodies. Speculation on the ultimate impact ranges from the utterly harmless to the intensely apocalyptic. 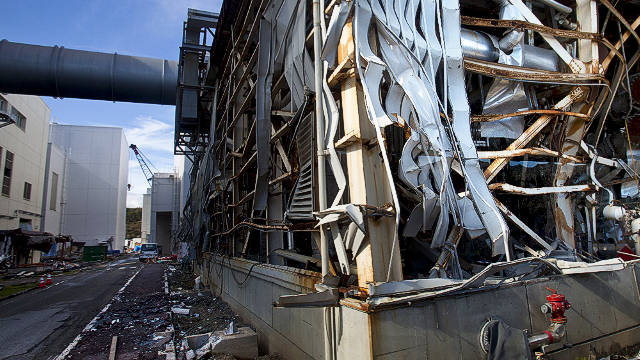 But the basic reality is simple: For seven decades, government bomb factories and privately-owned reactors have spewed massive quantities of unmonitored radiation into the biosphere.

The impacts of these emissions on human and ecological health are unknown primarily because the nuclear industry has resolutely refused to study them.

Indeed, the official presumption has always been that showing proof of damage from nuclear bomb tests and commercial reactors falls to the victims, not the perpetrators. And that, in any case, the industry will be held virtually harmless.

This “see no evil, pay no damages” mindset dates from the bombing of Hiroshima to Fukushima to the disaster coming next … which could be happening as you read this.

Here are 50 preliminary reasons why this radioactive legacy demands we prepare for the worst for our oceans, our planet, our economy … ourselves.

As Fukushima deteriorates behind an iron curtain of secrecy and deceit, we desperately need to know what it’s doing to us and our planet. It’s tempting to say the truth lies somewhere between the industry’s lies and the rising fear of a tangible apocalypse.

In fact, the answers lie beyond.

Defined by seven decades of deceit, denial and a see-no-evil dearth of meaningful scientific study, the glib corporate assurances that this latest reactor disaster won’t hurt us fade to absurdity.

“Now when we go back to using nuclear power,” Hyman Rickover said in 1982, “I think the human race is going to wreck itself, and it is important that we get control of this horrible force and try to eliminate it.”

Fukushima pours massive, unmeasured quantities of lethal radiation into our fragile ecosphere every day and will do so for decades to come.

Five power reactors have now exploded on this planet and there are more than 400 others still operating.

Pre-wrapped in denial, protected by corporate privilege, they are the ultimate engines of global terror.

Harvey Wasserman edits www.nukefree.org, where petitions calling for the repeal of Japan’s State Secrets Act and a global takeover at Fukushima are linked. He is author of “SOLARTOPIA! Our Green-Powered Earth” and can be reached at http://www.nukefree.org/contact. This story first appeared at EcoWatch; visit EcoWatch’s Fukushima page for more related news on this topic.