This is a glimpse into torture by prison staff, using any means available, of which solitary confinement at Pelican Bay State Prison in California is only a reflection of the inhumane treatment and clear U.S. constitutional violations of our First, Fifth, Eighth and 14th Amendment rights that prisoners in solitary everywhere are subjected to. 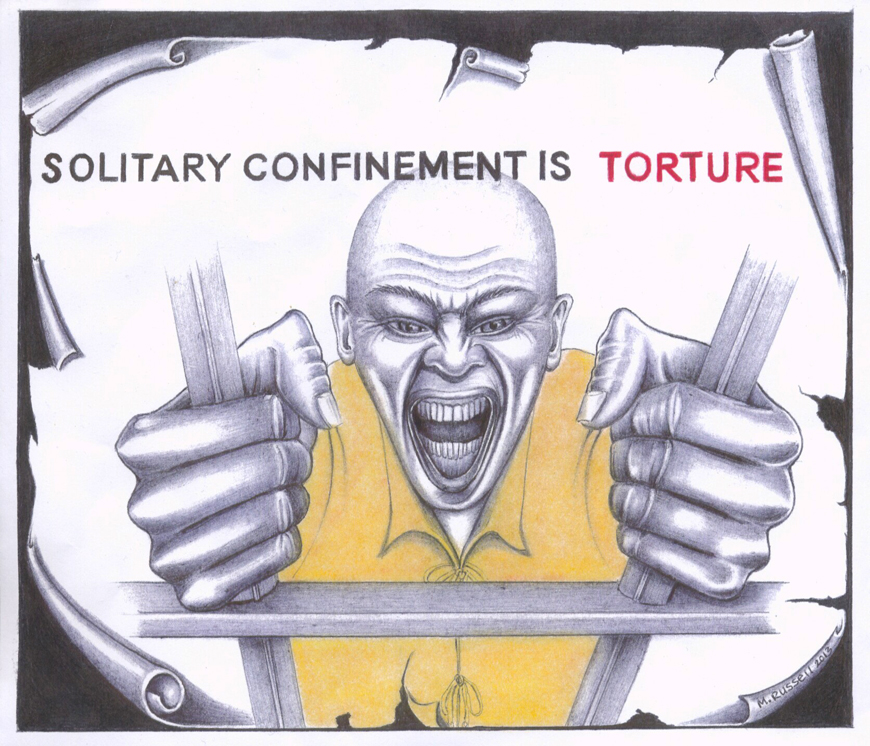 The objective of the deprivation method is not complicated. It is to attack the sensory organs and perception with methods to impair them. The weapon of deprivation cannot be effective without having in place a conditioning process to produce degeneration over a long period of time. The psychological, social and cultural trauma is observable in such a sterile and punitive environment.

Deprivation is cannibalistic for the spirit that is willing to stay the course. The flesh becomes weakened as men feed on themselves and others, eating away at human excellence. The feasting of deprivation will become more than flesh, blood or nature can endure. Indeterminate SHU confinement has left individuals with having to choose between discontinuity and becoming inflicted with a cannibalistic nature.

There are two aspects of deprivation, the psychological and the physical, where the mind acts upon the body. This two-edged torture can be effective either way. But in order for deprivation to eat away at the targeted prisoner’s consciousness, a conversion reaction must occur that breaks down the psychological defense mechanism.

Declaration on Protection from Torture

The “Declaration on the Protection of All Persons from Being Subjected to Torture and Other Cruel, Inhuman or Degrading Treatment or Punishment” was adopted by the United Nations General Assembly as Resolution 3452 (XXX) on Dec. 9, 1975. The declaration contains 12 articles, the first of which defines the term “torture” as “any act by which severe pain or suffering, whether physical or mental, is intentionally inflicted by or at the instigation of a public official on a person for such purposes as obtaining from him or a third person information or confession, punishing him for an act he has committed or is suspected of having committed, or intimidating him or other persons.”

In addition, the structural features of the various solitary confinement units throughout the U.S. prison industrial complex (PIC) make it possible to target specific prisoners by utilizing sensory deprivation to undermine the social, cultural and ethical values that the targeted prisoners hold. Prisoners are rare who can escape the ravages of the torture that results from long term isolation and the negative assaults by guards in any of California’s supermax control units and similar units all over the U.S.

The science behind the use of deprivations has been perfected by the handlers to operate with devastating force. We know there is no separation between physical torture and mental torture. Torture is a double-edged sword that can slice effectively either way to exact punishment or revenge. It has the purpose of taking away a targeted prisoner’s human dimension and essence.