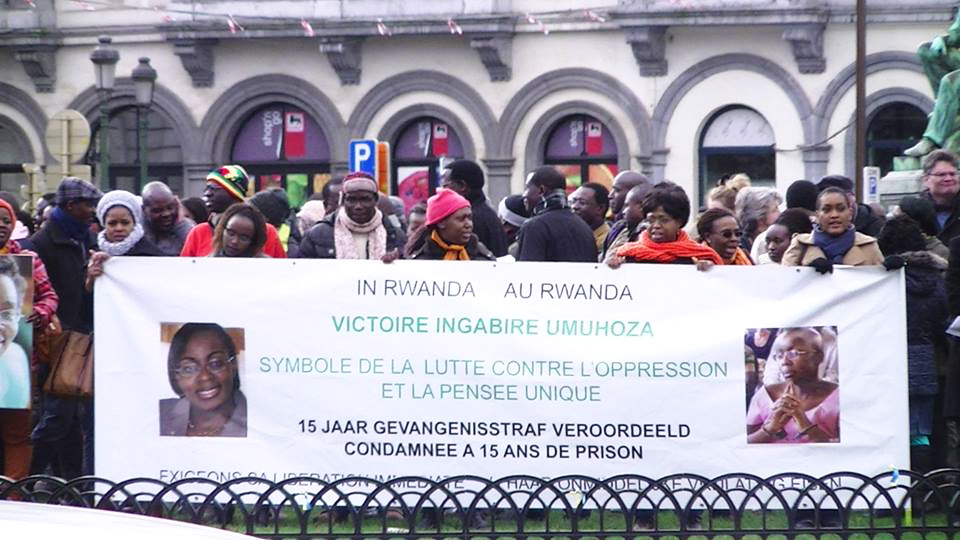 KPFA/Ann Garrison: While Victoire Ingabire’s supporters marched in Brussels today, her British lawyer Iain Edwards said that he is still waiting for a translation of the ruling, from Kinyarwanda to English, before saying whether or not they will appeal beyond Rwanda to a regional court or to the African Court of Human and Peoples’ Rights.

In 2010, when Ingabire attempted to run against sitting President Paul Kagame, she told KPFA that extremists on both sides, Hutu and Tutsi, had committed crimes before, during and after the 100 days of the Rwandan Genocide, and that both sides should have to answer to the International Criminal Tribunal on Rwanda, where only Hutu people have been charged. Marcelline Nduyumana of the Womens’ International Network for Democracy and Peace said that Ingabire is in prison because she dared to say what many people in Rwanda knew but are afraid to say.

Marcelline Nduwamungu: In Rwanda now, people are fearful. They don’t talk easily. So when she arrived there, she said things that can’t be said there. So the government said that she was trying to rise people against the government, because when she arrived there, she said that all what happened in Rwanda … all those people who have done bad things in the genocide, on both sides, because in all there is the Tutsi side and the Hutu side … 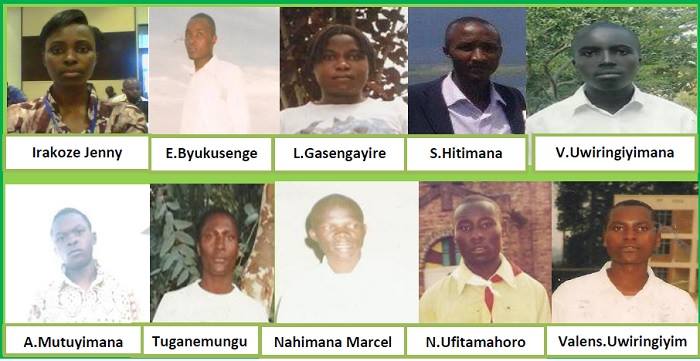 Now the Hutu side was dealt with in the International Criminal Tribunal in Arusha, she asked that the other side also answer the charges against it. And then the government didn’t want to hear that, so she was put in prison and now she’s still there and has to pass her 15 years inside.

KPFA: This year is the 20th anniversary of what came to be known as the Rwanda Genocide, and commemorations are planned around the world. The official account, which was codified by an amendment to the Rwandan Constitution, has served as an appeal for Western military intervention, as in Libya, Syria, South Sudan and the Central African Republic, and an excuse for Rwandan President Paul Kagame’s 18 years of overt and covert war in the Democratic Republic of the Congo.

Kagame has always said that he was compelled to defend Rwanda against a Rwandan refugee army in the Democratic Republic of the Congo, despite abundant evidence that the Rwandan army was instead smuggling minerals from Congo to Rwanda for sale on the international market.