San Francisco – Over the last few months, calls have flooded the POOR Magazine office from families and elders in desperate search for help and support to battle land thieves that utilize the Ellis Act to break laws that are in place to “protect the people” but that are overlooked or flat out ignored.

As the hipster-techies invade the once family-oriented “City by the Bay,” which has its roots deep in the colorful, rich African, Raza, Samoan, Fillipino and Asian cultures – and many more – the families and elders who invested their blood, sweat, money and tears for generations into the security of knowing they have contributed to the life of the Bay Area now watch helplessly as our homes are being stolen from us.

Home prices have risen by 22 percent in the past three years while evictions under the Ellis Act have gone up 170 percent in the same period, as well as a spike in “child criminalization” evictions with the so-called gang injunction law.

Starting in 1993 and labled as a “boutique” real estate law firm, tyrants Bornstein & Bornstein are receiving a lot of praise from real estate devil-opers (as we call them at POOR) and investors on their success in evictions and for the free classes where the tenants are looked upon as “a problem” and the landlords are taught things such as “how to throw somebody’s grandma out on the street and really feel good about it.” Daniel Bornstein, founding partner and an attorney for Wells Fargo, and his firm have pursued thousands of unlawful detainer actions, from owner move-in terminations to non-payment of rent with success.

The firm recently claimed a victory when they represented property manager McCormick and Baron in the eviction of Sabrina Carter and her young children from Plaza East (PE) apartments under the “child criminalizing” act of failing to keep her eldest son away from her and the property. When Sabrina’s younger son was shot and wounded a while back, the property management had failed to follow protocol and disregarded the letter from the DA’s victim services to relocate Sabrina’s family to a different property for the safety and mental well-being of her family.

After signing a “railroad” stipulation with her lawyer present, agreeing to keep her eldest son off the rental property in order to maintain her housing, Sabrina is now battling an eviction because she cannot “control her son.” Sabrina also claims that once she signed the stipulation, her son all of a sudden became a target of the police and says that the police have been inside her home when she was not present.

Home prices have risen by 22 percent in the past three years while evictions under the Ellis Act have gone up 170 percent in the same period, as well as a spike in “child criminalization” evictions with the so-called gang injunction law.

She says that she has also been harassed and intimidated by the lawyer for PE apartments, Bornstein & Bornstein. Ms. Carter has jumped through every hoop to comply with the stipulation and exhausted every resource to get intervention for her son.

“I have done the best I could do with telling him to stay away. I have filed restraining orders, I have signed documents banning him from the property and I even have a letter from the judge stating that I have complied with McCormick and Baron to the fullest extent, but the truth is that he is a grown man that’s going to do what he wants.” 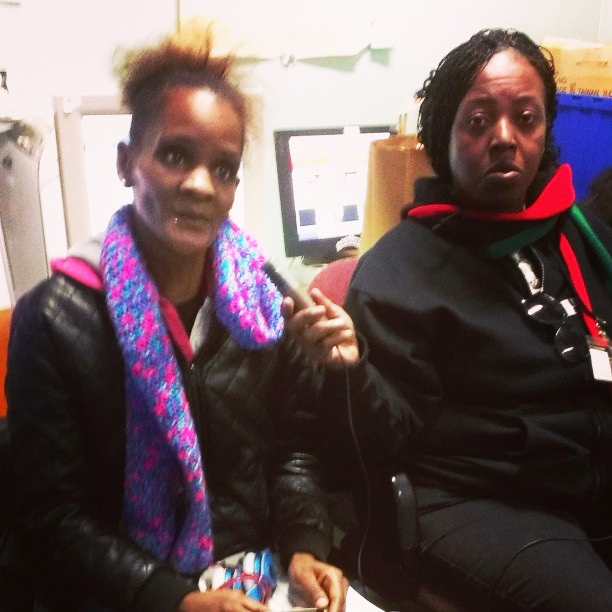 Despite all Sabrina has done, she and her two younger sons face homelessness through the criminalization of our children.

With attorneys like Bornstein, J. Marquez and Judge Quidechay, who presides over and orders most of the “unlawful detainer” evictions in San Francisco, the people are starting to connect the dots of this gentrifukation conspiracy and now realize that all these so-called “we’re here to help you” nonprofits are eating out of the same plate with those who slap the eviction notices on our doors.

It looks as if RAD (Rental Assistance Demonstration) is moving in fast now with the $800 million grant it just received, and many nonprofits are indeed jumping on the bandwagon to get a slice of the gentifukation pie. In November of 2011, Congress authorized HUD to implement RAD as a budget-neutral demonstration program with two components, allowing for the conversion of assistance for both public housing and HUD assisted properties that have expiring subsidies.

There is no guarantee that low-income families will be a part of RAD’s plan to move in and “improve the communities.” While the Ellis Act continues to wipe out our communities, who are these “improvements” for?

It looks as if RAD (Rental Assistance Demonstration) is moving in fast now with the $800 million grant it just received, and many nonprofits are indeed jumping on the bandwagon to get a slice of the gentifukation pie.

Are they for Sabrina and the seven other families evicted in the same week? Are they for 71-year-old Raza artist and curator Rene Yanez, well known in San Francisco as a cultural icon and artistic godfather to a generation of Chicano artists, who now faces an Ellis Act eviction despite a terminally ill wife with Stage 4 cancer and that he himself is in remission?

Their eviction is scheduled for July 24, while Mark Zuckerberg and his wife bought their $10 million dollar pied-a-terre in the Mission and plan to do $1.6 million in renovations that will include “a new basement garage, complete with a turntable pad so cars can get in and out more easily,” according to the SF Chronicle.

This is exactly why POOR Magazine made the bold move of bringing up charges against landlords for elder abuse. Mr. Yanez cannot care for himself and his wife on the streets where there are sit-lie laws that may land them in jail!

That is genocide towards the same generations who have worked so hard for the establishment of this city and our communities, way before the hipsters and the techies were an itch in daddy’s pants. Now it is them who come into our neighborhoods uninvited with their stolen privilege and huge war buses and arrogantly erase all of our historical murals, as if we never existed.

Queennandi Xsheba is an activist and journalist with POOR Magazine and Poor News Network. She can be reached via deeandtiny@poormagazine.org. To learn more, visit www.poormagazine.org and www.racepovertymediajustice.org.