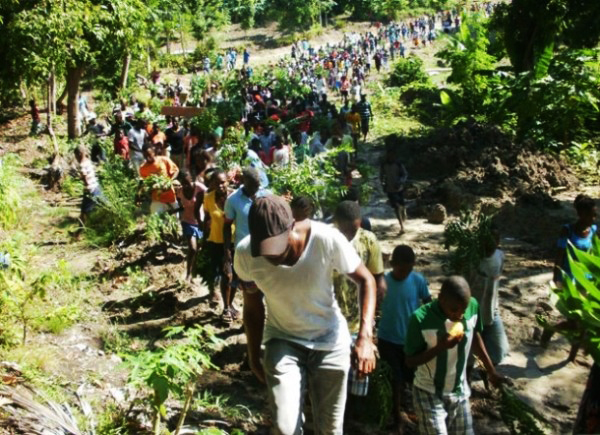 The Washington colonists are back in Haiti, re-enslaving. Bloodhounds have been set loose by the Washington puppet Haiti government on free Haitians at Île à Vache (Ile a Vache/Ilavach), who are fighting back.

It’s 2014, not 1704, but a bloody manhunt with hound dogs and weapons of war is let loose on the unarmed Île à Vache Haitians. These Haitians are descendants of enslaved Africans and freed U.S. Blacks who immigrated in the 19th century after America’s Civil War began.

When the people refused to leave their coastal properties to make way for foreign tourist resorts, empire sent in its U.S.-trained local forces to eliminate the resisters.

The only real infrastructure on the island was a rural school. So they terrorized the children there first. As I write this, empire is restoring “peace” by jailing and killing as many islanders as possible. The U.S.-U.N.-trained Haiti local forces are carrying around photos of local community leaders who are against the land grab and searching the island house by house to find and silence them.

The people are outgunned without the media and money resources of empires forces. This is the Clintons and Obama “building Haiti back better.” 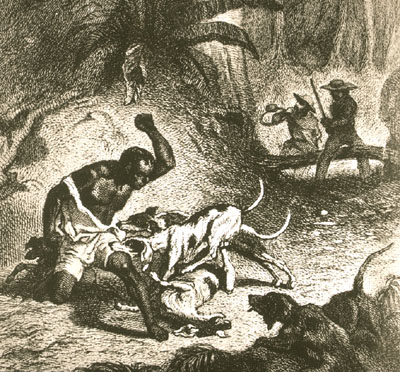 Not satisfied with absconding with $9 billion in earthquake relief that left little footprint except giving Haiti the cholera disease, the U.S. occupiers of Haiti are sending their hand-picked president and prime minister on a bloody manhunt to silence protestors. The people are peacefully demonstrating to stop the taking of their property to service the white notion of development. The white supremacist terror campaign forced the leaders to go into marronage again.

Île à Vache is one of the places in Haiti that was not touched by the Jan. 12, 2010, earthquake. But under the guise of rebuilding Haiti, the Haitian government has declared Île à Vache and all offshore Haiti assets property of the state, annulling all Haitian owners’ property rights in order to bring in foreign tourists. To that end, a massacre and terror campaign to remove Haitians from their coastal homes is underway.

In two decrees, one issued in May 2012, the other on May 10, 2013, the Washington puppet in Haiti declared all Haiti offshore islands property of the state, declaring them “tourist areas.” They’ve begun deporting local Haitians from Île à Vache.

The people refuse to recognize the decrees, are protesting. The people have no guns, no allies with nuclear power. They’ve been fighting this 10-year U.S. occupation alone.

The mainstream media sells the lie that Haiti has democracy, supposedly restored by the U.S. in 2004 after they got rid of President Aristide. The opposite is true, of course. 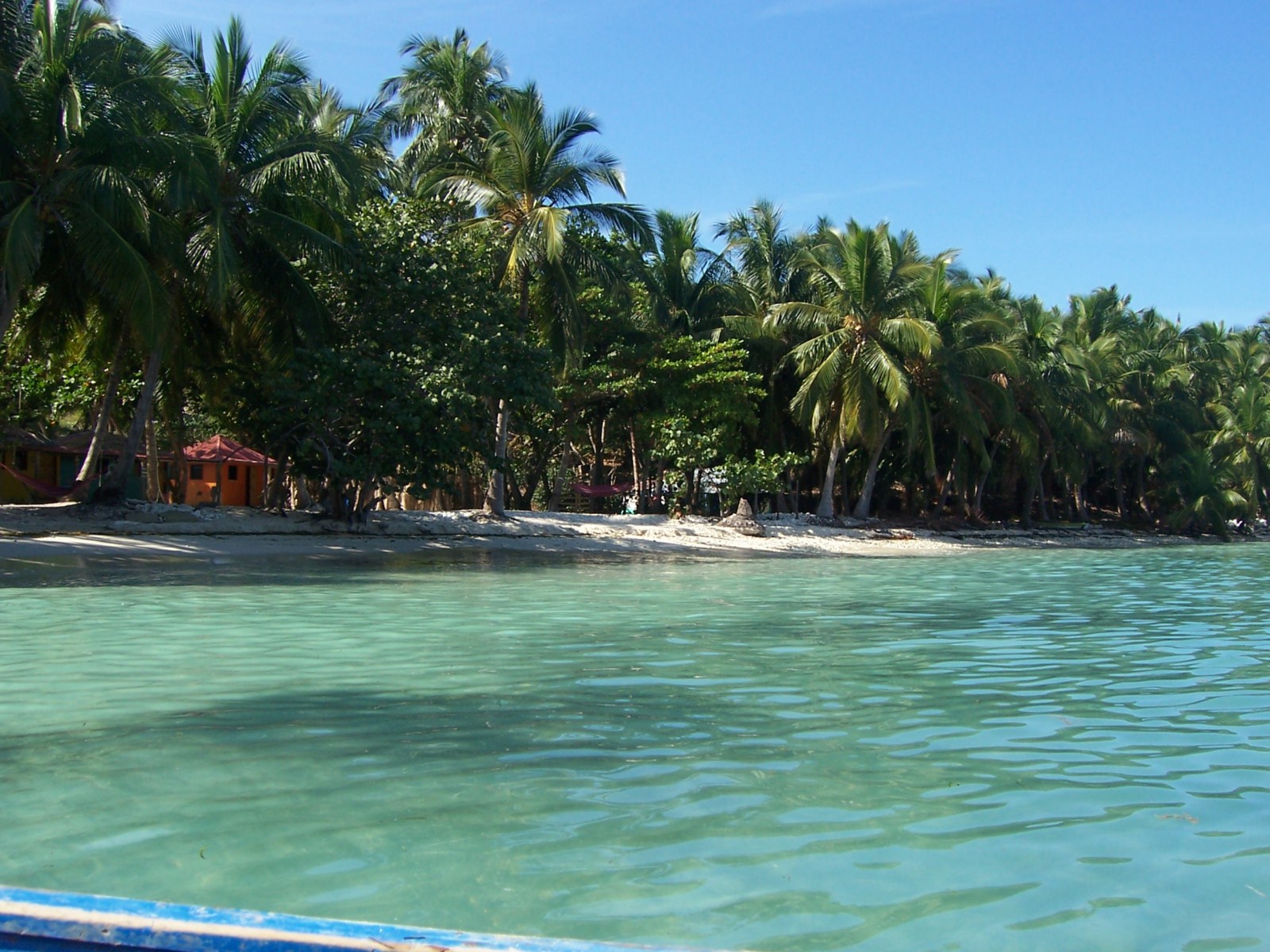 The people of Haiti have no democratic say in what happens to them. The corrupt not-for-profits/NGOs (the white saviors industrial complex of Haiti) push the idea that Haitians can get justice by appealing to the very people who took their sovereignty away. These wasted efforts – appealing to the OAS, the U.N., the U.S., the repressive local regime to enforce Haiti’s democratic rights – achieve nothing.

Duvalier is back in Haiti. The neo-Duvalierists are back in power. The capitalists own the Haiti government. The local Martelly-Lamothe government believes in the Washington neoliberal worldview and welcomes the West to come in and exploit their nation. Bill Clinton and all his acolytes are running Haiti.

Haiti, as they say, is open for business. Setting trained dogs and unleashing their military forces against the unarmed resisters is part and parcel of the conquerors’ business in Haiti. 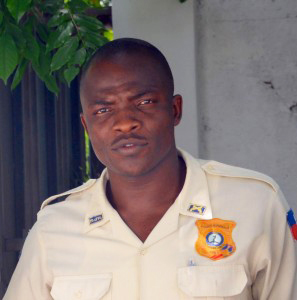 Haitian resisters are saying that tourism, an export economy, sweatshops and privatization of pubic assets to benefit the rich are not development for Haiti. The major media chains serving imperial interests put out misinformation.

But the Île à Vache story has gone viral on the internet. Viral means there are more than a million people following and circulating our stories. Please, let’s make it 100 million. You know the conquerors own the media. The people of Haiti, as in Venezuela, can only reach out people to people.

Help stop the silencing and neutralizing. Support the Haiti-led liberation struggle. The land is ours, because generation after generations spilled blood to stay on the land and out of the hands of the wage enslavers and bankers. Haitians won’t back down.

People to people, we’re asking you to join in stopping the land grab in Haiti by the capitalists, to stop the jailing of leaders, the coming massacres at Île à Vache and the other islands that will be next.

The current expulsion of Haitians from their lands is even more searing considering Haitians get deported from every nation in the world. Asylum, amnesty, justice are denied our people.

This will take Haiti is one step closer to freedom.

On Feb. 21, 2014, Jean Lamy Matulnes Jr., 32, president of community Radio VKI and Cooperative Foncodi and a community leader from Île à Vache, was arrested after an Île à Vache demonstration and jailed in the National Penitentiary (the “death prison”) without charge. Matulnes is the son of a peasant rural farmer from Île à Vache. This arrest is political intimidation to silence the Île à Vache population. 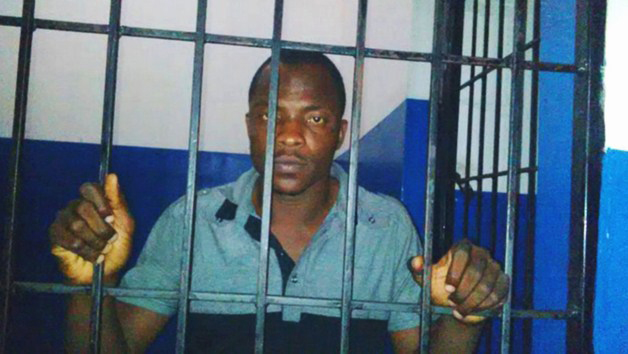 Release Matulnes! He is a political prisoner, illegally and arbitrarily arrested. Jailed without due process because of his activism as a reporter and for his community human rights work, he is also a policeman and was peacefully serving the people of his community.

As Île à Vache’s community radio voice was silenced with Jean Lamy Matulnes’ imprisonment, it’s now been replaced by a Martelly-Lamothe “community” radio station just inaugurated on the island, there with heavy military force only to promote Washington’s interests.

Île à Vache’s people need you to be their voice now! Demand the release of Jean Lamy Matulnes from prison. Demand that the Martelly-Lamothe government rescind the May 2012 and May 2013 decrees to take all the offshore Haiti islands from the people of Haiti. Haiti is not for sale! Release Matulnes.

Matulnes led the Île à Vache community radio, Radio VKI. He’s in prison and the Martelly-Lamothe forces have set up their own “community” radio station to spew out misinformation, to criminalize and neutralize public protest against selling off Haiti’s offshore islands, beginning with Île à Vache.

Île à Vache must not fall!

Tourism is not development, liberate yourself from that idea, Haiti!