San Francisco – Environmental justice and conservation groups filed a lawsuit March 27 against Kinder Morgan and the Bay Area Air Quality Management District (BAAQMD) to halt the shipment of highly explosive and toxic crude oil into the City of Richmond, a community already burdened by intense pollution caused by the fossil fuel industry.

Earthjustice filed the complaint and injunction request on behalf of Communities for a Better Environment (CBE), the Asian Pacific Environmental Network, the Sierra Club and the Natural Resources Defense Council (NRDC) in the San Francisco Superior Court.

The Air District (BAAQMD) issued Kinder Morgan a permit to operate its crude-by-rail project in early February, without any notice to the public or environmental and health review. The case asks the court to halt operations immediately while the project undergoes a full and transparent review under the California Environmental Quality Act (CEQA).

Members of the Richmond community, perhaps even members of the BAAQMD’s board of directors, did not know that a permit to transport crude oil had been issued over a month ago. According to longtime resident of Richmond and CBE organizer Andres Soto, the community is tired of being blind-sided and ignored.

“If the BAAQMD board knew nothing about the permit, it should be embarrassed, and it should actually exercise its authority and hold its staff accountable to the community,” Soto said. “The BAAQMD’s hush-hush permitting process for the Kinder Morgan permit reinforces the high level of distrust that the community has towards the BAAQMD staff. They lied to us during the Chevron fire, and now we are seeing them make backroom deals with industry in their permitting.”

“Richmond residents are already over-burdened when it comes to pollution in our community and toxins in our bodies,” said Sandy Saeteurn, an APEN Richmond organizer. “The idea of trains carrying explosive Bakken crude oil in and out of our neighborhoods is outrageous. It’s like BAAQMD just pulled the pin off of a bomb, allowing it to roll all around town, knowing it’s only a matter of time before it stops ticking, and explodes on all of us.”

“There are environmental and health laws on the books to protect people from the harmful effects of industrial activities, but those laws can’t work if agencies ignore them, or worse, deliberately skirt them,” said Suma Peesapati, the Earthjustice attorney handling the case. “The air district has violated the rights of the people of Richmond – and beyond – by failing to examine the harms and hazards of crude-by-rail.”

Earlier this week, the Berkeley and Richmond city councils voted to oppose crude-by-rail plans that involve trains running through their cities. The number of trains carrying crude oil around the country has risen dramatically in the last two to three years, due to the increased drilling in both the Alberta tar sands in Canada and the Bakken shale oil area of North Dakota.

“The idea of trains carrying explosive Bakken crude oil in and out of our neighborhoods is outrageous. It’s like BAAQMD just pulled the pin off of a bomb, allowing it to roll all around town, knowing it’s only a matter of time before it stops ticking, and explodes on all of us.”

“Even the National Transportation Safety Board says that crude oil trains should stay out of urban areas,” said Diane Bailey, senior scientist at the Natural Resources Defense Council. “This dirty and dangerous project does not belong in Richmond.”

Bakken crude is extremely explosive and toxic. In January, the U.S. federal agency that regulates hazardous materials on the rails issued an alert, stating that Bakken crude may be more flammable than other types of crude.

In both the U.S. and Canada, as the number of train cars carrying crude oil has quadrupled over the past six years, accidents, explosions and derailments have dramatically increased. Last July, a train carrying crude oil derailed and exploded in a town in Quebec, Canada, killing 47 local residents and destroying most of the downtown area. 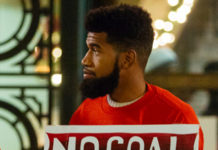 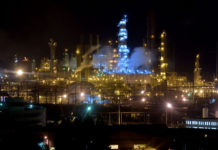