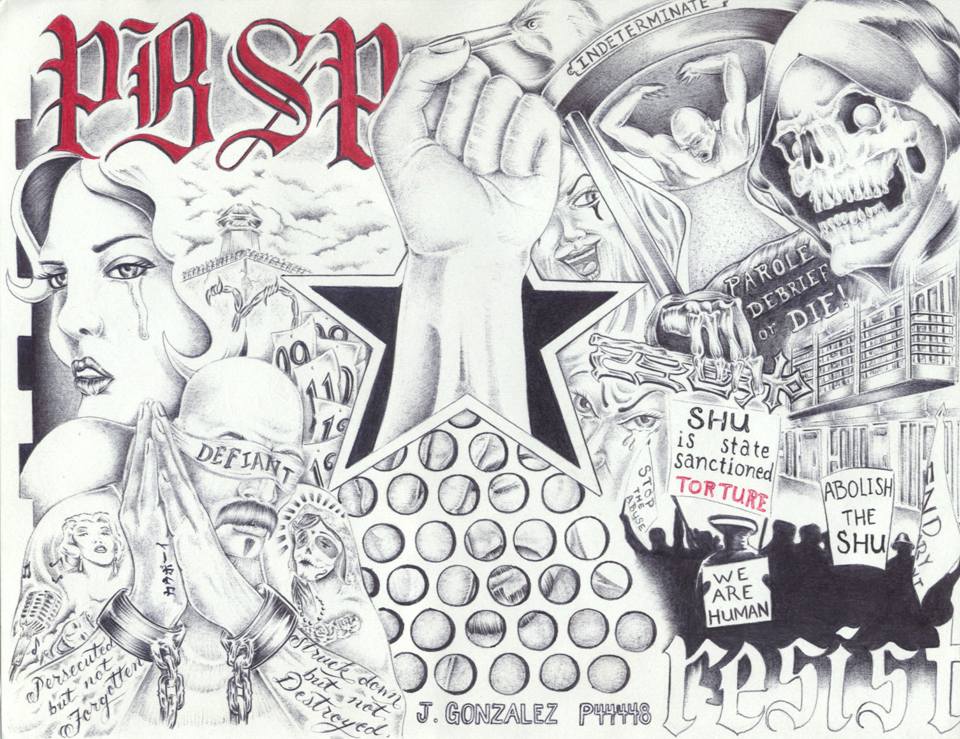 The new Security Threat Group/Step Down Program is not designed to allow prisoners to become free.

Using solitary isolation to turn our dreams into a nightmarish scream!

The murder of the spirit lives in solitary confinement, in its own hell.

Who can account for the resulting deposits of our madness on the floor of the isolation cell?

The silence has an isolation all its own.

A path on a road to branded memories …

Crushing and suffocating the intelligence of those who continue to resist and fight for what we know is right.

It took a hunger strike, putting our lives on the line, to get rid of the stench of indifference and bring our inhumane plight into the daylight.

It took a hunger strike, putting our lives on the line, to get rid of the stench of indifference and bring our inhumane plight into the daylight.

Not just me, we, the isolated, want to have our say.

LONG TERM SOLITARY CONFINEMENT ISOLATION MUST BE SHUT DOWN TODAY!

Yes, behind the wall, we face it all.

In a cover note, Sangu writes: “As you are most likely aware, on April 3, CDCr will be holding a ‘Change of Regulations’ comment session for the public’s input on their implementation of the STG/SDP that has already been in place since October of 2013. To more or less justify their new plan of attack on prisoners, they’re adding street gangs to their already burgeoning list of people they can throw into extreme, inhuman isolation for the ficklest of reasons. Waving at someone can be construed as a gang signal.” Send our brother some love and light: Paul Sangu Jones, B-26077, PBSP SHU D4-107, Crescent City CA 95532.