Know your enemy from your friend.

On March 10, not too far from Pelican Bay State Prison, a 6.9 earthquake struck in Eureka and the powerful vibration was felt miles around. At that moment my thoughts began racing and the thought which prevailed was this: “If these haphazardly-designed concrete slabs began collapsing, we’d all be in the same damn boat – crushed dead.” 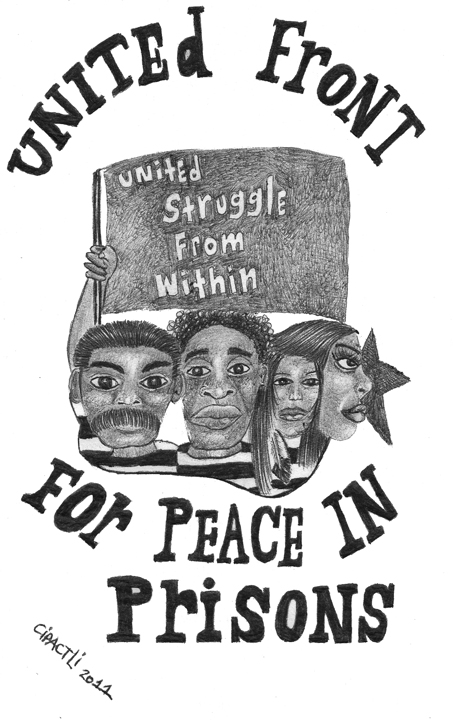 Although this isn’t a new revelation, yet the profoundly indifferent psychology of our captors was blatantly shown by the fact that all of the cage doors were immediately double locked! The message was most clear: “Your safety is not hardly our priority.” I thought aloud: “Our lives don’t mean sh–!”

At that moment, all of us were obviously ONE CLASS: the have-nots. At that moment, we were united and the divisions in our heads didn’t amount to any type of lifeline. And I wondered, what if I died at that moment? What would I have achieved of real meaning on the scale of historical purpose?

All of the cage doors were immediately double locked! The message was most clear: “Your safety is not hardly our priority.” At that moment, all of us were obviously ONE CLASS.

How can a man or woman achieve anything of meaning if they don’t stand for something meaningful? And doesn’t this – standing for something meaningful – rest first and foremost in the values and world view a person governs his life by? Can we realistically operate on the basis of an artificial dichotomy as regards a person’s philosophical outlook and conduct? I mean, is there not a logical nexus between one’s thinking and resulting behavior?

Aren’t the agendas and programs one is motivated by inextricably related to and rooted in the MIND DOMAIN of those who embody such? If yes, aren’t we as a matter of principle and politico-strategic competency obliged to critically examine the ideological apparatuses in which we are absorbed in order to weigh their value towards constructing a foundation on which to build lives that extend meaningful aid and achieve real meaning?

Being an ex-Blood – I’m a former Bounty Hunter from Watts – I long ago realized that in the final analysis ideology and worldview of reactionary and destructive gangsterism was and is rooted in and motivated by nothing of real value. In terms of historical purpose, the gang mentality and bloodism doesn’t stand for anything of importance. Yet, although I’ve drawn that sane and intelligent conclusion – the material dynamics proves the case – illusions die hard for the vast majority as related to those who practice the gangster mentality.

Thus, regardless of the abundance of what I perceive as idealism in the context of intra-group collaborative approaches in terms of the solidarity demonstrated towards confronting the fascist-authoritarian prison system, what must be grasped and admitted is that we can’t and won’t win so long as we persist in functioning on the basis of ideological values and philosophical outlooks that act as acute polarizing forces, one or the other. Real talk.

We can’t and won’t win so long as we persist in functioning on the basis of ideological values and philosophical outlooks that act as acute polarizing forces, one or the other.

To be clear, what I’m suggesting is that those who are genuinely concerned about the level of repression to which we’re being subjected and which shall inevitably encompass and affect the lives of our folks, the have-nots, on the assembly line from school prisons to prison schools are obliged to engage in ideological struggle. This is a requirement, since otherwise our own aims will be negatively impacted and our potential – our potency – will be drastically undercut due to our own failure to pursue politico-social matters on the basis of strategic clarity, an organized program derivative of correct assessments and guided by theory reflective of the real dynamics at play.

Naturally, the contradictory dynamics at play in relation to the entire array of institutional-based repressive phenomena such as soldier-cops, prosecutors, courts and penological systems are undergirded by an ideological construct and this in turn is rooted in a distinct world view. Indeed, this is the case in regards to all complexes in this oligarchical fascist society. The myriad of diverse socio-political institutional frameworks, such as the prison industrial complex, intelligence complex and law enforcement complex, operate to form a coherent program geared towards strategic dominance.

Could their real motivations ultimately center upon a strategic risk assessment of our have-nots? Are we merely obsolete as unskilled labor, or are we potentially an emerging political threat under conditions of a permanent severe economic recession? Is massive resistance of earthquake proportions being generated?

I mean, is the targeting of our folks, as described in the “New Jim Crow” and exemplified by gang injunctions, actually motivated by a pretext designed to control and hence stifle our revolutionary potential? Could that signal their fear of our realization of the necessity or imperative to become politicized?

Also, what if in the course of our engaging in prudent analysis of our repressive opponents’ politico-strategic dominance of us it is discovered and made plain that we ourselves are deeply affected by and hence function on the basis of the very ideas and underlying world view of our political opponents, are we not obliged to endeavor to make ideological adjustments or do we simply go on being dogs unable to learn new tricks?

Are we merely obsolete as unskilled labor, or are we potentially an emerging political threat under conditions of a permanent severe economic recession? Is massive resistance of earthquake proportions being generated?

Can we honestly achieve the reorientation of our priorities on the basis of conforming to and upholding racist, fascist, sexist, individualist and reactionary ideas rooted in and motivated by alienation and domination? Is it really conceivable for us to create the conditions for enduring and genuine solidarity in the face of maintaining a tight grip on value systems and world views which by their very nature function to rationalize and justify a deleterious fracturing of ourselves? Do our own ideologies and philosophies condition us to exist in division – conquered?

Do our own ideologies and philosophies condition us to exist in division – conquered?

If yes, are we not the damn agents of our own oppression while at the same time serving to perpetuate and reinforce the politically divisive agenda and program for our common class foes? Indeed, in such a case, the saying “we are our own worst enemy” aptly applies, even as it operates to describe a profound contradiction. It is ignorance to remain slavishly polarized due to an immature and selfish ego.

Are we to be truly united, or is all that is being projected a front? Nah, it isn’t my intent to disparage the character of anyone who sacrifices to improve our deprived plight, yet constructive criticism aimed towards deeper political assessments is obliged of us all if we truly dare to meet in a competent manner the serious and organized challenges that face us and our communities.

Constructive criticism aimed towards deeper political assessments is obliged of us all if we truly dare to meet in a competent manner the serious and organized challenges that face us and our communities.

My basic point is that we must endeavor daily to repudiate and relinquish our common enemy’s ideologies and world views since unless or until this arduous internal feat is approached as the initial priority, there will be no substantive politico-strategic victories from the tombs of our communities. 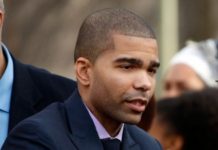 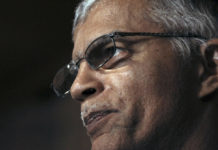 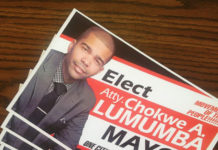