A small hearing March 4, 2014, in an obscure courtroom at the Circuit Court for Baltimore City ended with the release of former Black Panther Marshall Edward Conway, who has spent nearly 44 of his 67 years in maximum security prisons. Eddie, as he is known to his thousands of supporters, entered the courtroom wearing a Department of Corrections sweatshirt, in handcuffs and leg chains, and walked out of the courthouse about an hour later in civilian clothes to greet a host of family, supporters and old friends:

“I am filled with a lot of different emotions after nearly 44 years in prison. I want to thank my family, my friends, my lawyers and my supporters; many have suffered along with me.” 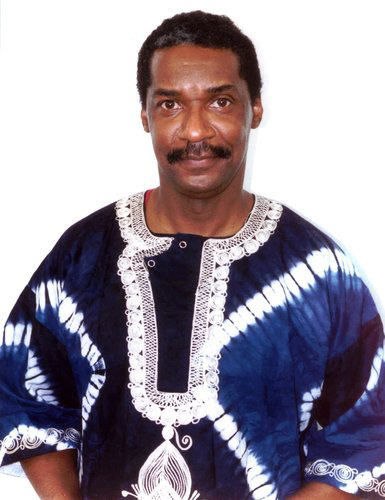 Despite Eddie Conway’s insistence on his innocence, it took years for Conway and his attorneys to find a way to overturn his conviction. Finally, in May 2012, the Maryland Court of Appeals ruled in the case of Unger v. State that a Maryland jury, to comply with due process as stated in the U.S. Constitution, must be convinced beyond a reasonable doubt that someone charged with a crime is guilty before that jury can convict the defendant. What made this decision momentous for many people in prison, including Conway, is that it applied retroactively.

Robert Boyle and Phillip G. Dantes, attorneys for Conway, filed a motion on his behalf based on this ruling, arguing that the judge in Conway’s trial had not properly instructed the jury that this “beyond a reasonable doubt” proviso was mandatory for conviction. Based on this motion, they negotiated an agreement whereby Conway would be resentenced to time served and be released from prison. In exchange, Conway and his lawyers agreed not to litigate his case based on the Unger ruling.

As he walked away from the courthouse, Boyle said: “It’s a big day for Black political prisoners that one of them has finally gotten out. I feel that (the late mayor of Jackson, Mississippi) Chokwe Lumumba was speaking into the judge’s ear, to urge him to let this happen.”

Eddie’s attorney, Robert Boyle, said: “It’s a big day for Black political prisoners that one of them has finally gotten out. I feel that (the late mayor of Jackson, Mississippi) Chokwe Lumumba was speaking into the judge’s ear, to urge him to let this happen.”

Scores of former Black Panthers are serving virtual life sentences in prison, largely the result of the efforts of J. Edgar Hoover, who ordered his FBI in the 1960s and ‘70s to target the Black Panther Party – as revealed by the 1977 Church Committee Senate hearings. The first Panther chapter was started in 1966 in Oakland, California, but by the time a chapter was formed in Baltimore in 1968, the FBI had had ample time to insert more than its usual share of informants into the fledgling organization.

The FBI, moreover, often worked in league with various municipal police departments. As Conway wrote in his political memoir, “The alleged murder of police officers would soon take the place of the mythological rape of white women as the basis for the legal lynching of Black men.”

On the night of April 21, 1970, two Baltimore police officers, Donald Sager and Stanley Sierakowski, were shot as they responded to a domestic disturbance call. Sierakowski was wounded seriously, and Sager died of his wounds. Two members of the Black Panther Party, Jack Ivory Johnson and Jackie Powell, were apprehended close to the scene soon after the shooting.

Other police officers spotted a third African-American man and chased him for several blocks as the man fired back at them, finally escaping. A police officer later testified that the man he chased and who shot at him as he fled was Marshall Eddie Conway, a prominent Panther activist in the community.

“The alleged murder of police officers would soon take the place of the mythological rape of white women as the basis for the legal lynching of Black men.” – Marshall “Eddie” Conway

“There was a de facto war being waged between the police and the Black community,” Robert Boyle explained. “Eddie Conway was a well-known person in the Baltimore Black Panthers. If it wasn’t Eddie, it was going to be someone else from the Party.”

The day after the shooting, Conway was arrested at work in the Baltimore post office.

Marshall “Eddie” Conway was interviewed at length by Democracy Now! on March 5, the day after his release; read the transcript at http://www.democracynow.org/2014/3/5/exclusive_freed_ex_black_panther_marshall.

Mr. Conway’s trial, complex and tumultuous, lasted several months. Jack Johnson had, at one point during police interrogations, named Powell and Conway as the shooters but later refused to testify to this in court, saying that police had beaten him until he told this story. Conway chose not to attend much of his trial, protesting the fact that he had been given a court-appointed attorney in lieu of his choice, William Kunstler, who needed more time before he could join this case.

Adding to the mix was a jailhouse informant, Charles Reynolds, who was not charged in the case but testified that the Baltimore Panther Party required aspiring members to shoot a police officer and that Paul Coates – now head of the Black Classics Press – had ordered Conway to carry out the shooting. However, Coates refuted this in court, testifying that Eddie was, in fact, already a party member, higher in party rank than himself.

Despite, or possibly because of these and many more complications, a jury finally convicted all three men of the murder of Sager. Conway was sentenced to life without parole.

Powell died in prison in the 1980s. Johnson was released in 2009, having served his full term after he was resentenced. But Conway served until Tuesday in various Maryland prisons, an “exemplary prisoner.”

While continuing to maintain his innocence, Conway identified himself as a political prisoner. During his decades of incarceration, he earned three college degrees and organized a literacy program. He has also started other human rights groups, such as Friend of a Friend, which is affiliated with the American Friends Service Committee and helps young men, often gang members, resolve conflicts. Because 78 percent of the Maryland prison population is African-American, Friend of a Friend also teaches these young men about their heritage and culture.

So it was no accident that, in the courtroom and outside the courthouse, several young men whose lives had been changed were waiting to welcome Conway to the outside world. “He helped me when I was incarcerated at 15 years old,” said DJ, one of the young men who met Eddie in prison as a kid. The Friend of a Friend program helped him a lot; DJ said he owes who he is now to Conway. “Eddie took a chance on me, and changed my life.”

Also there to hug Conway for the first time in some 43 years was his old friend Coates.

Ronald Conway, Eddie’s son, blinking back tears, talked about how his father had held back from getting to know Ronald’s two sons because he didn’t want them to see him in prison; and now, they all had a chance to really be together.

Boyle said: “I am absolutely thrilled for Eddie. Finally, what we wanted has happened: to see this innocent man out of jail.”

Copyright, Truthout.org, where this story first appeared. Reprinted with permission. Susie Day is a writer who specializes in prison issues and political satire. A collection of her work will be published late in 2014 by Abington Square Publishing. In April 2011 Conway’s political memoir, “Marshall Law: The Life and Times of a Baltimore Black Panther,” was released by AK Press. He is also the author of “The Greatest Threat: The Black Panther Party and COINTELPRO.”

‘Give them the kind of support I got’: the importance to prisoners of outside support

In his interview with Democracy Now! on March 5, the day after his release from a month short of 44 years in prison, Marshall “Eddie” Conway sent a message to all of us on the outside who care about prisoners:

Amy Goodman: Eddie, as we wrap up, what gave you hope, almost 44 years behind bars?

Marshall “Eddie” Conway: Well, I appreciate you asking me that, because I want to take this opportunity to thank the tens of thousands of people who have supported me over the years and who have sent letters, postcards, marched, rallied, organized across America, around the world. Those letters, postcards, rallies, marches, organizing etc. gave me hope, gave me courage, gave me energy and kept my spirit high. And it made me know that I was loved.

And that same love needs to go out to the other political prisoners who remain locked up today for almost 40 years, most of them. And one of them is a little over 44 years. They need to have that same kind of support, that same kind of encouragement and that same kind of work to help get them free, because I think when you know that people work and love you, then you can do work yourself. And I think those are what political prisoners are doing, work in their particular areas, and they need to be encouraged to do that by people coming out and giving them that kind of support that I got.