The connection between the minds and hearts of the people has grown so distant, so impersonal, so unlike the revolutionary spirit of the 1960s that the heartbeat of the movement can barely be felt or heard anymore. Come closer. Has the system been so effective in beating the fight out of the struggle that, when the eyes of warriors meet, we no longer recognize each other?

Has the system been so effective in beating the fight out of the struggle that, when the eyes of warriors meet, we no longer recognize each other?

The ghetto-slums of America are literally war zones. Places where people are terrorized, maimed and murdered on a daily basis. Prison is a war zone where men shake hands not knowing if the other man will stick a shank in him with the other hand in the same motion. 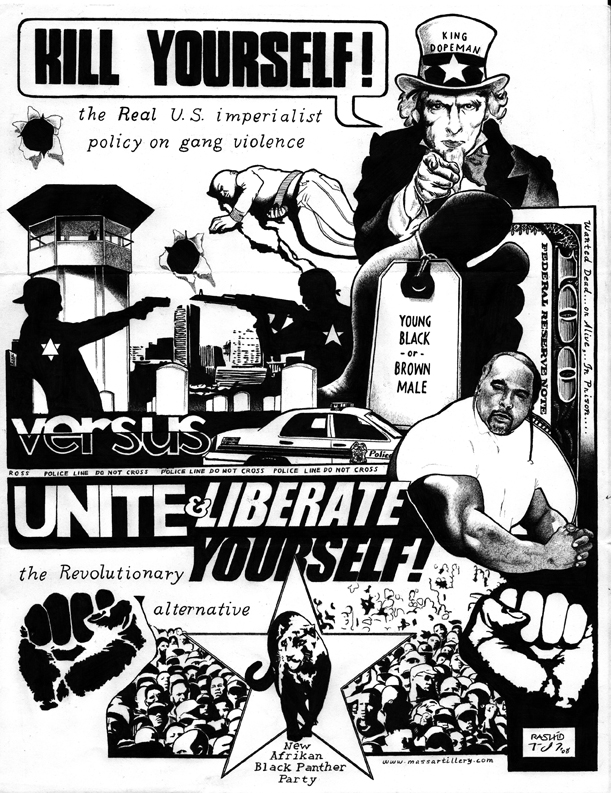 These danger zones are worse than war grounds, where the warrior can easily identify the enemy, keep him at a distance, or eliminate him without being subject to prosecution. In prison, you don’t know when it’s coming, from which angle, or who will be the one to bring it. You move, think and rest in a perpetual state of terror.

I am a warrior born to warriors. Born in 1982, I was kidnapped at the age of 3 and hospitalized for PTSD of a child by the time I was 6. From then until I was 12, I spent time in various institutions in Pennsylvania. When I would lash out, because I wanted my mother or wanted my freedom, they would wrap my body inside of a blanket as though it was a straightjacket. Or they would lock me in this room that smelled so much like urine, so putrid, that I remember exactly its stench to this very day.

When I refused to take the brain-eating drugs they forced upon me, they would wrestle me to the ground, pull my pants down and use a needle to inject me with Thorazine, which I learned later is a horse tranquilizer. State-sponsored child rape.

Before the effects of these drugs and experiences had worn off, I entered the slum streets of Harrisburg, Pennsylvania. I had no identity, sense of culture or world history nor an understanding of my individual past. I was a reflection of the pain, coldness and violence I had witnessed or experienced up to that point. Some of the things I saw in dark alleyways and crack houses were so scary, bloody and inhumane that I think I suffered a sort of “brain shock” that made me question whether this was the kind of world I wanted to be a part of at all.

I came to adult prison when I was 15 – the bullets missed me, but the system made sure it did not. I learned to read and write and slowly began understanding my past, discovering myself. I could then see the struggles of others and, ultimately, the causes of the people.

I came to understand that prison is slavery and decided, without regret, that I would rather be in the fields with the rebels than in the Big House begging for scraps from the slave master’s kitchen table. So they whipped me, with bogus prison and criminal charges, with cold stares and vile words, with hungry nights and cold cells, beaten to the ground worse than a dog.

But they never took my heart from me because its strength is connected to all of the warrior hearts of the world.

But they never took my heart from me because its strength is connected to all of the warrior hearts of the world.

Today and every day, then, I stand for everyone who has struggled: the single mothers, forgotten youth, the condemned ex-felons and drug addicts and those who just never had a chance. When I look in your eyes, I see me. I see fire and power; I see the answer for why we never broke. We are the heartbeat of this entire nation. We are all warriors.

Andre Jacobs calls out celebrities: The Bay View is the realest, rawest, richest paper of all; don’t let it go broke! 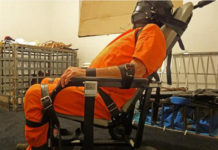 The Dallas 6 Case: Solitary confinement on trial in a US courtroom

John Carter, 32, murdered by guards: He probably knew they were coming to kill him