TheatreWorks’ production of “Once on This Island” is a beautifully choreographed story about love and loss, faith and selflessness. A musical based on the Caribbean writer and Black arts movement pioneer Rosa Guy’s adaptation of Hans Christian Anderson’s “Little Mermaid” set in a mysterious tropical island, when Napoleon appears defeated, we know it is Ayiti (Haiti). In Lynn Ahrens’ book and lyrics and Stephen Flaherty’s musical stage adaptation, the story, rather than ending on a “love’s sweet sorrow” note, “Once” looks toward the future. It is what Bob Marley calls a redemption song.

Because this is what “Once” is, a poetic journey into the heart of Pan African America where the gods or orisha live with the people and have that a much more magnified and electric presence. We meet Erzulie, the goddess of the orphan – in the play, also of love; Papa Ge, the keeper of death; Asaka, mother of earth; and Agwe, the god of water. There is also a gatekeeper, Papa Legba, at the crossroads.

Little Ti Moune is found in a tree, washed ashore in a storm on the ever tempestuous island, where the people who live there are connected to their African roots. Mama Euralie and Tonton Julian take her in and raise her as their own.

An older Ti Moune prays to these gods for love and of course the deal comes with small print which Ezulie and Papa Ge make sure she reads. Reminiscent of the storm that landed Ti Moune on the island so long ago, the prince speeds along the slippery road and hits a tree and would have died had not Ti Moune cared for him.

The cosmic and social dance between the two impresses even the Black gods or orisha, especially the more cynical Papa Ge and Ti Moune’s guardian Erzulie. The peasant girl’s adoration and devotion to the prince who, though he likes her well enough, is not about to disobey his dad, the king.

This is the crux of the story, which looks at themes like slavery and its aftermath, classism based on pigment and the infectious nature of European values left in places like Haiti, where what “Once” hints at is reflected in its history to date. It is a pre-cholera epidemic that subsequent generations have a hard time resisting. 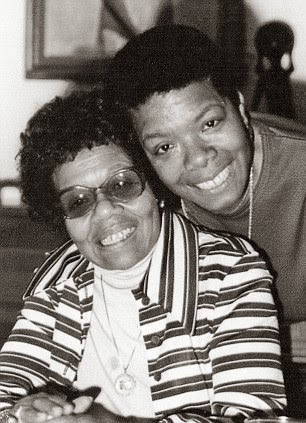 As superior of Voluntas Dei, Haiti, Father Didi Horace oversees its seven missions in largely rural areas of Haiti, with one in Port au Prince. Each mission includes a school which also provides for the nutritional and healthcare needs of its students, some of whom walk four miles daily to attend. His ministry brings him in daily contact with both the issues of everyday life confronting rural and urban life and church-based initiatives to address them.

“Once” leaves us with a promise. This promise is evident in the resistance one sees in former President Aristide’s return to Ayiti and his work rebuilding institutions he established while in office twice, like the medical school and others on the ground. This promise is seen in Father Didi Horace’s work with the poor, like the fictional Ti Moune’s loving family, Mama Euralie (Dawn L. Troupe) and Tonton Julian (Berwick Haynes). They nor the villagers have much, but what they have they are willing to share with the little girl.

“I’m very concerned about people. I’m concerned about Trinidadians and Haitians and Americans and the things that have happened to us since slavery and what has helped to form us all since slavery, even though we – some of us – we believe, we think that it hasn’t mattered in our life and every generation has to find its own truth.

“But then you come to the feeling or the idea, what is truth? Truth is not encompassing one person alone. Your mother’s truth becomes a part of yours, so generational truths, you know, have a way of sifting down, because anyhow it forms you, and so you have to deal with some of these issues that form you in order to clear your mind, even, you know, of pressures that you don’t know are there.”

The idea of story, telling one’s story is repeated throughout “Once on This Island,” yet the only stories we tell, my friend at the performance commented, are the stories of defeat and pain as if these are the only stories we occupy or occupy us. Pan African history did not start when we got off of the shipping vessels which gave us a free one-way trip out into the vast unknown.

Guy’s work and its staged incarnation hints at more than this, even if the frame of the piece is chipped and frayed. That there are gods on stage with human beings, participating in their daily lives, that the birds speak to Ti Moune, that the rocks offer her shelter, the inanimate changes form so she can see, speaks to the transformative and participatory nature of story – so why aren’t we telling more stories to our children?

The future lies in a shifting of the narrative to one of joy and optimism and success, rather than more tales of woe, where we continue as a people to come out losers. No matter how happy the dance or festive the song, if the theme is hopelessness or despair, we are doomed.

Life and death are twins, so close to each other yet a lifetime apart. The dance between actress Adrienne Muller’s Ezulie, goddess of love, and actor Max Kumangai’s Papa Ge, keeper of death (my translation, as he is not a “demon”), are a tangible delight.

The production is choreographed by Gerry McIntyre, who originated Papa Ge in the workshop in the late ‘80s, turned it down for the award winning Broadway run (1990-1995) to then return to the show as Armand in the off-Broadway production and got to perform Papa Ge on tour. In 2009, “Once on This Island” inspired a documentary, “After the Storm,” about a group of Broadway artists, including TheatreWorks choreographer McIntyre, who travel to New Orleans and stage a production of “Once on This Island” with local teens, according to the program.

The historic connections between Ti Moune and Armand and the politics of Katrina and New Orleans, Louisiana, like Haiti, a former French colony, are uncanny and consistent thematically. The young cast, according to reviewer Syche Phillips, leaves their audience with a “sense of optimism. When faced with defeat, there can still be hope. If we know where to look, we can eventually find joy. It’s the dance of life.”

I am not certain if this is the lesson I want Black children to constantly have to learn: defeat – then optimistic return from below. It is almost as if the dirge is celebrated when in fact it is cause for mourning.

Black people should be able to celebrate triumph. The stories we tell should not be ones of sorrow or, in this case, what happens to a community when love is framed by racial politics. Ti Moune – the elder girl portrayed by actress Salisha Thomas – and her prince, Armand (Rotimi Agbabiaka) have the same lineage – African. His lineage is contaminated by French rape of a Black woman, and this is celebrated?!

Salisha Thomas as the older Ti Moune looks just as mixed blood as her Daniel (actor Paris Nix), while Khalia Davis as the younger Ti Moune is darker. I wondered when Thomas appeared why the company didn’t cast an actress who more closely resembled the younger character, even though Thomas was superb in the role.

It is to the credit of the heir to the throne that Ti Moune sees beyond the arrogance of class and the false structure of colonialism and post-colonial power. She is Africa – her face, her body, her dance, her lips, her song – and Daniel, for a brief moment, drinks from the well and is filled. After the music ends and one thinks about Ti Moune and her sacrifice, “Once” is not necessarily – the way Rosa Guy wrote her “My Love, My Love” – cause for celebration.

Nonetheless, fairytales have their uses, and this production of “Once on This Island” is fantastic and fantastical with the marvelous set, music, song and choreography, and you don’t want to miss it. It is up at TheatreWorks’ Lucie Stern Theatre in Palo Alto through March 30. Visit www.theatreworks.org or call 650-463-1960.

Bay View Arts Editor Wanda Sabir can be reached at info@wandaspicks.com  Visit her website at www.wandaspicks.com throughout the month for updates to Wanda’s Picks, her blog, photos and Wanda’s Picks Radio. Her shows are streamed live Wednesdays at 7 a.m. and Fridays at 8 a.m., can be heard by phone at 347-237-4610 and are archived at http://www.blogtalkradio.com/wandas-picks.