On Jan. 29, 2014, Gilbane, a real estate development and construction company subcontracted by the Navy, employed a handheld device to detect an area of elevated radiation, or “hot spot,” beneath the sidewalk in front of Erik and Kathryn Lundgren’s modest Treasure Island home. They then proceeded to excavate a highly radioactive “hot commodity,” a small metal disc, from its burial place in the soil.

In addition, only recently – on Feb. 12, 2014 – did Kathryn learn about the presence within feet of her home of a former Navy “burn pit” where radioactive and toxic chemicals were incinerated. 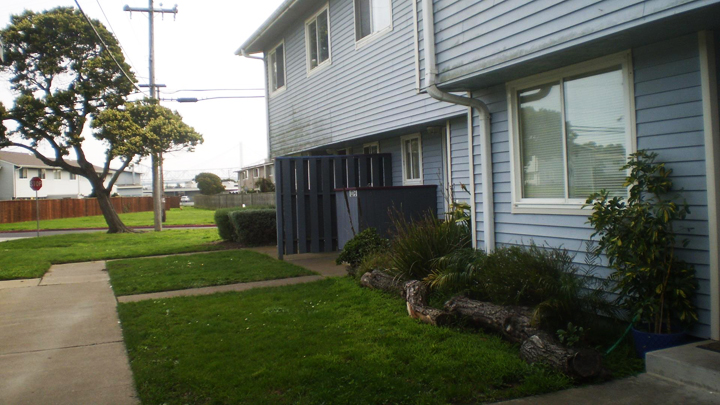 Since 2007, this 10-year Bayside Court resident has become increasingly worried observing an unfolding sequence of perplexing health effects suffered by her now-deceased mother, Kathryn herself, her husband and their three children. Kathryn’s dread has grown with her evolving suspicion that her mother’s mysterious death, her children’s strange maladies, and her husband Erik’s cardiac event are attributable to at least 14 radioactive elements, a minimum of 26 chemical contaminants and other pollutants deposited in soil after 1941, when the Navy commandeered the island during World War II.

San Francisco Bay winds surging over waves and across the island carry dust that layers in Kathryn’s window tracks, settling on furniture and rugs. To mitigate his family’s constant respiratory and congestion problems, Erik Lundgren attempted to damp down the swirling dirt grains by laying astro turf in their back yard. During the work, his body bloated with edema. He was rushed to the Emergency Room in heart failure, but survived this one-time event.

Kathryn talks about the time “my mother drowned.” During a visit to the Treasure Island townhouse, Yvonne, a vivacious elder, became nauseated and disoriented and was returned to her Oakland home. There, Kathryn’s sister discovered her mother submerged in the bathtub and applied CPR. Despite revival, neurological damage caused speech loss. In a year, Yvonne was dead.

Kathryn describes her stocky, jovial son, Mason, as a “mellow, laid-back” 18-year-old kid in whom difficult breathing triggers severe panic attacks. Sitting at his mother’s desk two years ago, Mason’s face and tongue became numb, his speech inarticulate. Unable to breathe, he became shaky and cold. They feared he would pass out. In the Emergency Room, his blood pressure was “super-high.” Mason’s respiratory problems subsided after removal of the dust-catching front room carpet. 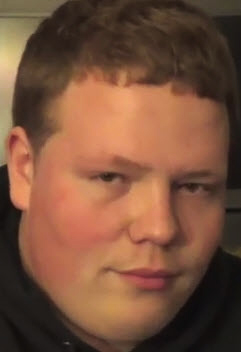 Rash patches appear intermittently on Mason’s and his youngest sister Praise’s skin. Observing the development of ovarian cysts in Praise makes Mason worry about possible testicular cancer and infertility in himself. Both teens looked forward to having families of their own.

“Blinding confusion” accompanies these panic episodes, reported Kathryn. Bussing to school, Quinn called Kathryn saying, “Mom, I’m on the street, and I don’t know where I am.”

In the Emergency Room, her blood pressure was “super low.”

“There was no final answer on what caused it, but it’s happened since,” said Kathryn. Recently, Quinn’s body went numb from hips to feet. This pattern persists from as short as four hours to as long as a day. “Sometimes it’s just one leg; sometimes it’s both. Sometimes it’s just a tingling as if the leg is about to go numb.”

These symptoms affect Quinn’s school performance. When she experiences agitation, rapid breathing and leg numbness, she must leave class to relieve stress and walk the feeling back into her lower extremities. Some days she is so lacking in energy she cannot attend school.

Two to three months ago, her hair thinned and fell out in clumps leaving the scalp visible. Lab tests showed no vitamin deficiencies. Four years earlier, the precautionary Quinn had already become vegetarian, chemical and vaccine-free. Two years later, she became vegan. After recent physiological stressors, Quinn took steps amping up vitamin B and other supplements, and her hair started growing back. Despite Quinn’s knowledgeable, conscientious health efforts, however, she can’t seem to stay ahead of apparent radioactive and chemical toxin bombardment.

Do Treasure Island toxins sicken her?

One side of Praise’s abdomen was hugely distended. At UCSF, doctors found “four or five” ovarian cysts at varying stages of growth. If the largest cyst, “the size of a golf ball,” ruptured internally, Praise could lose an ovary. 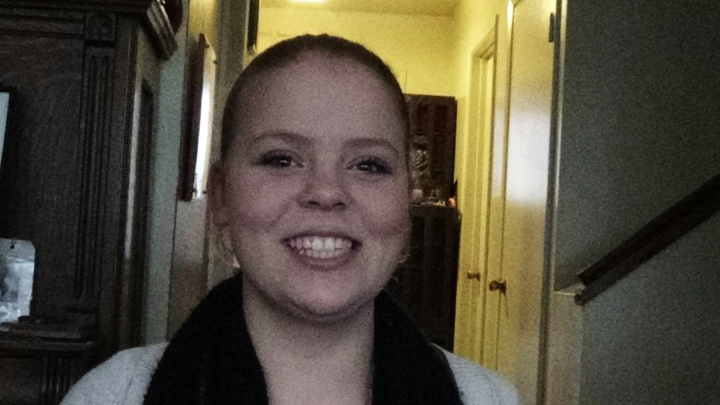 Observing her overnight, doctors advised this active pre-teen to return home and stay quiet. They didn’t want her to rupture the cyst or cause ovary torsion, which would cut off circulation and render her infertile. After four months, the cyst shrank and disappeared. However, more cysts developed.

Cysts are a cancer precursor. Medical professionals watch them for excessive enlargement. The infertility threat and the future possibility of not being a mom greatly upsets Praise.

“She is getting used to having so much pain,” along with intermittent abdominal swelling on one side or the other, said Kathryn.

“But then she started getting these weird rashes on her legs, stomach and cheeks (with butterfly rashes across her nose).” Rashes appeared on her elbows, neck and back.

“Her knees (and) all her joints were swollen. It’s like two legs put together. She could barely move or walk.” When edema and swelling diminishes, deflated pockets, formerly fluid-filled, appear underneath her kneecaps.

She was so tired “she could barely peel herself off the couch,” explained Kathryn. “At night, she was in so much pain she would end up downstairs. I moved down there with her,” so she wouldn’t wake Quinn in their upstairs bedroom.

Praise remarked that, despite her closeness to her family, she stays with friends away from home as much as possible because she does not feel safe there. Mason and Quinn follow the same precaution. Erik and Kathryn would face any sacrifice to protect their children and are considering off-island housing for them.