He was born in New Jersey 76 years ago as Rubin Carter, but most people knew him as “The Hurricane” – his ring name – earned after a dizzying career as a ferocious middleweight with a mean left hook.

Rubin’s hardest fight was not in a boxing ring, but in a Paterson, New Jersey, courtroom, where prosecutors twice tried – and twice convicted – Carter and his co-defendant, John Artis, of a triple murder of three whites in 1966 in a bar.

Rubin served 19 years in Trenton State Prison before a federal judge in Camden, Lee Sarokin, tossed the three convictions in 1985, ruling that the state’s case rested upon “racial stereotypes, fears and prejudice,” not facts.

Carter carried a laminated copy of the case in his inside jacket pocket for the rest of his life, calling it his “freedom papers.”

Rubin “Hurricane” Carter was a man of gentleness, joy, light and strength.

He had a sweet sense of humor and was, inside and out, a beautiful man.

After his freedom, he left the U.S. to live and work in Canada, fighting against corrupt convictions from coast to coast.

He once met former President Bill Clinton and told him that if his 1996 revision of Habeas Corpus law had been in effect when he went to court, he would never have been freed.

Rubin “Hurricane” Carter was a man of gentleness, joy, light and strength.

From Imprisoned Nation, this is Mumia Abu Jamal.

“They can incarcerate my body but never my mind.” – Rubin “Hurricane” Carter

For a man who spent nearly four decades of his 76 years under the restrictive eye of the U.S. correctional system, few have ever touched as many lives as Rubin “Hurricane” Carter. The world-class boxer turned wrongfully accused prisoner, turned advocate for the rights of the unjustly incarcerated, has succumbed to cancer, but his memory and work will endure as long as there are people outside and inside the prisons of the world fighting for justice.

It is difficult to think of more than a handful of prisoners in history who have had their story memorialized in popular culture quite like Rubin Carter. After his own infamous homicide conviction, Carter’s case inspired an international human rights movement. There were rallies, marches and all-star musical concerts in his name.

He was even the subject of a Bob Dylan Top 40 hit, the frenzied fiddle anthem “Hurricane.” Carter also wrote, while behind bars, the bestselling book, “The Sixteenth Round: From Number 1 Contender to Number 45472.” Finally, after his release, he was the subject of the Oscar-nominated Denzel Washington film, “The Hurricane.”

It is difficult to think of more than a handful of prisoners in history who have had their story memorialized in popular culture quite like Rubin Carter. After his own infamous homicide conviction, Carter’s case inspired an international human rights movement. There were rallies, marches and all-star musical concerts in his name.

Yet despite the overturning of his murder conviction as well as a Hollywood canonization, Rubin Carter never rested. After decades behind bars, no one would have blinked if he had coasted on his celebrity for the remainder of his days.

Instead, Mr. Carter started a nonprofit organization in his adopted home of Toronto in 2004 called Innocence International, aimed at shedding light on the cases of the wrongly convicted. Rubin Carter believed that the only thing exceptional about his conviction was the fact that people were aware and outraged that it had happened. 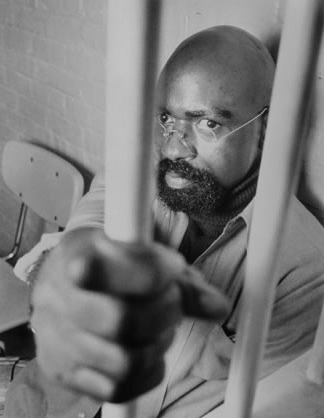 In a country with the highest prison rate on the planet, where quality legal representation is more privilege than right, Rubin Carter knew that he had left an untold number of sisters and brothers behind. He had lived the racism of the criminal justice system and he had lived among the poor and mentally ill behind bars.

Following his release, he was determined to be their advocate. Carter wrote in February, as he lay dying, that he “lived in hell for the first 49 years, and have been in heaven for the past 28 years.” For him, heaven was doing this kind of work, and struggle was the secret of joy.

I had many an interaction with Rubin Carter, never revolving around boxing or his near-miss in 1964 to win the middleweight championship. Our shared work existed in the context of campaigns for prisoners’ rights. Rubin Carter never refused any of my requests, no matter how obscure the case, to lend his name to a campaign. Like Denzel Washington said when he took Rubin Carter on stage with him when accepting the Golden Globe for best actor for “The Hurricane,” “He’s all love.”

Sure enough, during the last days of his life and in terrible pain, Rubin Carter was attempting to bring light to yet another prisoner he believed was being denied justice. On Feb. 21, 2014, Carter published “Hurricane Carter’s Dying Wish” in the New York Daily News. It detailed the case of David McCallum, who has been jailed for murder for almost 30 years, convicted at the age of 16.

As Carter wrote: “McCallum was incarcerated two weeks after I was released, reborn into the miracle of this world. Now I’m looking death straight in the eye; he’s got me on the ropes, but I won’t back down … My aim in helping this fine man is to pay it forward, to give the help that I received as a wrongly convicted man to another who needs such help now.”

Like Denzel Washington said when he took Rubin Carter on stage with him when accepting the Golden Globe for best actor for “The Hurricane,” “He’s all love.”

The best possible tribute to Rubin Carter would not be to listen to some Bob Dylan or read a few obits. It would be to contact new Brooklyn District Attorney Ken Thompson – his “action line” phone number is 718-250-2340 – and ask him to fulfill Hurricane’s request to reopen the case of David McCallum. After all, this was the dying wish of the Hurricane.

Dave Zirin is the author of the forthcoming book “Brazil’s Dance with the Devil” (Haymarket). Receive his column every week by emailing dave@edgeofsports.com. Contact him at edgeofsports@gmail.com.

In “Eye of the Hurricane: My Path from Darkness to Freedom” by Rubin Hurricane Carter and Ken Klonsky is a passage where he was asked what his legacy would be after his death:

“One day a few seasons ago, I had just finished speaking to a group of people at a Toronto high school when a young woman in the audience stood up and asked me how I wanted my life to be remembered. I had to pause a long moment, because I’d never given the question a moment’s thought.

“When I did think about it, I realized that the way people remember me doesn’t really matter. What really matters is how I remember myself, the act of self-remembering that saved me from perdition.

“I was the executive director of AIDWYC (Association in Defense of the Wrongly Convicted ) at one point in my life – a Black angel. Today, I am the CEO of Innocence International. I have been a writer and a doctor of laws. I have been many things and have many things still yet to be.

This is an excerpt from Democracy Now’s coverage of Hurricane’s passing.