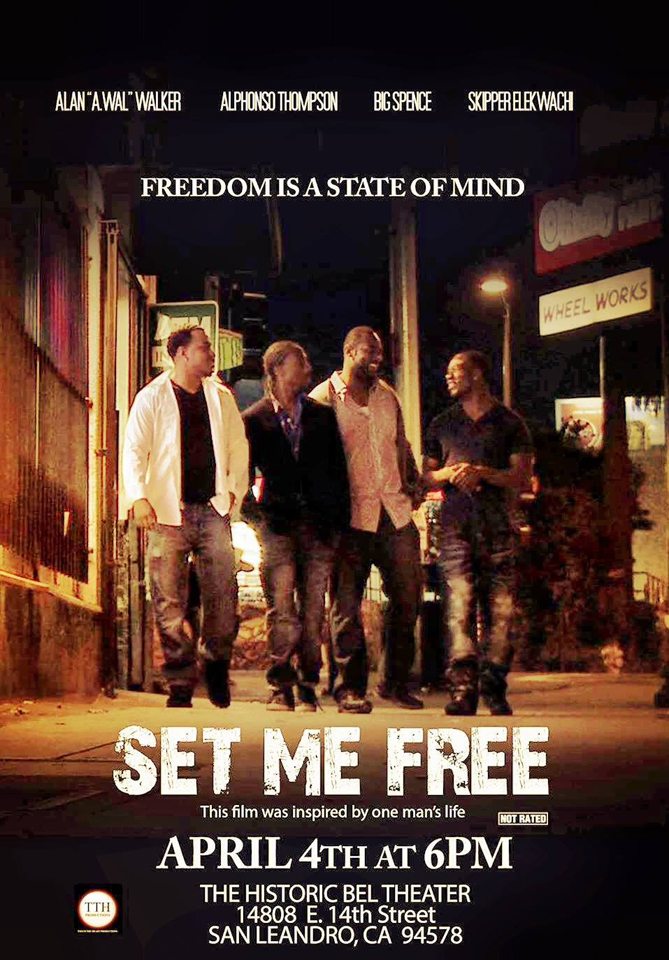 By the time this goes to press, the 12th Annual Oakland International Film Festival will be in full swing, highlighting local films from Oakland as well as exotic films from around the world. This is the second film by local director Big Spence to be selected to the film fest in as many years, but his directorial debut will be with his newest creation, “Set Me Free,” which is set to screen Friday, April 4, 6:30 p.m., at the Bal Theater in San Leandro.

Support local and positive themed filmmaking and support the Oakland International Film Festival, which starts this Thursday. You can get more info at oiff.org. Now check out this Q&A with screenwriter and director of “Set Me Free,” Big Spence, in his own words …

M.O.I. JR: What’s the name of your movie? What is it about? Where was it shot?

Big Spence: The film is called “Set Me Free.” It’s a coming of age story about four young men – Keith, Kevin, Kenny and Korey – each of whom has individual struggles that need to be addressed. We learn that each of these men has the power to change his own situations and in doing so they become “set free.” The film was shot in Oakland, San Francisco, Alameda, Hayward and Fremont.

M.O.I. JR: How long did it take you to conceive, shoot and edit your flick? What was your creative process like?

Big Spence: This story is loosely based on my life, so I’d have to say the film took a lifetime to conceive. It took three months for my co-writer Wiennie Mac and myself to write, then took about a month for my co-writer to do her revisions.

Michael Fredianelli shot the film and was also the editor for this masterpiece, and it took 17 days of principal photography. It took four months to become “picture locked,” but it’s still going through a bit of editing. The sound is still being tweaked and color-correction is not 100 percent complete yet.

The creative process was all about what I call “edutainment”; I want to educate on common issues that I see and entertain you as well. Once I knew what messages I wanted to put out, the story practically wrote itself.

M.O.I. JR: Why did you enter this film into the Oakland International Film Festival?

Big Spence: I entered “Set Me Free” into OIFF because I view Oakland as family. The first film I wrote, “Milk Money,” was the OIFF Extended Official Selection of 2013 directed by one of my mentors, Samm Styles.

I am from Oakland and the film was primarily shot in Oakland. I think the people in Oakland will walk away from this film better than they came in.

M.O.I. JR: Who were some of the other talented people that you worked with to get this film made?

Big Spence: I worked with other great filmmakers, Robert Parham, Jordan Ghanma and Eduardo Castrillo, who I was able to go to for the additional cinematography needs and help with post-production. 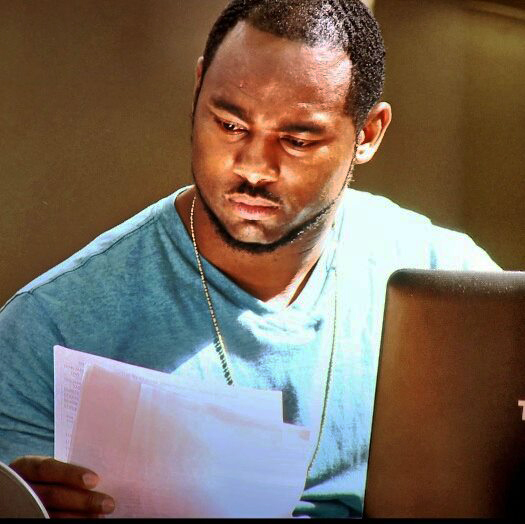 Jay Lyrie (Baby Jaymes) was my music supervisor, Centric (Chris Louray) did an original score, my first assistant director and co-producer and a lead in the film Anquenitta Williams, my publicist and one of the associate producers Sue McGaughey, my leads Skipper Elekwachi, Alan Walker, Alphonso Thompson and Jonez Cain along with the rest of the amazing cast and crew.

M.O.I. JR: What do you want people to get out of the film?

M.O.I. JR: How did you feel when you got selected to be a part of the Oakland International Film Fest?

Big Spence: It was a great feeling to be selected for OIFF because I was born in this city and shot the film here. To have my directorial debut and world premiere be here in Oakland reinforces my connection between the film and the audience.

M.O.I. JR: When and where is your film playing? Will you be speaking at any time during the festival?

Big Spence: “Set Me Free” will have its world premiere on April 4, 6:30 p.m., at the Bal Theater in San Leandro. I will be speaking at the Oakland Film Market on April 5 sometime between 6 and 9 p.m. at Jeffrey’s Inner Circle. 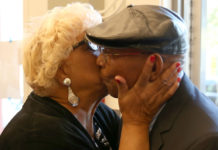