Ah, spring has sprung and here comes GIANTS BASEBALL! As is my yearly ritual, plan to be there at the season HOME OPENER, April 8! Giants vs. Arizona. RARELY do I miss the opportunity to mingle on the field with the players prior to the FIRST PITCH! Since moving to the Bayview and 3-street, it’s so easy to hop the 3RD STREET MUNI T-LINE direct to AT&T Park. 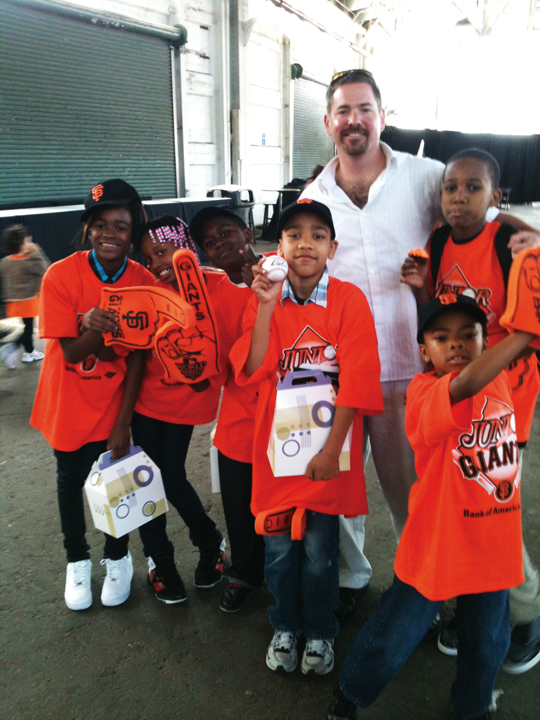 Let me tell you, I have been following the GIANTS, as a fan and reporter, since they came to San Francisco in 1958, a time when there were several BLACK players on the team. Those were the good old days, especially at Candlestick Park! The likes of the SAY HEY KID – WILLIE MAYS, Willie “Stretch” McCovey; a few Dominican players – Juan Marichal, Orlando Cepeda; Mays, McCovey and Cepeda STILL visible on Giants staff!

Disappointed that there’s a lack of Black players on the Giants team these past two years. HOPEFULLY, only temporary! Former Giants player, THE HATCH MAN – JEFFERY LEONARD, hired this season as Giants Community Ambassador. His job will be to visit various community organizations, schools, talk to at risk kids, and other duties.

Let’s make sure Leonard visits the Bayview YMCA and the WILLIE MAYS Hunters Point Boys and Girls Club, on Kiska Road! The club was dedicated in June 2008, Mays and members of the GIANTS hierarchy there in attendance as well as community folks. JAMES HOLLEY, Club House Director, said Willie keeps in touch. I might note, the club boast 95 percent Black participation.

Director Holley shared, “Willie Mays Clubhouse serves youth ages 6 to 18. We focus on academic success, healthy lifestyles, character and leadership and the arts. Our goal is to have youth ready at 18 for life! Spring baseball will take place on Wednesdays and Fridays from 4 to 7 p.m. The ages are 6-8 and 9-12 and the teams are CO-ED.”

Through the years, Mays and Giant players visit the club, baseball bats and other equipment donated. The club is part of the JUNIOR GIANTS program, a free, noncompetitive and innovative baseball program for boys and girls, ages 5-18 years old. 2014 marks the 20th anniversary of the Junior Giants.

The club’s Athletic Director JAKE BABICK, Junior Giant Commissioner, runs the Bayview program. There are eight in the City that include Visitacion Valley and Sunnydale.

MOVING ON … THE BAYVIEW OPERA HOUSE, RUTH WILLIAMS MEMORIAL THEATRE, the PRIDE of Third Street and community, CLOSED mid-March for the rest of the year for repairs and renovation; hopefully, the exterior will sparkle with a BRIGHTER paint job!

BVOH Director BARBARA OCKEL and staff will be active coordinating events. April 17, Third on Third continues. Always a crowd ready to hop a ride on the special FREE CABLE CAR , up and down Third to stop at various events and businesses that participate. Last month the cable car started in front of SAM JORDAN’S.

Check it out, May 3 and 4 is Spring Open Studios at the Hunters Point Shipyard, which BVOH is running, complete with PopUp Market and Kid Zone. May 4 is also Sunday Streets, which this year will close the southbound lane and end at Quesada Gardens. There’s a Sunday Streets community meeting scheduled, Thursday, April 3, 6 p.m., at City of Dreams, 1030 Oakdale Ave. Thanks, Barbara, for the update!

5600THIRD STREET, Armstrong Senior Complex. WHAT’S GOING ON with the commercial ground retail space? There’s a real estate sales office – seems no one’s ever there; a finance insurance office doing business (when?), and a Vietnamese Restaurant that’s been closed all year. A sign reads, closed for Vietnamese New Year. GIVE ME A BREAK! WING STOP only ACTION, AND Bayview Senior Connections office, corner 3rd and Armstrong.

Since the closing of Fresh ‘n’ Easy market, the area has suffered. Limon’s Restaurant changed their hours, Monday through Thursdays, serve lunch only, Friday and Saturday all day service; closed on Sundays. Frustrating, for there are NO resources there for senior residents especially! McDonald’s is reliable. I ask – WHAT’S GOING ON? 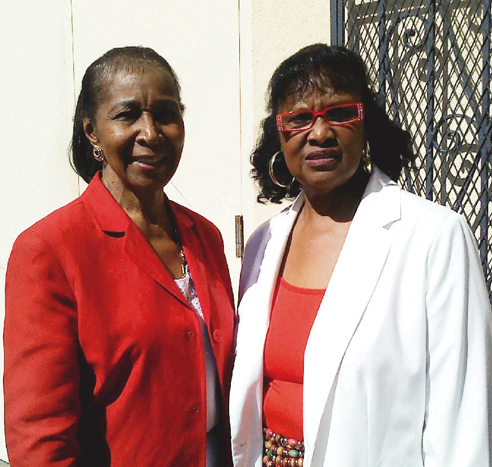 CONGRATULATIONS TO THE DAPPER SUIT MAN (E & K Clothiers – see his ad), MR. KEN WILLIAMS. I thought he was a CONFIRMED bachelor, therefore surprised when he placed an engagement ring on his CLASSY LADY’S finger – MISS CC – THE LINE DANCE QUEEN (CAROLYN BROWN). SOOOO, when will wedding bells ring?

JUST DO IT! The name of the unique POP UP CAR HAND WASH business on Third and Underwood – a BUSY corner! For the past four months, stop for a hand wash, pass a few Bay View newspapers out, rap with customers talking about community issues.

FINALLY found a spot where I can enjoy some groovy music. Traveling south on Third street onto ramp to Bayshore Blvd., to the corner of Geneva Avenue in Brisbane and the historic 7-MILE House Sports Bar and Grill! On the scene one Thursday night to hear hard blowin’ saxman BOBBY “SPIDER” WEBB and band. Guest vocalist TERRIE LONDER put a hurt on those of us in the club when singing “Change, Change, Change”! DENNIS, you got something going on over thar’ – seven nights a week!

PASSING – A dear friend, EARL “The PEARL” PERKINS (the man who, during the ‘70s and ‘80s, INTRODUCED me to THIRD STREET, AND the LA nightclub scene) passed Feb. 26, 2014. He was 74. HOMEGOING services were held in the city at Third Baptist Church, Friday, March 7.

Earl was born on July 13, 1939, in New Orleans, Louisiana, lived his entire adult life in the Bay Area. He was a fine gentleman, well-respected human being; loved life and traveling. Worked as a longshoreman (ILWU), since 1967, retired in October 1999, continued to be active at the ILWU Union Hall until his passing. ILWU Drill Squad team, CAPTAIN JOSH WILLIAMS, were Active PALLBEARERS. ILWU members turned out – crowded the church to share expressions, lively at times, praised Earl’s thoughtfulness. He was creative and innovative. Upon retirement, he took up the challenge of learning how to use social media – latest PC, camera – perfected cards and other productions to present friends on special occasions. HE WAS LOVED!

Through the years we talked often. My last conversation with Earl was when he called on Valentine’s Day, not suspecting within days he would depart this world! MY DEAR FRIEND, YOU WILL BE MISSED! REST IN PEACE!