A child who kills vs. a child who was present but did not kill – what sentence does he deserve? A child of color vs. a Caucasian child – does the system treat them the same? How about the youthful offender vs. the adult offender?

Children of color – be they Brown, Black or Red – are also treated more harshly than Caucasian children when it comes to meting out punishment for wrongs done. A White child is more likely to remain in the care of juvenile detention whereas a child of color is more likely to be handed over to general jurisdiction authorities (tried as an adult), where he will be exposed to not so lenient laws.

Personally, it has been my experience with the law that child killers and children who committed assaults are more likely than adults to be treated to the most cruel punishments. As was the case with me, a 16-year-old certified juvenile arrested and tortured by homicide detectives and gang task force officers in St. Louis City.

Though I’d unambiguously invoked my rights as guaranteed by the Fifth Amendment to the United States Constitution to have counsel present, after 10 hours of incommunicado questions – and torture – I was made to confess to committing the crimes.

Sixteen months later I was tried by a jury, convicted and sentenced to consecutive sentences totaling 227 years. My nearest parole date is for the year 2197.

Such sentences – can they be said to serve justice? Are they for the rehabilitation of the offender?

A child, according to the U.S. Supreme Court, who neither kills nor intends to kill, has a diminished capacity and is not deserving of the more “exacting standards” of the law. A child or a person who has yet to even find out what life is, in my opinion – my biased opinion – is more deserving of a chance at life than an adult who is more set in his ways.

Knowing or noticing the disparity in the sentences that are given to children and the way they are treated as opposed to the system’s dealings with adults who offend – we can’t neglect reality.

Everyone must be held accountable for his or her actions in society. It is by this ideal and principle that we learn to appreciate responsibility. So saying, the choices we make as children will affect our futures. Yesterday will be relevant tomorrow. Sometimes one’s life must be placed through hardships and trials that we might find ourselves.

But is it JUSTICE – RIGHT OR WRONG?

This correspondence is the direct result of San Francisco Bay View’s publication of December 2013, which featured an article entitled “Michelle Alexander to hunger strikers: You are true heroes for our times,” written by Sis. Michelle Alexander.

Personally, I was moved by the power of her words. You see, I too have experienced the need to strike – hunger strike – after being free-cased by one of these prison employees.

You know what it got me? It got me a bit closer to knowing myself and my own limitations. Even though it didn’t get me what I sought, those 21 days of deprivation strengthened my resolve in other areas of the struggle.

In July 2013, after being made to suffer at the hands of guards who were retaliating against me and my brothers, Hashim Muhammad, Barry Baker, Dorian Perry and Larry Vassar X, for an incident which took place on Sept. 28, 2012, in which multiple guards were assaulted. For 28 days in July 2013, myself along with the brothers were treated to the justice of America’s hate, a hate of racial prejudice, separatist ideals, sexism, classism etc., all being the direct result of hate and ignorance. We suffered much in the way of dehumanization.

We were stripped down to the skivvies (boxer shorts), and all the bedding and personal property – writing materials and legal papers – were removed from our “assigned cells.” For the better part of July we slept on concrete slabs and were made to submit to wrist and leg restraints every hour on the hour for three days that the officers might go in and search our cells while we knelt on the concrete floors outside the cell doors for 15-25 minutes each time. Comrades, that’s 72 hours and 72 cell searches.

Having gone through a hunger strike prior to this, I knew what I could endure. The moral of this brief telling is that sometimes we have to suffer to get results, and though those results may not be the resolution we sought, life has a way of giving us exactly what we need, that we might continue in the fight.

Who am I? I’m another Black thought-seeking form, a child from thunder and dark clouds seeking calm beyond the storm. I’m flight from cold rains, desolate lands and hatred’s heart as I search for solace and warmth. I AM YOU, BLACK MAN! 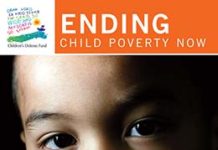