“Kill Team” is a very well put together documentary about a number of U.S. soldiers based in Afghanistan who were caught being a part of a kill team that would routinely kill innocent civilians. This is a rare glimpse into the true mind state that imperialism breeds. “It was impossible to not surrender to the insanity of it all,” said Cpl. Jeremy Morlock, one of the subjects of the film. 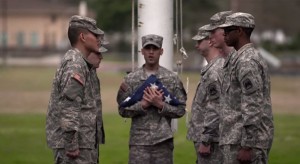 It is the story of a half dozen white American bred boys who are looking for adventure in their mundane young adult lives by joining the military and killing whoever the financial and military elite of the United States puts before them. Movies like “Top Gun” and military commercials on television had brainwashed them and many other people into thinking that the military is about honor and integrity, but this is one of the few stories that have made it from behind the U.S. government’s veil of secrecy on what is really going on on these battle fields around the world.

Specialist Adam Winfield blew the whistle on a number of incidents where the platoon Staff Sgt. Calvin Gibbs, who was eventually convicted of murder and given life, would orchestrate kills of innocent people while on missions, then drop a weapon by the body and act as if he and others only committed murders while they were under attack.

A number of former soldiers also testified, on film, to the fact that Gibbs was making a necklace out of human bones and had tattoos marking the times he committed murder. As payback for speaking up, Adam was one of the 11 soldiers who were court-martialed and convicted in The Kill Team Trials in military court.

“Kill Team” is a very well put together documentary about a number of U.S. soldiers based in Afghanistan who were caught being a part of a kill team that would routinely kill innocent civilians.

This documentary is for anybody fascinated by the mentality and psychology promoted in the U.S. military to get their paid mercenary soldiers ready to steal resources and control populations on an international level. It is also a look at how the U.S. government covers up its war crimes with a very sophisticated propaganda machine.