TaLea Monet, aka Ms. Incredible, is an MC based in Frisco’s Hunters Point with skills and a very distinct voice. She recently dropped her debut album titled “Birth of a New Breed,” featuring her two beautiful children on the front cover. I wanted to sit down with this hometown shero and talk about her history and her latest musical offering to the people. Hear’s Ms. Incredible in her own words …

M.O.I. JR: Can you tell the people when you got into rhyming? Who were the first MCs to inspire you?

TaLea: I’ve been into rhyming since I was a little girl. I was more into the poetry aspect of expression at first, but around 13 or 14, the poems slowly started turning into little raps.

The first person I can remember who had a major influence on me was my big sister. I would always find raps she had written and she would always be in a cypher rapping holding her own. It left a powerful impression on me. Other MCs include Tupac, Heavy D, Queen Latifah, Jay-Z, Nas, Lauren Hill, the list could go on forever!

M.O.I. JR: When did you decide that you wanted to rap? Is it a hobby or is it a potential career move? Please explain.

TaLea: I never really just woke up one day and said to myself, “You know what? I think I want to rap!” It’s more like something that has always been a part of my life. As a child, I would make up all types of little songs and raps and have my sisters and friends sing them. Then in my teenage years it just stuck with me. You could catch me beating on a lunch table busting silly little freestyles and just enjoying myself. 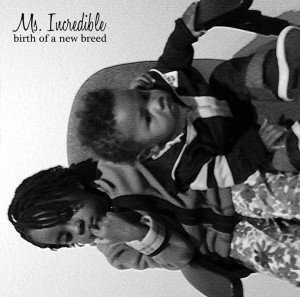 When I turned 18, I had my first taste of the recording studio and that pretty much just sealed the deal. I’ve been recording ever since, but never with the intention of getting signed. It’s been more of a way in which I’ve been able to express and articulate my life experiences – the things I’ve learned along the way – in hopes that there was somebody who could relate.

M.O.I. JR: What’s the name of this album that you are putting out? How many albums have you put out before this?

TaLea: The name of this album is titled “Birth of a New Breed” and it’s actually the first official project I’ve released. I’ve put out numerous songs before this, but never a full project.

M.O.I. JR: What kind of material do you rap about on this album? Who did the production?

TaLea: I rap a lot about my life experiences, my perspective on certain issues and spiritual trials and triumphs I’ve encountered. All in hopes of birthing a new me, a new reality for myself, my children and others. There were a few producers for this project – Tarikh Mizan, Izreal Beats and Andrew Meftah all contributed to the production.

M.O.I. JR: Do you have any features? Who? How did you choose who you wanted on your album?

TaLea: No, I decided for the first official project I wanted to just go solo. But I have so many people I want to work with on future projects.

M.O.I. JR: How do you manage your music career with being a full time wife and mother?

TaLea: Honestly, I have no idea! It’s like with most other things when you are married and a parent, you just make it work. It kind of helps that my husband is an artist too, so a lot of the things we do are centered around music. When it comes to recording and doing shows, they are usually right there with me, so it’s really not much of a separation between my music and home life.

M.O.I. JR: What do you want people to get out of your music?

TaLea: I want people to get whatever they can take from my music. A lot of my material is not really a one size fits all type of deal, so two people could take different things from the same track.