by Stephen A. Crockett Jr.

While the country is still reeling from the news and aftermath of the fatal shooting by police of unarmed Ferguson, Mo., teen Michael Brown, KTLA is reporting that a 25-year-old mentally challenged man was shot and killed in Los Angeles while lying on the ground. His family says he was complying with officers. He was also unarmed.

According to the news station, Ezell Ford, 25, was only blocks from his South Los Angeles home Monday when officers stopped him. Police claim that it was an “investigative stop” but have not stated why Ford was being investigated. According to police, a struggle ensued and police “opened fire,” indicates a Los Angeles Police Department news release issued Tuesday and viewed by the news station.

Ford was taken to the hospital and underwent surgery, but he died from his injuries, according to the news station.

A police spokesman told the news station that officers received minor cuts during the incident and didn’t need medical attention, but a statement released by the LAPD indicated that no officers were injured.

Ford’s family tells a very different story. They claim that Ford was shot while he lay on the ground complying with the officers.

A witness who did not want to give his name, but told the news station that he was Ford’s cousin, also said that Ford was mentally disabled. “They laid him out, and for whatever reason, they shot him in the back, knowing, mentally, he has complications.

“Every officer in this area, from the Newton Division, knows that – that this child has mental problems,” the man said. “The excessive force … there was no purpose for it. The multiple shootings in the back while he’s laying down? No. Then when the mom comes, they don’t try to console her … they pull the billy clubs out.”

A witness who did not want to give his name, but told the news station that he was Ford’s cousin, also said that Ford was mentally disabled. “They laid him out, and for whatever reason, they shot him in the back, knowing, mentally, he has complications.

Ford’s mother, Tritobia Ford, told the news station that when she arrived at the scene to try to get information about her son, she was pushed to the ground. She also claims that police wouldn’t tell her what happened to her son or where he had been hospitalized.

Police officials told the news station that they were unaware of any information being withheld from Ford’s mother.

“My heart is so heavy,” Tritobia Ford told KTLA. “My son was a good kid. He didn’t deserve to die the way he did.”

News of Ford’s death was shared on social media, and KTLA reports that a rally is being organized for 3 p.m. Sunday at LAPD headquarters.

KTLA reports that a rally is being organized for 3 p.m. Sunday at LAPD headquarters.

“The killing of Ezell Ford – coming on the heels of the Michael Brown killing in Ferguson, Missouri – again raises the issue and problem of tense police-community relations,” Hutchinson said in a statement viewed by KTLA. “This is the sole reason we have called for a meeting … to get all the facts in the shooting and for assurances that the shooting will be subject to the most rigorous review to determine if there was any wrongdoing in Ford’s death.”

Stephen A. Crockett Jr. is associate editor of news at The Root, where this story first appeared. Follow him: @SACrockettJr. 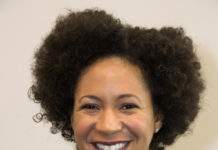