Sacramento – On Aug. 29, the California Assembly approved AB 885 by Assemblymember Tom Ammiano, passing a milestone measure to limit trial misconduct by prosecutors. The bill would allow judges to inform a jury when a district attorney has been found to have intentionally withheld significant evidence. The bill’s next step is to go to Gov. Jerry Brown’s desk.

“I recently met 40-year-old Obie Anthony, who has spent nearly half his life in prison because prosecutors hid evidence that would have pointed to his innocence,” said Assemblymember Ammiano. “A court has now completely exonerated him, but that exoneration has come 20 years too late. We need this bill to stop the few prosecutors whose zeal for convictions leads them to cut corners on justice. We can’t wait decades to free the innocent while the true perpetrators run free.”

“Brady violations have become an epidemic in our justice system, where rogue prosecutors prioritize a conviction over the truth,” he said. “The ‘convict at all costs’ mentality of some prosecutors does not ensure justice in our state and robs Californians like Obie Anthony of their due process rights and their freedom.”

Although such non-disclosure of evidence is prohibited under U.S. Supreme Court decisions, the consequences for prosecutors are few. And, while defendants can use that non-disclosure in appeals, that can take years. Having this tool available to courts should mean that all prosecutors will disclose all evidence and that innocent defendants will have a fair chance to stay out of prison.

“AB 885 could have saved me from spending 17 years in state prison,” said Anthony, who spoke to legislators in the Capitol this week. “I was happy to be a part of helping get this bill passed and hope that it helps others like me before they are wrongfully convicted.”

“The 1963 Supreme Court ruling in Brady v. Maryland purported to assure that a defendant would be provided by the prosecutor any evidence that was exculpatory,” said Scott Sugarman, president of California Attorneys for Criminal Justice, sponsor of the bill. “However, way too many prosecutors pay little or no attention to their constitutional duty to disclose exculpatory evidence. This bill attempts to impose a meaningful sanction when the prosecutor fails his or her duty to comply with this constitutional obligation.”

The governor has until Sept. 30 to sign the bill.

Carlos Alcalá, communications director for Assemblymember Ammiano, can be reached at Carlos.Alcala@asm.ca.gov. 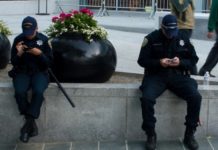